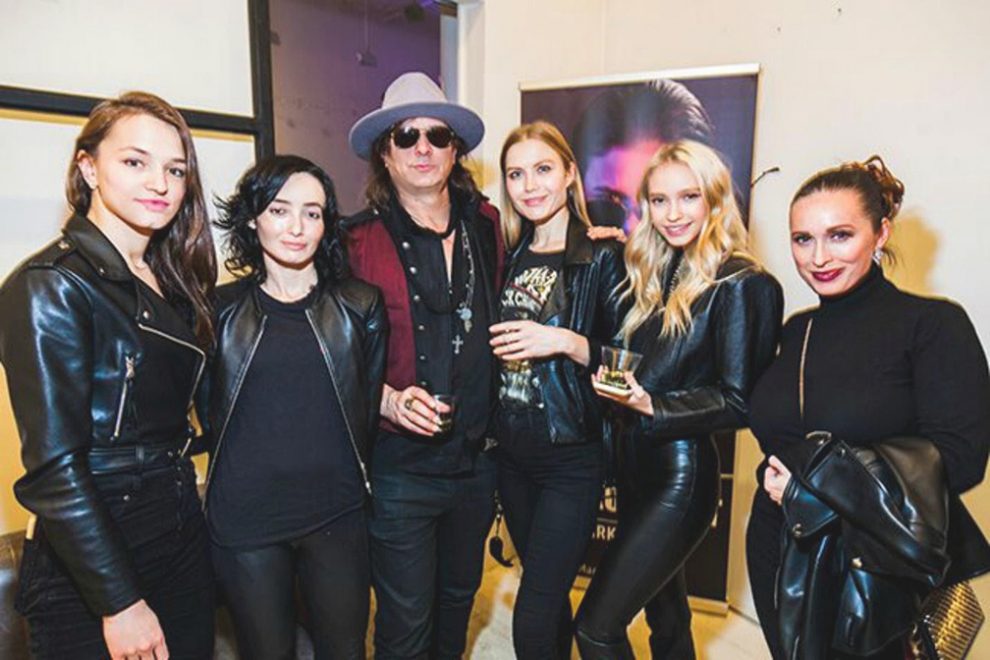 Art is, and always will be, a loyal representation of society. Save for the universal themes that find their way into an artist’s works (love, loss, beauty, nature, and so on), an era’s values and symbols will eventually find their way into paintings, sculptures, and music. It’s simply inevitable and, some argue, it’s one of the ways that artists can connect to their audience: by referencing things, values, characters, settings that feel familiar and relatable. Art can also be tied to a place. So, if looking at Michelangelo’s High Renaissance art on the Sistine Chapel makes us think of 16th century Italy and Monet’s works conjure images of 19th century France, today’s vibrant multimedia paintings are the perfect mirror image of New York.

And, if we can pinpoint an artist that has managed to move this genre forward and sum up new York’s vibrant energy, that artist is Marko Stout. In less than a decade, Stout has not only managed to rise to the ranks of the New York art scene but also become a pop icon himself. Very much like the genre he so well depicts, Marko Stout is a veritable character whose shows exude glamor and eccentricity.

Though frequently compared to Andy Warhol, Marko Stout has a different approach to constructing his themes; while Warhol’s attention fell on the mass-produced, Stout’s works focus on real, personal experiences.

Marko Stout was born in South Africa, a place where he didn’t spend much of his life, but which influenced his artistic perception later on. Discouraged from pursuing his talent as a child, Stout instead got a degree in evolutionary biology from Princeton University and then worked in Brooklyn at a Veteran’s Hospital. But, after spending more time with his neighbor, an artist trained at the Art Institute of Chicago, Stout decided to come back to his calling and featured his first paintings at a local gallery owned by his neighbor. From here on out, Marko Stout’s artistic career would follow an astronomic ascension that culminated with his very own exhibition at the prestigious Tribeca Gallery in New York City, where he caught the attention of critics, art aficionados, influencers, and celebrities.

An eclectic style that portrays an ever-changing city

Inspired by the stories of day-to-day individuals, Marko Stout uses painting, sculpture, photography, and metalwork to tell touching stories in a style that perfectly encapsulates the spirit of 2020 New York. Stout doesn’t shy away from addressing controversial topics or reinterpreting timeless themes in a bold, outspoken way. Like he confessed many times in interviews, Marko Stout is inspired by New York’s street-level “superheroes,” people whose stories are more complex than we think and whom he finds more interesting than celebrities. That complexity can be hard to lay out through a single medium, which is why Stout frequently employs striking associations of colors and textures and extra-sensorial experiences.

“Chelsea Girls,” one of his best-known exhibitions, is the perfect example. Inspired by the independent women of New York, Stout did a visual celebration painted in vibrant hues of red, yellow, and orange. Acclaimed for its raw elegance, “Chelsea Girls” is an ode to the modern woman, who’s fierce, independent, and embraces her sexuality. Queens of the urban wilderness, Stout’s subjects lack the vulnerability that they’re usually portrayed with, and are ready to take on the world.

Like New York’s spirit, Marko Stout’s work is diverse and ever-changing. You never know what to expect from his newest exhibition, but it always pays off because Stout has a way of grabbing the viewer’s curiosity through vibrant shades and uncanny multimedia combinations and then winning their attention through the subtleties of their undertones.

The modern art consumer doesn’t just want to look at a painting; they also wants to experience it, and that’s where the in-person event comes to complete Marko Stout’s works.

Although looking at one of his paintings, even on a computer screen, is a beautiful enough experience, it’s at the live exhibitions that we can experience their full meaning. Taking advantage of the opportunities of modern art, Stout uses every medium to help the visitor immerse themselves in the motifs. For example, when touring the US with “Chelsea Girls”, Marko Stout, he also included a film to complete the experience. Titled “Manhattan Project No.9”, the film has new-wave and film noir influences and offers an awe-inspiring trip for the senses.

Marko Stout’s exhibitions fit like a glove in New York’s cosmopolitan scene, and it comes as no surprise that they’re a celebrity magnet. With every exhibition, Marko Stout generates even more curiosity around his eccentric glam-rock star persona, and he’s often mentioned on social media. Among his biggest celebrity fans, we should probably mention Billie Eilish, the Kardashians, Boy George, Shangela, and Debra Messing, whom we see frequently attending his exhibitions.

Marko Stout is also a favorite of modern art collectors, and he’s an active presence on social media. Through the bold themes he addresses and the unique way he uses multimedia techniques, he has become a refreshing, energizing presence on an art scene that was slowly losing its touch.

Although he reached fame on the New York art scene, and this is the city that Marko Stout feels best represents him, we’ve been seeing more of his works popping up in overseas galleries too. Berlin, Paris, Tokyo, Hong Kong, these are just some of the cities where Marko Stout held his exhibitions, and we can’t wait to see what’s next for the artist.

Music that can get you through the lockdown: secrets of the perfect quarantine playlist
From ‘VR Myst’ to the Retro Arcade: Much of The Next Generation of Gaming Means Looking Backwards