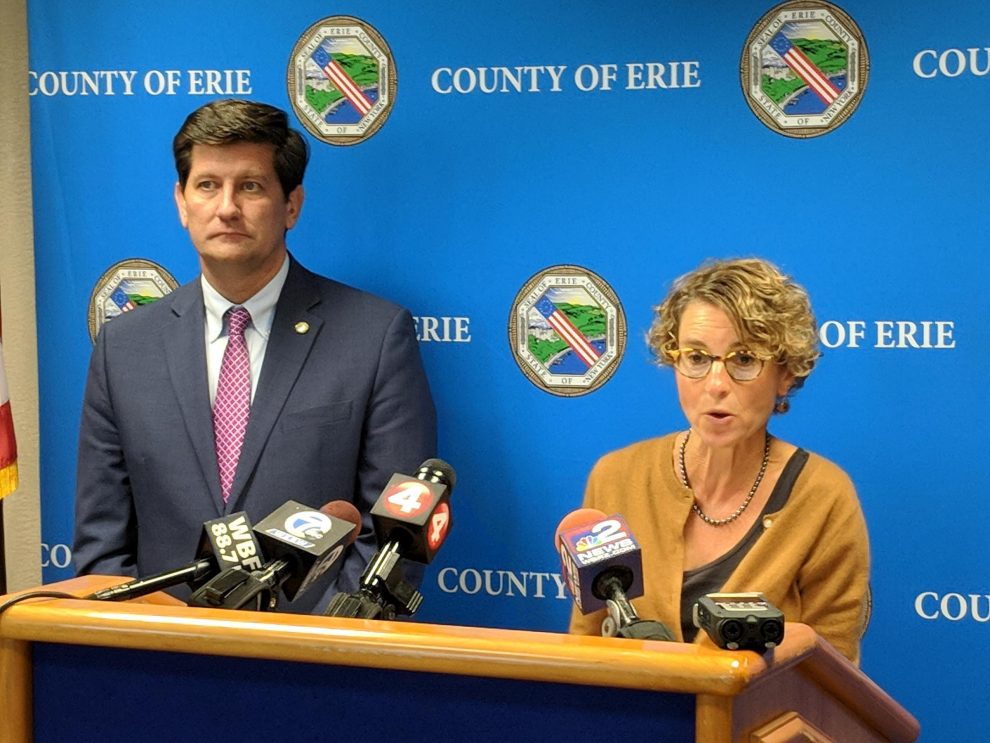 It appears that the ‘extremely dangerous, highly contagious deathly disease‘ of Covid 19 is not being taken seriously when it involves people close to Erie County Exec Mark Poloncarz or Erie County Health Commissioner Gail Burstein.

Ryan Poloncarz, nephew of Erie County Executive Mark Poloncarz tested positive for Covid 19 after attending a large Halloween party at Como Park, of which he bragged about attending on Social Media.

Co-workers have been instructed to ‘report for work as usual’ and given the OPTION to test for Covid-19  “if they want”.

Gail Burstein’s Health Department made the decision to have the rest of the employees report to work and gave them the ‘option’ as to whether or not they want to test for Covid.

This was not made known to the public by the health department, the Parks department, or the Erie County Executives office.

Doesn’t this put the rest of Erie County at risk?

Even more troubling, Ryan Poloncarz obtained this job during a hiring freeze.

Controversy swirls around the fact that ten union employees applied for a Parks Department job and the nephew of the Erie County Executive got the job.

It is not known at this time whether he was more qualified for the job or if he got the job because of his connection with his uncle.

Why would the Parks Department hire ANYONE during a hiring freeze, much less the nephew of the Erie County Executive?

Ryan is at home quarantining, but his co-workers are at work.

Is he collecting his pay while he is at home?

Erie County has received $160 MILLION dollars in aid to fight the corona virus.

Three point six million dollars has been paid to Erie County workers in overtime and more than 5.8 million has been paid in salaries to employees who were not able to work and who could not work remotely!

THAT’S ALMOST 4 MILLION IN OVERTIME AND NEARLY 6 MILLION PAID TO PEOPLE WHO DIDN’T EVEN WORK.

Mark Poloncarz warns us every single day about the rise in ‘cases’, scaring many people into submission, while in actual fact, he and his cronies are raking in the dough.

It is no wonder why he wants to keep this ‘crisis’ going.

If this very same scenario happened to any one else, he would be shutting them down.  But, instead, he and the Erie County Health Commissioner have decided to keep it secret.

WE have decided to let you know about it. But we still have some questions.

Have the contact tracers even looked to see if he has been in contact with his nephew Ryan who has tested positive for this speciously deadly but very profitable disease?

With tens of thousands out of work and barely making ends meet, Poloncarz and Burstein seem hell bent on a reign of terror and destruction while lining their pockets with gold.

This begs the question:  What ELSE are they hiding?

Is this ‘disease’ as deadly as Poloncarz and Burstein want us to believe, or is it a convenient crisis to be utilized by a certain few for monetary gain at the expense of the rest of us?

You be the judge.

How long are you going to just sit back and let politicians tell you what you can and can not do, especially when it comes to your health and your livelihoods?

It is time for the people of Erie County to start asking the penetrating questions and to stand up for their rights.  Thousands have lost their jobs, their businesses and everything that they have worked their whole lives for and a select few are making an awful lot of money off of your misery.