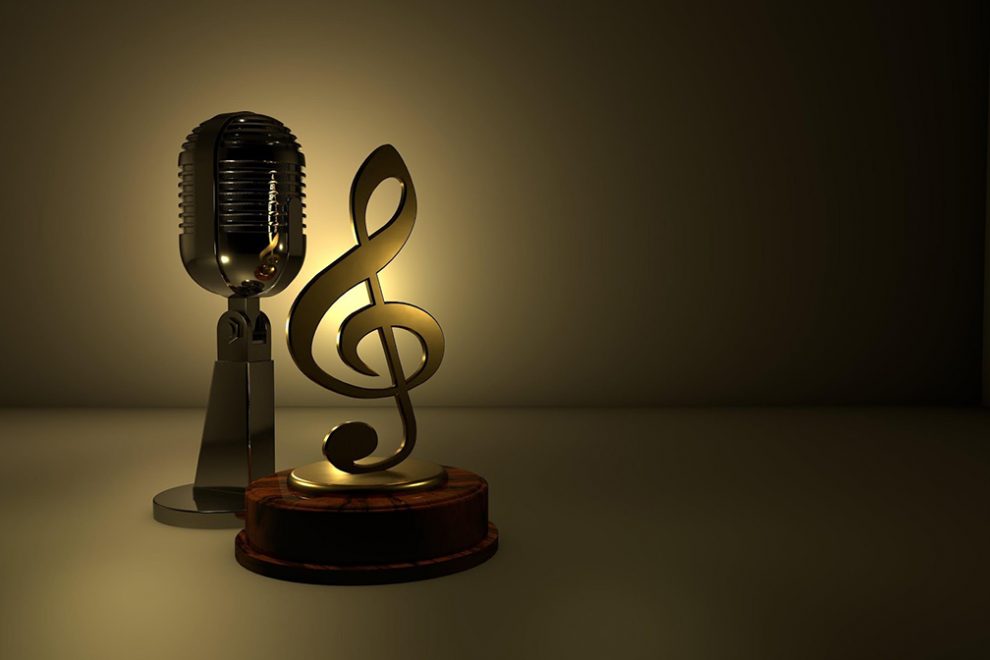 Some classic movies, such as Saturday Night Fever, Grease and the James Bond series would not be the same without their iconic soundtracks. Movie companies know that they can receive a boost in sales from their soundtracks mainly when a famous artist is featured, and equally, an artist can receive some of the best publicity from the success of a film.

So, by now, it is a known fact that movies and music go hand in hand and work together to be successful. In recent years we’ve seen more and more movies sourcing some incredible musicians to create hit songs that reached number one in the charts.

Here are a few of those tracks and the masterminds behind them.

James Bond is a movie franchise that knows just how to make an iconic top-grossing song. With that being said, it wasn’t until Sam Smith – with his song ‘Writing’s on the Wall’ for the 2015 movie ‘Spectre’ – that a James Bond theme tune managed to crack the number one spot in the UK charts.

Even Adele’s song ‘Skyfall’ from the 2012 film of the same name couldn’t achieve that, only making it to number two in the UK chart, despite Adele winning an Oscar and Golden Globe for this beautiful track.

The rumors are that the James Bond franchise has managed to do it again with the latest track coming from the young and extremely talented Billie Eilish. Eilish, who has only become popular in the last two years, is one of the most influential singers of her time. There’s little doubt that her involvement in the film has gone some way to cementing her success in the mainstream music industry.

With no potential release date for the last Daniel Craig James Bond film, it’s surprising to find that the song ‘No Time To Die’ has already reached number one in the UK chart and achieved over 90,000 chart sales and over 10.6 million streams.

A genius move on behalf of the James Bond Franchise to involve such an influential and young artist. The movie is due to be released in April 2021 and is sure to see an increase in ticket sales from the younger generations thanks to Eilish and this number one hit.

Let’s look back to 1978, and the film ‘Saturday Night Fever’ with its number one track ‘Night Fever’. John Travolta and his tight flares are the stars of this iconic movie along with its music, which was written and performed by three brothers – the Bee Gees.

The Bee Gees famous song ‘Night Fever’ hit number one and stayed there for two weeks, with the album managing to achieve an impressive 12-week streak at the top. ‘Saturday Night Fever’ is an iconic movie that should be on everyone’s ‘must-watch’ list.

‘Grease’ – Pretty Much the Whole Soundtrack!

Staying in 1978  and with John Travolta, this song featuring Olivia Newton-John, ‘You’re the one that I want’, spent an incredible nine weeks at number one in the UK charts and became the fifth-biggest selling single of all time, selling over 2.07 million copies.

We just had to mention this chart breaking hit before moving back to the more modern times.

The movie ‘Fifty Shades of Grey’ took the world by storm and had people talking for months. A best selling book became a sell-out film that had the viewers hypnotized from the word go, and the soundtrack perfectly complements this cinematic experience.

Ellie Goulding wrote and performed the track ‘Love Me Like You Do’ that spent a month at number one in 2015 and sold over 1.76 million copies to the delight of Goulding and Universal Pictures.

Lady Gaga with Bradley Cooper – ‘Shallow’ from ‘A Star Is Born ‘

This emotional yet inspirational movie had one of the most potent soundtracks of modern-day times. Lady Gaga truly shone in her debut performance as an actress and also as a singer.

The duet ‘Shallow’, sung by Lady Gaga and Bradley Cooper in 2018, gave Gaga a number one hit for the first time in 8 years. It spent two weeks at number one in the UK charts.

The song not only reached number one but also received an Oscar after Cooper and Gaga performed a live version of ‘Shallow’ at the awards in Vermont, USA, that captured the audience and was said to be an emotional performance.

Pharrell Williams – ‘Happy’ from ‘Despicable Me 2’

The song ‘Happy’ is what it says it is. The theme tune is a happy and joyous song that is sure to get the whole family moving as you watch this hilarious family movie over and over again.

This song was so successful, it became Pharrell’s third million-dollar seller of the year and the biggest track of 2014 with over 1.94 million downloads and achieving the title of one of the biggest-selling single of all time.

So, there’s no doubt about it. Behind every successful movie, there’s a brilliant soundtrack. With movie producers being very strategic with their choice of artist, we’re sure to see some more top hits coming from the film industry in the future.