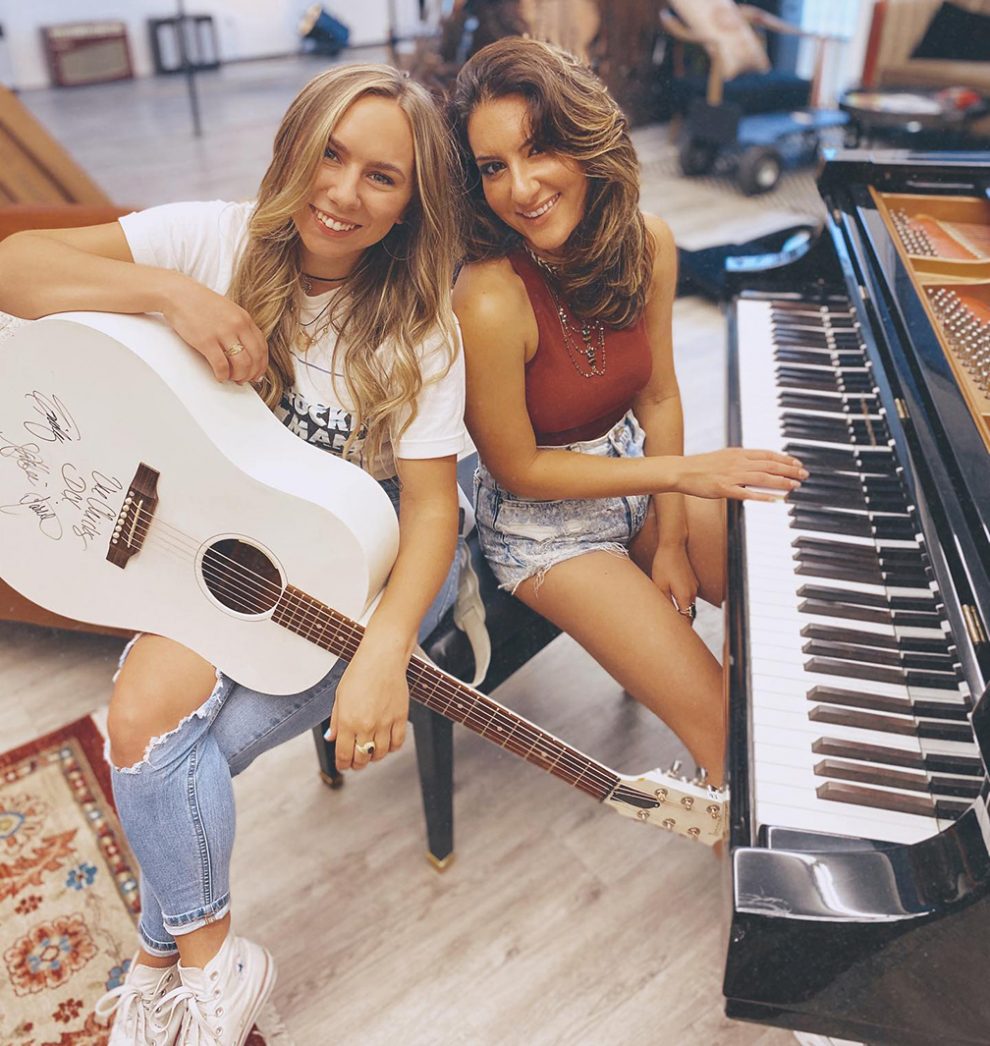 Honey County premiered their new music video for their latest single “Cry Wolf.” The duo, consisting of Dani Rose and Sofie Lynn, follow up the release of this country-pop single with a video that captures the song’s metaphor as they perform their song in the sparse wilderness of the California desert. As the sun sets on the desert landscape the lyrics profess about a serial drunk-dialing ex, the majestic wolves come out to play under the light of the full moon.
Filmed in Joshua Tree the band said “We are grateful to our team, a skeleton crew of three people and the fine food of the Joshua Tree Saloon, which fueled us on this all-nighter shoot!”

About Honey County
Rooted in southern storytelling, punctuated by pop hooks, and brushed with California sunshine, Honey County is a harmony-heavy country duo featuring Dani Rose and Sofie Lynn. Formed in Los Angeles, the band also has roots in the Bible Belt and Texas. That diversity is reflected in Honey County’s music, a blend of contemporary country and timeless pop/rock that makes room for Nashville twang, West Coast harmonies and everything in between. Rose and Lynn created their own musical landscape: a place where the songs are anthemic, the harmonies are soaring, and two empowered women run the show. It’s a sound that’s taken Honey County around the world, from international shows in the Middle East and Africa to performances at American festivals like Stagecoach and CMA Fest. Along the way, they’ve earned raves from Rolling Stone Country, the LA Times and Billboard. Their songs have been featured in NFL commercials, HBO’s True Blood, CW’s Roswell and three episodes of Yellowstone. Honey County has left its unique mark onstage, on-air and in the recording studio. Fueled by an appreciation for the country artists who’ve come before them and an appetite for breaking new ground, Honey County is excited to release new music and chase down new horizons. For more information