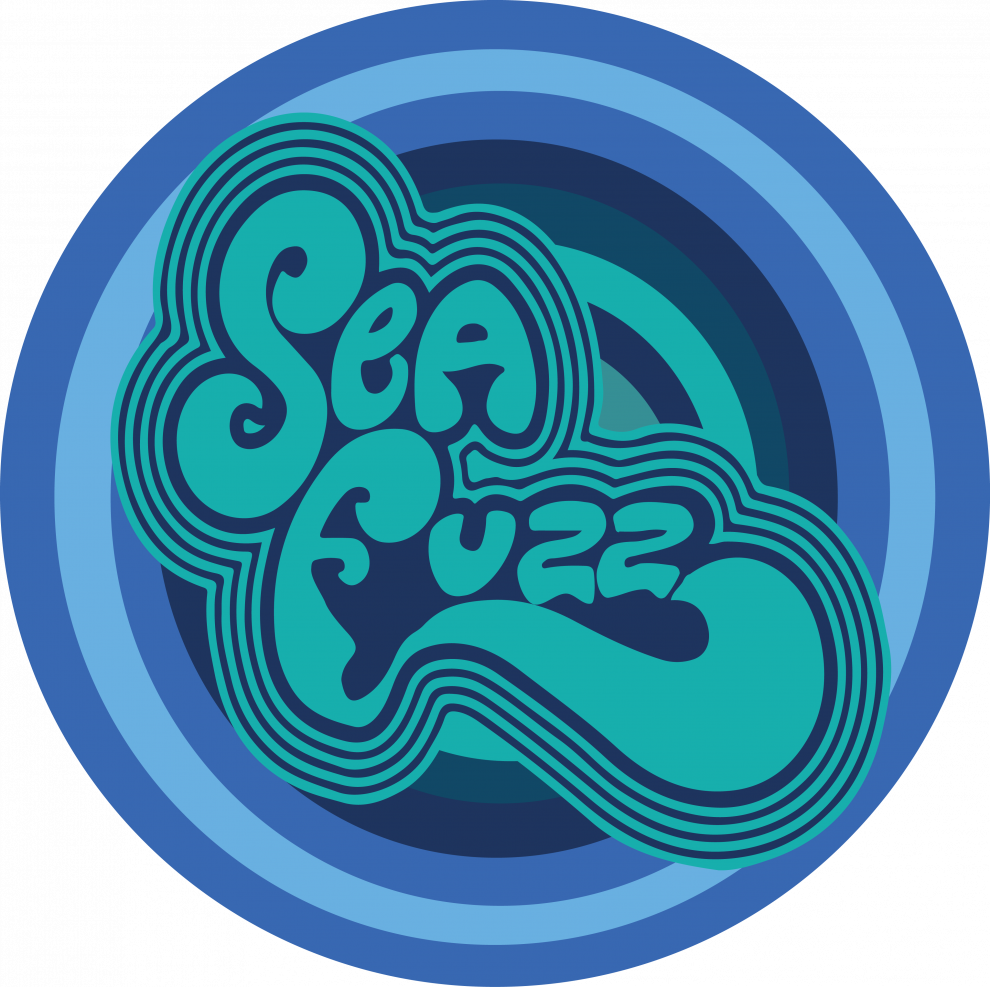 The genre of ‘surf rock’ is nothing new.

Going back to the 60s, artists like Dick Dale, The Ventures, and of course, The Beach Boys, all were responsible for ushering in a new style of rock & roll inspired by the driving grooves, meandering instrumental breakdowns, twangy guitars, and of course, the surf culture of the west.

The laid-back attitude of the California community combined with the renaissance of groovy music of the time would go hand in hand to define the aesthetic of surf rock.

‘Surf rock’, however, hasn’t been confined to the 60s.

Bands like Ty Segall, Wavves, La Luz, and many others have either borrowed that iconic sixties twangy sound or straight-up took that beachy aesthetic and applied it to their own music.

Sea Fuzz is somewhere in that category.

Back in the day…

Sea Fuzz’s first album Groovin’ in the Eternal Now dropped in 2014 when the indie scene was still bursting at the seems with indie beach-inspired music—Beach House, Beach Fossils, Surfer Blood… shall we go on? — and it garnered some praise among indie bloggers.

The second self-titled EP was essentially an extension of the first. Ben Heckler, the mastermind composer and behind the Sea Fuzz music tells us:

“All the songs from the second EP were from the same era as the first. I had already moved to Burgos (Spain) since the first release and all I could really do was edit and add vocals at that point.

All the instrumentals had been recorded, so I would just move stuff around, put new vocals on them, etc.”

They won Deli Music Magazine’s Artist of the Month award. They were finalists to play in Spain’s 2016 Mad Cool Festival. The indie label Spirit Goth records released their music to Spotify and other platforms. And blogs were excited about the band’s next release.

In 2017, Sea Fuzz released its third album, Sky Gazing, which although was a bit of a departure from the previous releases, received quite a bit of attention and was featured in The Deli Magazine, When the Sun Hits blog, and Atwood Magazine.

With Heckler now living in Spain, the band had now become active in Europe and they were playing shows all around in Madrid with Andres Sabio and Diego Martin.

Instead of bite-sized 2-3 minute shoegaze-y pop tunes as in previous releases., the band’s sound had transformed and included a number of 5-7-minute long dreamy grunge epics.

Since 2019, Heckler has again moved cities and the live band is now active Barcelona, where they play shows as a three-piece with Carlos Pedrell and Alberto Falsina.

The band has just released Ocean Dreams on all platforms and has released both its music videos.

Although it’s their first release since the spring of 2017, the band has not been slacking.

In 2019, the band released a single for a song called “Sand Monster” with a music video. The video in itself is hilarious — a parody of a B-movie complete with a beach monster who after attacking and turning three girls into his hypnotized minions, all chase after the protagonist.

“It was a film school project and I got the help of some amazing cast and crew. Jero Cocquyt and I scouted out locations, planned out the script, and we shot it in the morning with everyone.

We also got the help of Juan A. Fernandez and Yolanda Torres to get some awesome underwater shots. It was a great exercise in filmmaking, and it got me hungry for more.”

The Sand Monster music video would be the launching off point for two other related videos on Ocean Dreams—’Submarine Party’ and ‘Eyes in the Wild’.

“The original idea was to do a video for every song on the new album. I still have scripts for all of them. But honestly, as much fun as that would have been I became more interested in getting the live band together.”

And honestly, I think we are okay with that — since the live band freakin’ rocks.

Heckler, who now resides in Barcelona, has put together a live band for the project and they have been playing shows in both Barcelona and Madrid.

The live band, made up of native Barcelonian Carlos Pedrell and Italian ex-pat Alberto Falsina, have been playing together since the start of 2019.

You can see a series of live videos they’ve posted of new and old songs performed live—my favorite moment is the jam at the end of Submarine Party where we get to see the band improvise on something that isn’t directly on the album.

The new album goes even a step further than their previous album Sky Gazing. In some ways it’s more accessible—fast upbeat songs, immediate catchy melodies, and not as many shoegazey ventures off into the abyss.

However, Ocean Dreams is still quite trippy. The album takes many liberties to delve into trance-like shamanic escapades of psychedelia.

The album starts with ‘Mummy Walk’, a groovy instrumental song where samples of voices are abundant and among them, the voice of Vincent Price can be heard telling the listener that “magic is everywhere”.

This sets the pace for the album—and as the groove and guitars intensify, the listener gets sucked into the stereo field of voices saying inaudible things. It almost feels like a curse is being cast upon the listener.

The album then goes into three back-to-back-no-holds-bar bangers—’Submarine Party’, ‘Eyes in the Wild’, and ‘Monster Party’—all of which are high intensity, high tempo, and have really strong hooks.

We then level out a bit with ‘Seven Seas’ a classic surf rock song with an uneven loop that keeps the verse driving.

The next song ‘Tooth and Claw’ is probably the most meandering song of the album but it is still catchy as hell and pulls the listener in with its strong groove and powerful melodies.

‘Calamari Jive’, the next song on the album, is a more laid back song with a strong vocal melody and punchy chorus. Some of the lyrics are: “I’m in your inner space, pulling the strings of your face, waking you to the ways”.

The next song ‘Dreaming in Green’ starts with a really quick sixteenth-note hi-hat groove and a strong bassline that sets the tone of the song. Here the voice is pushed front and center and delivers a strong melody.

The last song ‘Fondo del Mar’ (Spanish for ‘bottom of the sea’) is a completely appropriate title for the song.

From the record’s start to finish there has been no question that energy and uptempo have been a theme.

However, for this final song of the album, we get a real slow and ballad-like song complete with lush vocals and a soft groove to leave a good taste in the listener’s mouth.

“Fondo del Mar was one of my favorites to listen back to because I got to utilize the Meris Enzo pedal, which converts my guitar into a synthesizer. I had just got it towards the end of making the record so I had to throw it on the album.”

What is Sea Fuzz going to do next?

Well apart from the album, they’ve got a number of hilarious and psychedelic music videos that they’ve released to accompany the album.

They’ve also released a set of live videos that shows the live band in action.

“We’re already planning the next release and perhaps some more live band video stuff, so definitely more coming—it’s not in my nature to stop working.”

You can check out the official Sea Fuzz website to see all their videos, buy their music, and receive the latest news on all their projects. Also, go follow their Instagram where they post regularly!