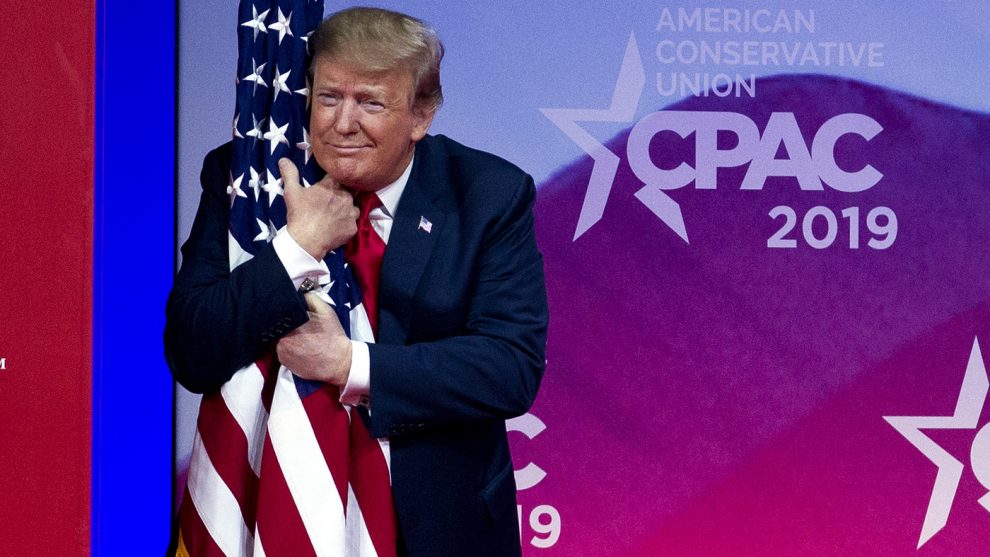 But it seemed on the wane after 1945, when the vast devastation of World War II—a conflict fostered by rightwing, nationalist demagogues—convinced people around the globe of the necessity to transcend nationalism and encourage international cooperation.  Indeed, the widespread recognition of the interdependence of nations led to the creation of institutions like the United Nations (which established a modicum of global governance) and the European Union (which established a regional federation).

Thus, it came as a shock when, during the second decade of the twenty-first century, a new generation of nationalists, invariably rightwing populists, made startling political breakthroughs in their countries.  Feeding on popular discontent with economic stagnation and widespread immigration, nationalist demagogues like Matteo Salvini of Italy, Viktor Orban of Hungary, and Geert Wilders of the Netherlands stirred up mass support.  In Britain, Nigel Farage’s new United Kingdom Independence Party spearheaded a campaign for a British exit from the European Union, leading to passage of a June 2016 Brexit referendum.  In France, Marine Le Pen, leader of the neo-fascist National Front who focused on what she termed a battle between “patriots” and “globalists,” came startlingly close to election as her country’s president in 2017.  Another flamboyant nationalist leader, Brazil’s Jair Bolsonaro, campaigning under the slogan “Brazil Above Everything, God Above Everyone,” was elected his nation’s president with 55 percent of the vote in 2018.

Perhaps the best-known of the new crop of nationalist leaders, as well as a keen inspiration to them all, was Donald Trump, the surprise victor in the 2016 U.S. presidential election.  Adopting the slogan “Make America Great Again” during his election campaign, he spelled out his nationalist views even more plainly at a December 2016 rally of his supporters.  “There is no global anthem,” he declared.  “From now on it is going to be:  America First.  Okay?  America First.  We are going to put ourselves first.”  Contemptuous of the United Nations, he told it off with remarkable bluntness in September 2019.  “The truth is plain to see,” he informed the UN General Assembly.  “Wise leaders always put the good of their own people and their own country first. . . .  The future does not belong to globalists.  The future belongs to patriots.”

This attack upon the very basis of institutions for international cooperation and global governance was not just rhetorical.  During his presidency, Trump had the U.S. government pull out of the UN Human Rights Council, abandon UNESCO, defund UN relief efforts for Palestinians, withdraw from the World Health Organization, and invoke sanctions against top officials of the International Criminal Court.  He also withdrew the United States from key international nuclear arms control and climate agreements.

Recently, however, the nationalist wave appears to be receding.  Although Britain’s ruling Conservative Party took up the Brexit torch, it proved unable to facilitate Britain’s departure from the European Union.  Today, more than four years after nationalists’ referendum victory, Brexit talks are stalled.  In France, Le Pen’s National Rally party (which replaced the National Front) was trounced in the July 2020 local elections, and polls indicated that, in the 2022 presidential election, she would lose once again to the internationalist Emmanuel Macron.  Similarly, in Brazil, President Bolsonaro made almost daily Facebook Live broadcasts this November, encouraging his supporters to back specific candidates in local elections.  Subsequently, most of them went down to defeat.

From the standpoint of the new nationalists, their most disastrous defeat occurred in the United States, where, in November 2020, President Trump lost his bid for re-election.  Despite numerous nationalist antics during his campaign, such as hugging and kissing the American flag, Trump was defeated by the Democratic candidate, Joe Biden, by more than 6 million votes.  Moreover, Biden was a strong supporter of multilateralism and, as the New York Times noted in a front-page article shortly after the election, “makes no secret of the speed with which he plans to bury `America First’ as a guiding principle of the nation’s foreign policy.”  In fact, Biden was already committed to having the United States resume support of the United Nations, rejoin the World Health Organization, and re-enter nuclear arms control and climate agreements.

Furthermore, global cooperation and institutions retain widespread support among the people of the world.  A Pew Research Center poll of 14,276 people across 14 nations during the summer of 2020 found that 81 percent believed that “countries around the world should act as part of a global community that works together to solve problems,” while only 17 percent thought that such countries “should act as independent nations that compete with other countries and pursue their own interests.”  When it came to the United Nations, a 2019 Pew survey of 34,904 respondents in 32 countries found that a median of 61 percent had a favorable opinion of the world organization.

Polls also found that world public opinion toward the European Union was quite positive—even, ironically, within Britain, where support for Brexit sank below 40 percent by November 2020.

The continuing popularity of transcending nationalism should not surprise us, for it coincides with the fundamental necessities of today’s world.  After all, how can the coronavirus pandemic, the climate crisis, the nuclear arms race, and numerous other worldwide problems be handled effectively without strengthening global cooperation and governance?

VICE video: Here’s What’s Left of Homes After the California’s Complex Wildfire
Like a Rocket in the Garden: The Unending War in Afghanistan