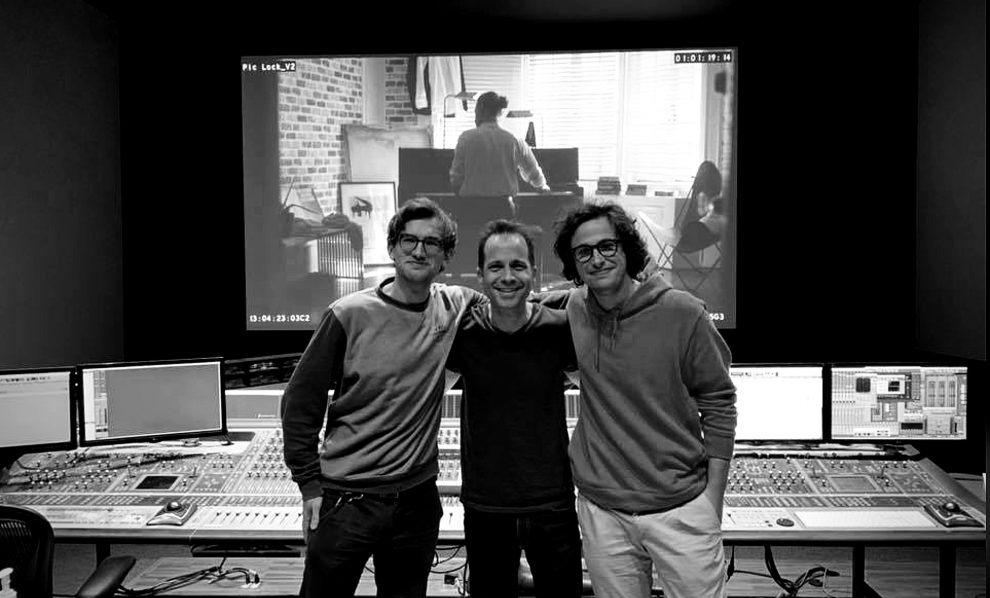 At least in our opinion, coverage of filmmaking professionals tends to be skewed toward the present. In other words, there’s a lot of talk about what they’re working on right now so that readers and viewers can get excited about an upcoming movie.

But this seems like as good a time as ever to get a look at the story behind filmmaking professionals so that we can learn more about how they became experts, how they gathered up all the skills and ideas that have made them prominent members of the entertainment industry.

Professional editor Charles Carter, for example, is a prolific editor who has worked on projects that cross genres, delight audiences, and, in many cases, garner awards from film festivals and institutions.

Just take a look at a few of his credits. Carter edited ‘The History of Monsters,’ which was named Best Short Film at this year’s Portland Horror Film Festival.

The short film ‘Luce’ has been at festivals all over the world, including Firenze Filmcorti International Festival, Social World Film Festival, and Wellington Independent Film Festival.

A recent project, ‘Single,’ was shown as part of SXSW and received some glowing write-ups, especially from The Boston Globe.

But these accolades don’t give us the whole story, and they definitely don’t tell us how Carter arrived at editing in the first place.

In this article, however, we’ll do our best to look at the key stepping stones that led Carter from acting to editing and how his knowledge of performance continues to affect his work even today.

While growing up, Carter found himself attracted to live performance and even went on to train with Drama Centre in London, an institution with a lofty reputation. He joined the Fourth Monkey Theatre Company and soon afterward trained at the Actor’s Temple, focusing on the Meisner Technique.

But a major turning point came when Carter was working as part of the supporting cast on the hit series ‘Downton Abbey.’

In his words, “As we were waiting for filming to begin, I started to notice what was happening behind the camera and to appreciate the wide variety of craft roles involved in making a drama. I wanted to learn more about the production process and went on a short filmmaking course at the historic Ealing Studios in London.”

This led to an exploration of many different filmmaking roles. Carter wrote and directed his own shorts and continued to study the craft behind filmmaking. When he took a deep dive into editing, it just clicked. 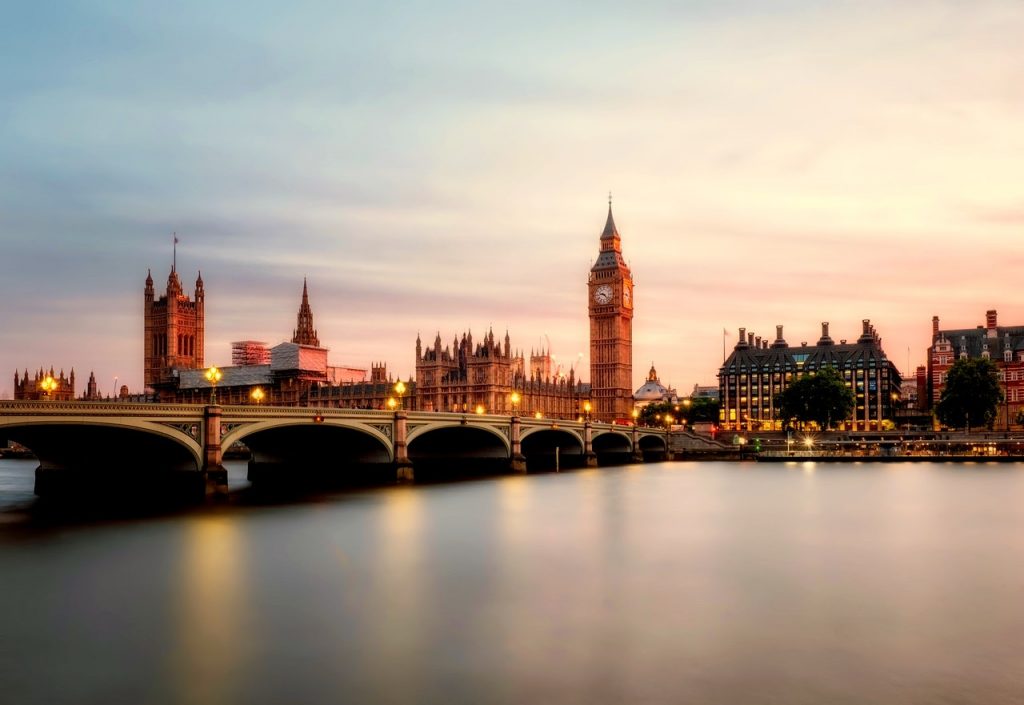 Carter started on a path that taught him many important lessons about the nuances of editing, but he also had the advantage of the time he spent experimenting with other aspects of performance and production.

In particular, Carter’s acting experiences have been very valuable to his editing work. He explained that his training in that area helps him understand the process behind each performance in the footage he’s working with.

Like Carter’s journey to professional editing, performances are made up of a lot of different components, and what we see in the final product as audience members is the result of complex performances and choices the editor has made that highlight or reframe those performances slightly.

“I look at the subtleties and small differences in performance to find the moments where they are most authentic and truthful. The emotions have to connect to the overall story you want to tell. Equally, I want to be open to what the actors are doing and discover moments that reveal something about the scene or story that I hadn’t imagined from reading the script.”

For an editor who doesn’t have a background in performance, it wouldn’t necessarily be impossible to take note of those moments, but it might be more difficult or need to be learned over a longer stretch of time.

Missing out on these kinds of moments entirely could definitely deflate what was supposed to be an emotional scene, and this is an unspeakable sin for editors.

When starting out in any field, there’s always a lot to learn. That’s a given. But dissecting those early lessons can be especially useful to others who are maybe still in that stage of their career.

We asked Carter to look back on some of his earliest projects to see whether there were any key moments or lessons that stand out now, years later.

Carter cut his teeth on all sorts of projects at Central Film School in London, but as for the most significant project of this time period, Carter says that it must have been a short called ‘Holmgang.’

The story centered around a father and son who were drifting further apart, and all of it was wrapped up in a medieval setting.

Unlike a lot of other contemporary short films, this one didn’t use very much dialogue, and as a result, the subtleties of the performances became even more important.

On Carter’s end, this was a real challenge during the editing process, but it led to an important lesson that has now become part of his general approach to editing.

“The lesson I took from this experience was to examine every possibility and turn over every stone in the search for the best version of the film. Knowing your footage inside out gives you choices in the storytelling. I think we got it right and it was encouraging when the film won Best Student Short at the London Independent Film Awards in 2017.”

For any non-editors out there in our readership, it’s really important to understand that cutting even just a fraction of a second from a close-up can drastically change how that shot fits into the larger story and how it makes the audience feel.

There’s a trial-and-error process to finding the right fit, but unless the editor already knows all the tiny nuances to be found in the footage, the right fit may never come along.

But looking back at some of his past film work, how does Carter feel his perspective on and approach to editing has changed since he started?

For any artists, there are always going to be improvements they can make to their craft. However, artists themselves change over time and this undoubtedly has an effect on their work.

This area is where Carter sees more significant changes: in the considerations and interactions beyond the purely technical side of his work.

“I think nowadays I am more open to all ideas. I love those moments when you put something together that you thought wouldn’t work, but suddenly you create a bit of magic. Also, criticism is another perspective and the springboard for an interplay of ideas that could be the key to unlocking the potential of a scene.”

Technical skill and craft will always be important to filmmaking, but focusing too much on those technical components could create a tunnel vision effect for certain editors.

Carter enjoys paying attention to the human side of things, where conversation and collaboration can happen.

Filmmaking isn’t just collaborative in the sense that each person has their own job and their own part to contribute. Specific tasks can take into account other ideas and other types of creativity.

The last big question we had for Carter has proven to be difficult for some of our past guests. We asked him about his biggest strength in his line of work.

The answer was fittingly considerate, and we think it says something important about Carter’s professional role and how he views upcoming tasks and challenges.

“Perhaps my main strength as an editor is being bold and thinking laterally about how to resolve problems in the edit. If the cut isn’t working I am not afraid to think outside the box in order to shape the material to create the best story. As Walter Murch has said, ‘the point of life is to fail at greater and greater things.’ As an editor, I want to be fearless.”

For one, this solidifies Carter’s ongoing desire to take in words of wisdom and perspectives from other talented artists. Murch has been a powerful influence on Carter’s work and he seems to respect how different editors find unique solutions to their specific problems.

But here’s something about his answer that we wanted to point out. Despite Carter’s accolades and his expertise in editing, he didn’t describe his greatest strength as knowing exactly how to handle any challenges that might come up during the edit.

Instead, he talked about his ability to look at those challenges in different ways in order to find a solution, even if it’s a solution that’s completely unexpected.

That’s an important distinction. Sure, it speaks to a sense of versatility, but it also signals a willingness to experiment in a really practical way. Rather than applying a standard workflow to every project, Carter leaves room for new ideas and approaches.

It’s less important to apply his own perspective to a piece of work than it is to serve the story and the film any way he can, and, at least in our view, that’s what makes a good editor.