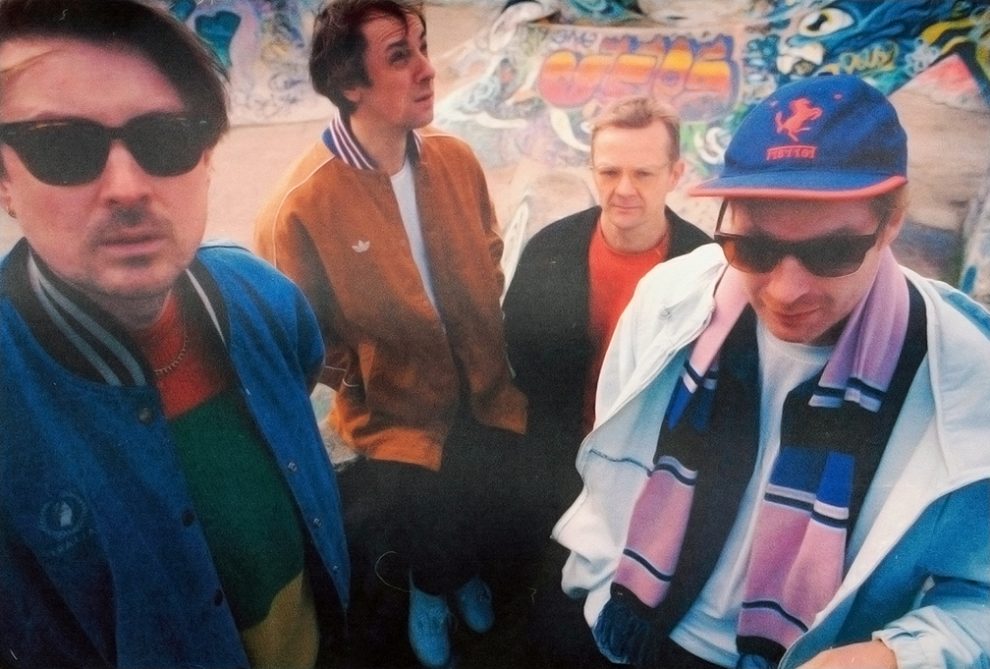 Today, Django Django shares a remix of their recent single “Glowing In The Dark” by Dance System. The title track from the band’s forthcoming album is re-molded into a shape-shifting slice of techno. Dance System (acclaimed producer and label founder James Connelly) has just released a mixtape “Where’s The Party At?” with a star-studded line-up including India Jordan, Hudson Mowhake, A-Trak, Herbet, and Django Django’s drummer/producer Dave Maclean under his Hugo Paris moniker.
Django Django recently announced their new album “Glowing in the Dark.”  Read more about the inspirations behind the new record via Consequence of Sound’s recent Origins feature: https://consequenceofsound.net/2020/11/django-django-glowing-in-the-dark-origins-stream/ “Glowing in the Dark” will be released via Because Music on 12 February 2021 on limited edition glow-in-the-dark vinyl, standard black vinyl, CD, and digital download/streaming on all usual platforms.

GLOWING IN THE DARK