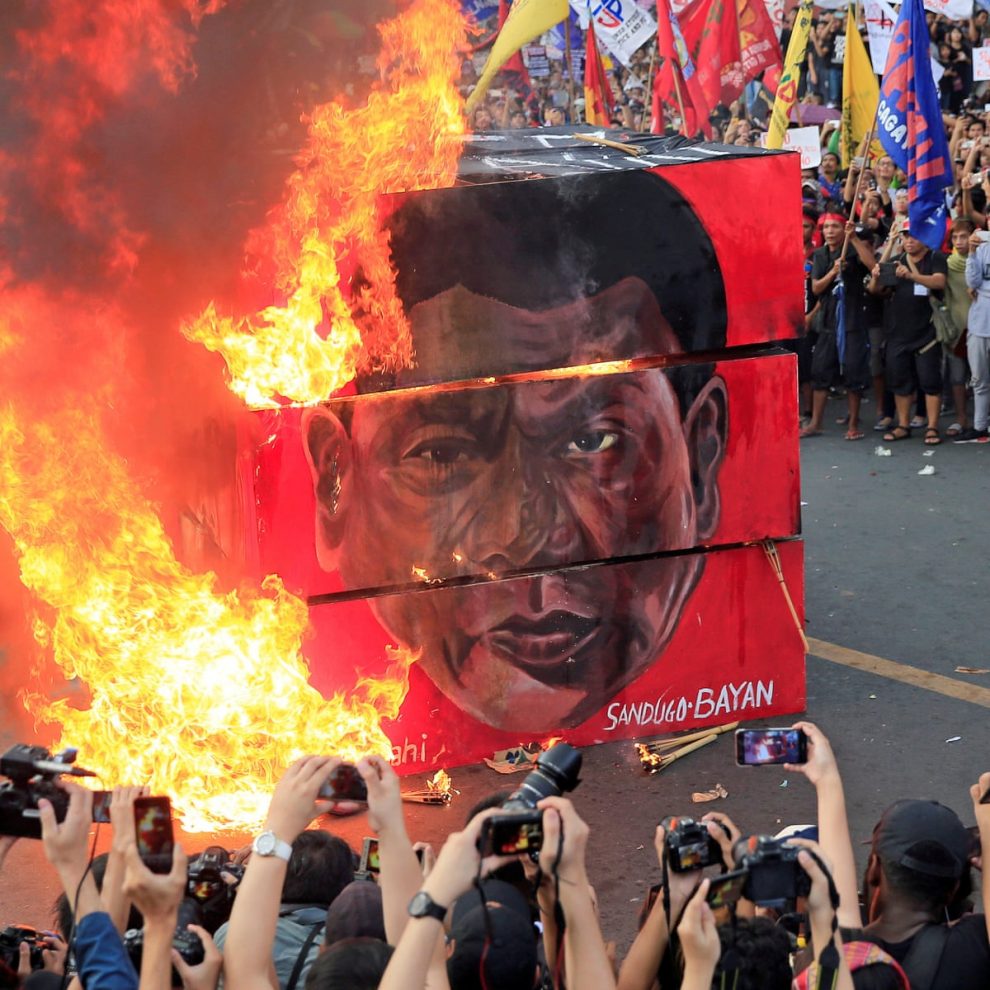 The regime of former Filipino dictator Ferdinand Marcos murdered, disappeared, and tortured its own people with impunity. Assassinations were executed at every level – and there were 3,257 officially documented killings. However, Rodrigo Duterte’s death squads put the Marcos years into a chilling context, far outdoing the former dictator. As of May 2020 some estimate at least 29,000 people have been killed in Duterte’s so-called drug war alone. He also goes after activists, journalists, television and radio stations and anyone who disagrees with him.