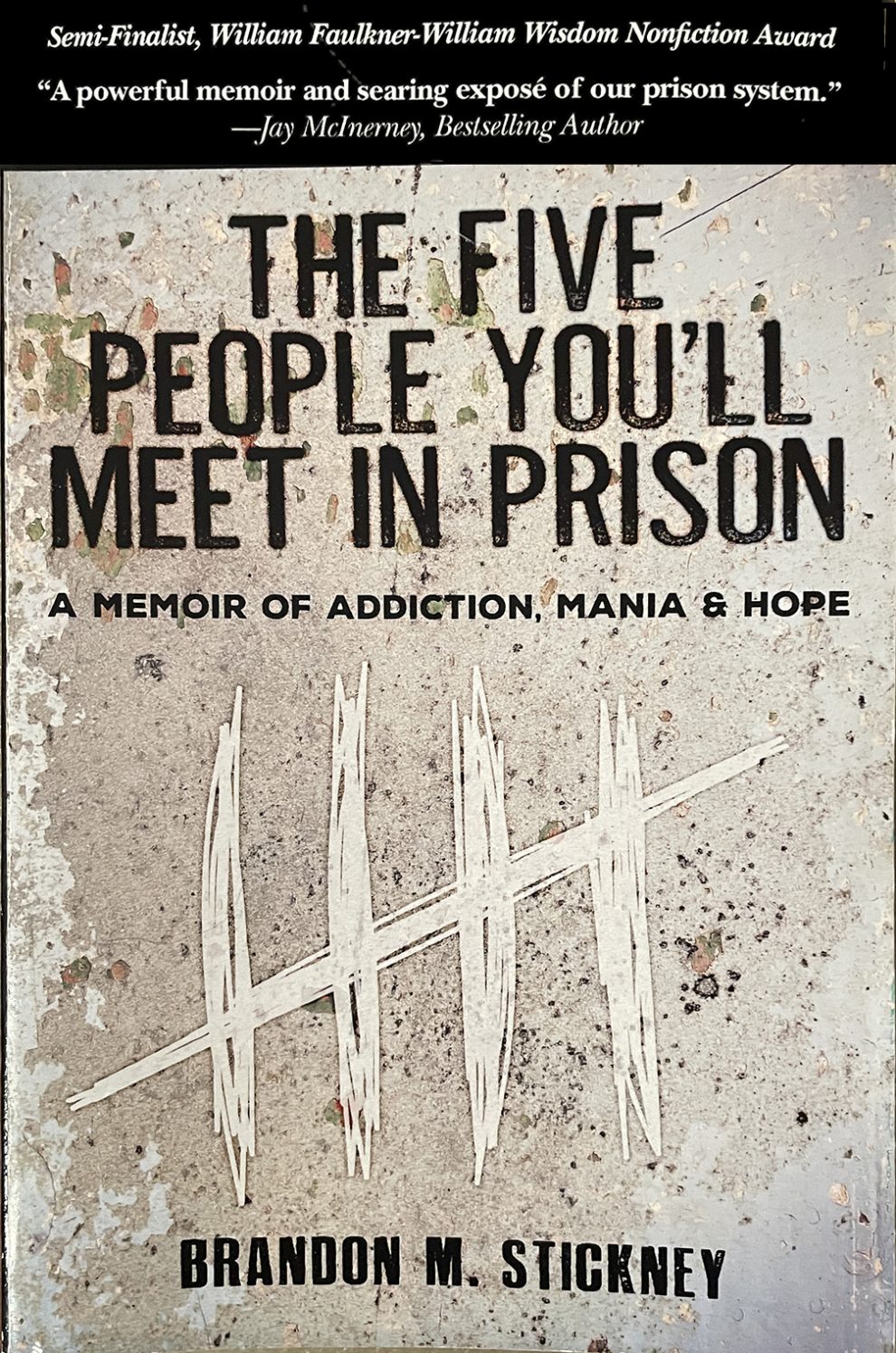 BOOK REVIEW by Jamie Moses
.
Prison books, whether about prison or written in prison vary greatly. There is the horrific hell in prison story In The Belly of the Beast by Jack Abbot, a criminal, and multiple-murderer who spent his life in state institutions from the time he was 12 until he hung himself at age 58 at Wende Correctional Facility near Buffalo.
Upon publishing his book a horde of celebrities led by Pulitzer Prize author Norman Mailer successfully demanded Abbott be released on parole.
Six weeks after he was released he stabbed a waiter to death on the lower east side of Manhattan because he wasn’t allowed in the kitchen to use the employee bathroom.

There is little sympathy for Jack Abbott in spite of the fact the state prison system is probably responsible for forming his character.

By contrast, there is the heartbreaking, though short, book De Profundis by the brilliant Irish writer and playwright Oscar Wilde, who was sent to a hard labor prison in England for the crime of indecency. This for having an affair with the son of the powerful Marquess of Queensbury who disapproved of homosexuality and was determined to publicly humiliate and jail Wilde.

He accomplished both those goals in 1895. Wilde, once the toast of London, died not long after prison, broke, depressed, friendless, and an alcoholic.

Brandon Stickney’s book The Five People You’ll Meet In Prison: a memoir of addiction, mania & hope does not fall into the category of either shocking or heartbreaking prison books.

However, it offers something unusual. Stickney wasn’t in prison that long, less than two years. He didn’t commit any notable crime other than selling a small amount of a very minor drug to an undercover agent.

He’s from the small town of Lockport and had a job as a journalist with the town’s mediocre newspaper the Lockport Union-Sun. Nothing to get excited about here.

That all changed on April 19, 1995, when fellow Lockport native Timothy McVeigh blew up the Alfred P. Murrah Federal Building in downtown Oklahoma City. It was the deadliest domestic terror attack in U.S. history, killing 168 people, including 19 children, and wounded hundreds more. Who better to write the inside story of this maniac McVeigh than a journalist from McVeigh’s hometown.

All-American Monster: The Unauthorized Biography of Timothy McVeigh by Brandon Stickney was published in 1996.

Brandon Stickney, the author, was instantly in demand. McVeigh was on trial amidst a media frenzy and Stickney was asked to do newspaper, radio, and television interviews across the country. “I was the main non-lawyer expert on panels,” writes Stickney, “wined and dined from Seattle to Denver.”

Along with rubbing shoulders with major news outlets and celebrities, Stickney also had more money than he was used to.

Sadly, the money went to feed and grow his natural predilection for abusing alcohol and drugs. As his addiction grew, his life fell apart. He lost his wife. He lost his home. He lost his new high-paying job as marketing manager for a Mercedes-Benz dealership.

He simply lost himself… until he wandered aimlessly into the arms of the New York State Department of Corrections.

This is entertaining but there is something much more important that Stickney grabs hold of. Inmates come and go but Corrections Officers are forever. It isn’t the governor, the police, the judge, or even the prison warden who rules this world. It is the C.Os.

In Stickney’s seemingly endless transferring from one NY State prison to another he observes a Corrections Officers’ culture of sadistic pettiness, of making their own rules, of stealing, of corruption, of their total lack of empathy for any human that happens to be incarcerated, a lack of even basic training in critically needed skills.

They have only one skill, to beat you down and humiliate you.

When you consider the relative mildness of Brandon Stickney’s life if there is one thing a reader should walk away with from this book it’s that anyone can find themselves at the mercy of the thugs called Correction Officers and once you’re in their hands no one can help you.

Stickney also does a good job of detailing the millions of dollars wasted in these institutions and the lack of any decent medical or mental treatment. It’s a good read that should inspire to demand a change in how our prisons are operated.

No one comes out of them prepared to do anything but go back to whatever put them there in the first place. 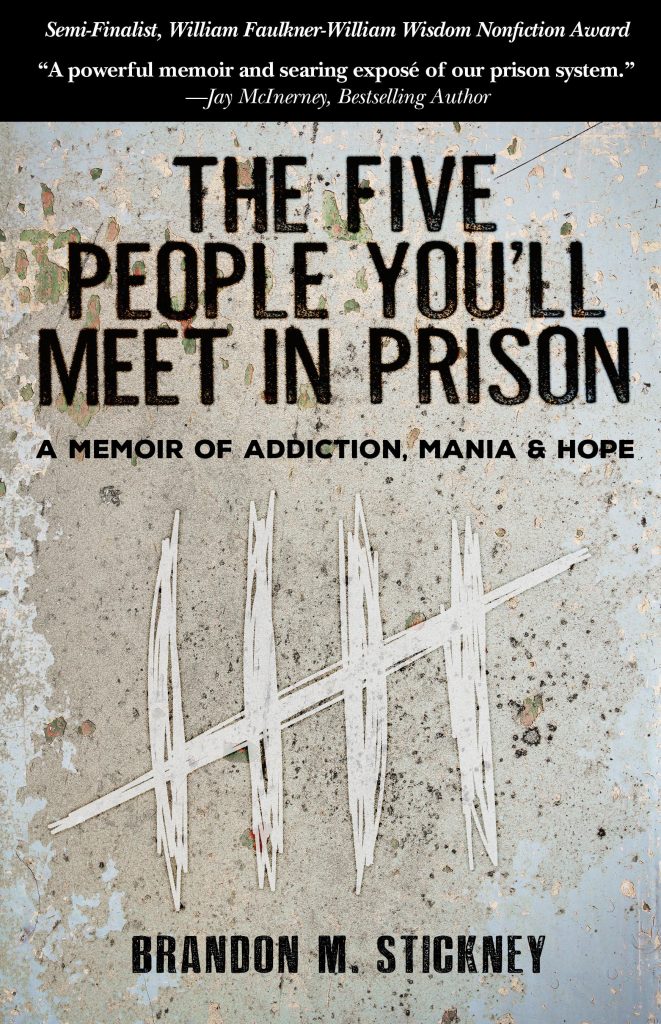 AVAILABLE AT AMAZON IN HARDCOVER, KINDLE OR AUDIOBOOK 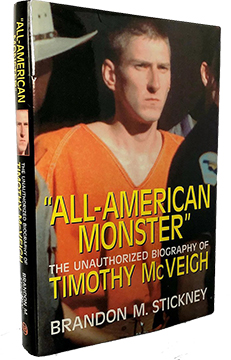 AVAILABLE AT AMAZON HARDCOVER OR KINDLE