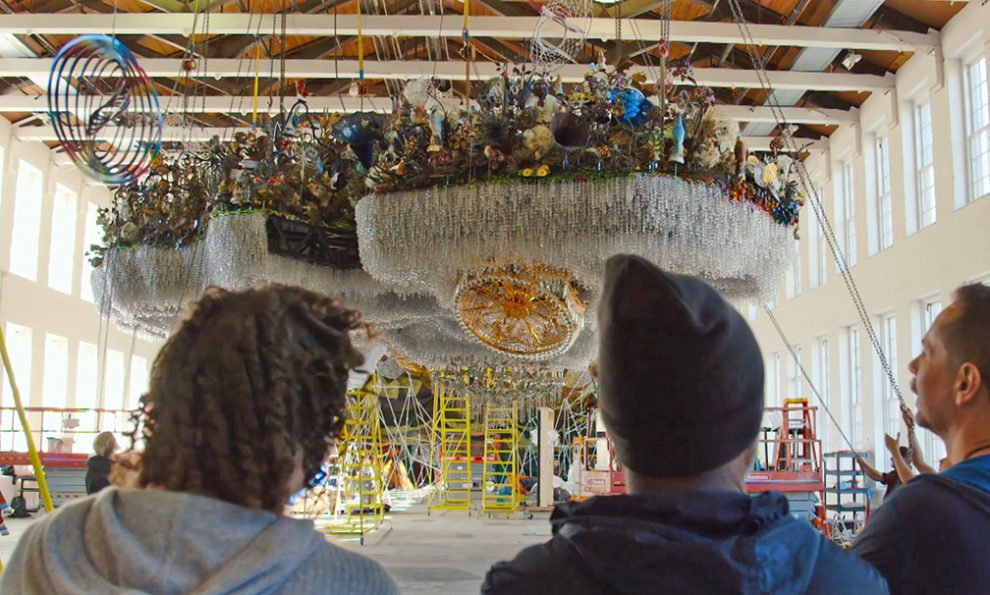 Museum Town, about the creation of MASS MoCA, in North Adams, MA, explores the concept of art and culture as a means for economic revitalization and development. The film also looks at the artistic process itself—not only how museums work but how artists create, tracking celebrated artist Nick Cave as he builds the monumental installation “Until,” a reflection on gun violence, race, and the American Dream.
Directed by Jennifer Trainer, a former journalist and one of MASS MoCA’s original builders, narrated by Academy Award winner Meryl Streep. The film opens on December 18th from Kino Lorber and will be released in virtual cinemas across the country through the Kino Marquee virtual cinema platform.