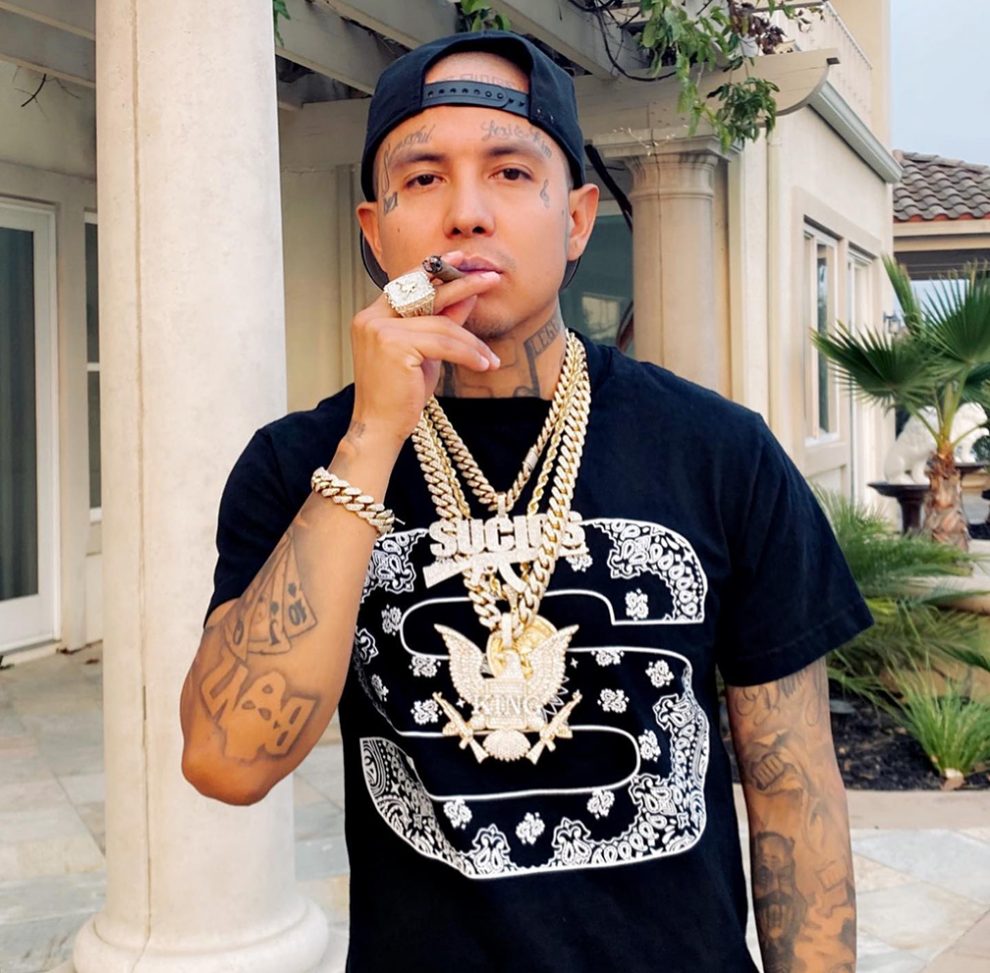 With “Unemployed” the South LA rapper lays out what it’s like for a Mexican American growing up in the poverty of South LA. It sucks. The song is the first cut from his just-released album 90’s Kid Vol. 2.

“This project is a continuum of my 2015 release 90’s Kid,” said King Lil G, “It means a lot to me because like all of my music, I pour my heart and soul into sharing a piece of me. I know there are other kids that look just like me, growing up in Inglewood and I know the positive influence my music has on them. I am almost obligated to share my story to remind another young boy he can make it too.”

And you ain’t shit, you just like your daddy
You don’t do shit and you never gonna amount to shit

[Verse 1]
Who you talkin’ ’bout? Who the fuck want smoke?
I been with the gangstas from the time I spoke
Welcome to my universe, food stamps, EBT
Just to make a couple dollars I made some deliveries (Yeah)
Blue rags coming out the Cadillac, I’m
Trying to get my life together, I don’t see why
Roaches crawling out the cereal
And they don’t ever run and hide, what’s the dilly-o?
My mother said, “Motherfucker, don’t you complain
If you wanna get it popping, get a job today”
She start?d screaming, yelling, “You a fucking bum
Go get an application, ar? you fucking dumb?” (What?)
“Mama, I been trying but nobody calls me back
I even got jumped on the bus, in fact
Some gangstas on a bus said, ‘Homie, where you from?’
Then before I knew it, mama, I was getting rushed”

[Verse 2]
“Moms, guess what? I got a job finally”
She smiled like, who the fuck would hire me
Then she said, “Alex don’t fucking lie to me
Where you been all day? This ain’t the type of shit I need”
“Moms, listen to me, please hear me out
I know you tired of me lounging on the couch”
My armpits and my hands got real sweaty
I said, “Don’t get mad, mama, please don’t you worry
I’m working with my friend, down the street, his name is Will
He said that I could work for him and maybe work some deals”
She said, “What kind of deals?”, I said, “It pays the bills”
She walked in to my room and found the drugs and dollar bills
Mama ain’t speaking to me, now I’m living on my own
Microwaving noodles, pizza from a day ago
I left a voicemail, missed calls back-to-back
Sorry I let you down, but mama, I’m back to rap
(Ayy, ayy) Huh (Ayy, ayy)
Sorry I let you down, but mama, I’m back to rap

[Outro]
White tees, black Chucks, I was in the hood
Mama telling me I was up to no good