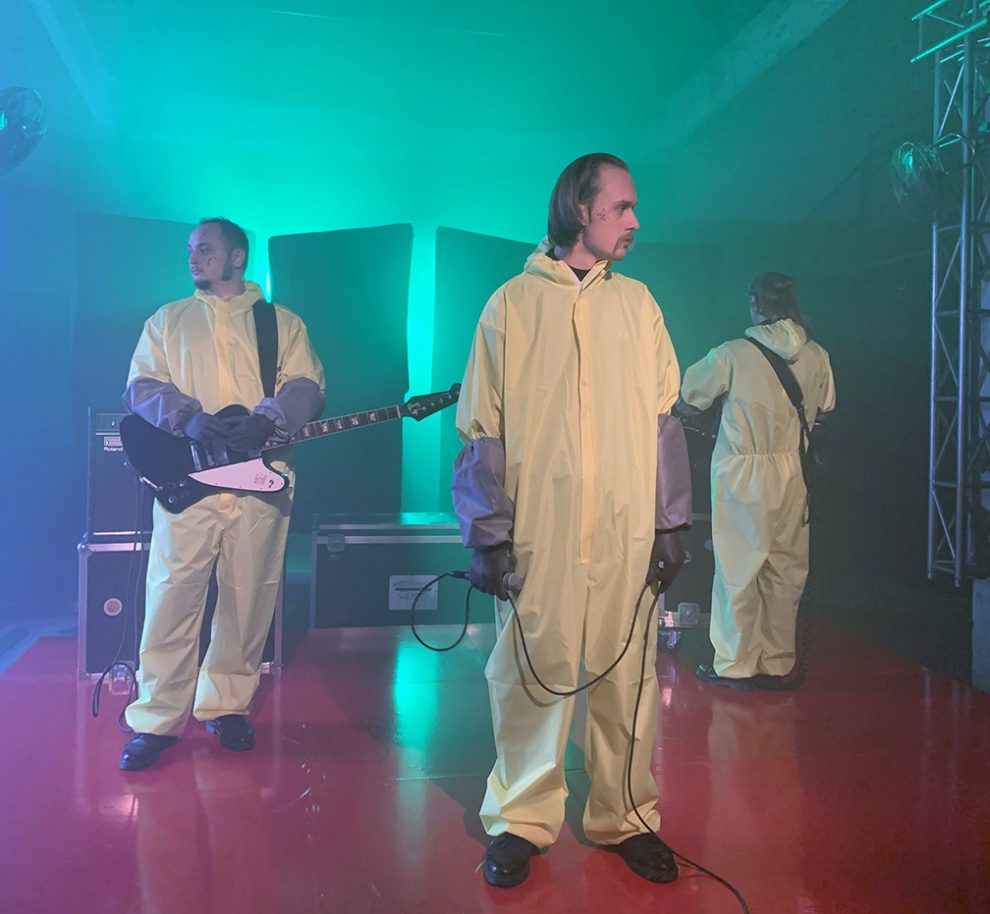 “I do not know what the underground music scene in Minsk is like, but Molchat Doma sound like what I imagine it to be: gothy minimal-wave frozen below the Cold War permafrost. They do it very well and so authentically you’d be hard-pressed to say what year their records are from, from the music itself to their artwork which takes ”70s/’80s Eastern European iconography and projects it into a dystopian futureworld… There’s an energy and inventiveness to these songs that transcends pastiche, all while using most of the well-known sounds and styles, from tinny, rapid-fire electro-handclaps to the gurgling synths, to the delay and chorus on the bass and guitars. That’s the thing, you want all these moves, but you need a group that knows how to pull it off and aren’t afraid to play it like they invented it… It is easy to make mediocre cold wave synthpop — Bandcamp is littered with attempts — but making a record like Monument is not.” – Brooklyn Vegan (Album Of The Week)

NEW MUSIC: Poorstacy releases “THE HILLS HAVE EYES”
How to Allergy-Proof Your Home