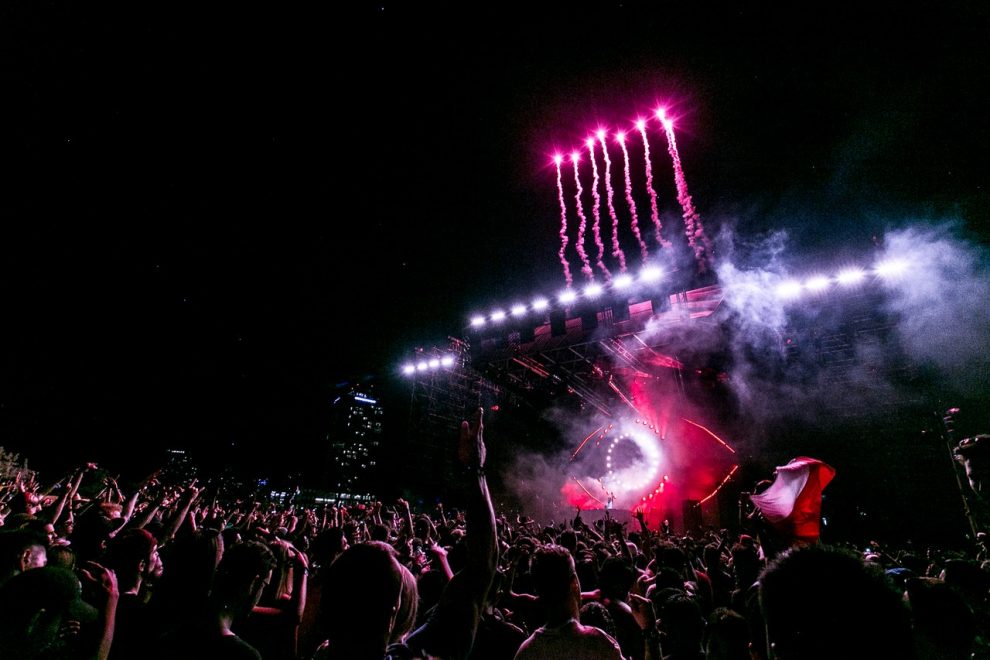 We’ve all heard those stories about the many difficulties of starting a music career of any kind. In fact, over just the past few years, we’ve gotten evocative biopics of musical luminaries such as ‘Bohemian Rhapsody’ and ‘Rocketman,’ both of which communicated how even success in music is fraught with its own set of challenges and expectations.

What we’d like to do today is to hear about the process of making it in the music industry from a slightly different, and much more modern, perspective.

To do that, we spoke to professional songwriter Roland Spreckley, who has, without a doubt, found a great deal of success in this highly competitive and volatile industry.

You may not have seen his name pop up on Spotify, but Spreckley has written songs for the likes of Kiiara, Ava Max, Steve Aoki, and K-Pop supergroup BTS. His tracks have earned more than one billion streams, and yes, that’s billion with a b.

Currently signed to AMG/Warner Music Group, Spreckley remains in high demand as a songwriter, and we’d like to thank him for taking the time to speak with us.

Now that all of that is out of the way, let’s get a look into the realities of finding success in music.

An attitude of success

There’s been no shortage of self-help books and online content that claims to share the secret to finding success in any field.

We can’t speak to all of that, but when we asked Spreckley to comment on what helped him navigate the early days of his music career, he explained the importance of having the right attitude.

“To be a musician or songwriter today, you have to have the attitude that you are going to succeed. In the music industry, you are constantly being told ‘no’ by people and it’s all about being determined and believing in yourself, or else you’re going to burn out and ultimately fail. I knew I wanted to be a songwriter and thus I would take whatever it took to get where I wanted to be.”

Now, is it enough to have this attitude of success and nothing else? Is it possible to succeed just by wanting to succeed?

Well, no, of course not. Legitimate skill is always going to be part of the equation and a very important part at that.

But as a way of supplementing that skill and determination, a clear vision and a positive attitude can be extremely useful, especially when you’re struggling to gain an early foothold. 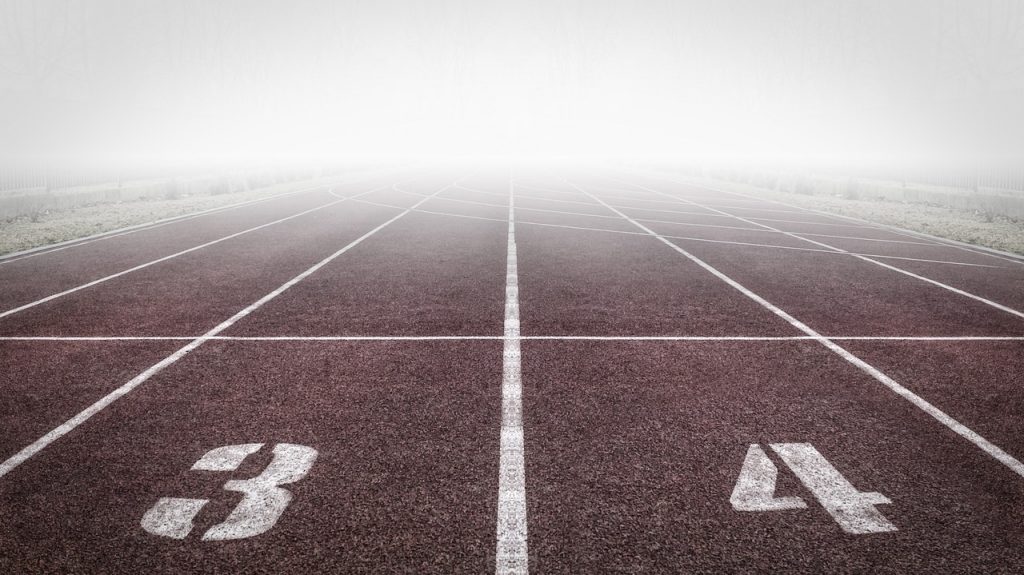 But what about the skill side of things? How much skill does a songwriter need to start working professionally? Is proficiency in music theory all that musical skill encompasses?

This is an especially interesting topic in the realm of music because, as certain readers may point out, there are many examples of famous musicians and songwriters who had very little formal training, if any at all.

In particular, Frank Zappa and the members of The Beatles come to mind. Even so, they were highly skilled musicians and songwriters and were very successful.

Spreckley acknowledged the importance of academic learning but also that of the hands-on learning that comes directly from experience.

“Musical training taught me chords, melody, and harmony, lyrical structure, and form, and it definitely helped shape me into the songwriter I am today. However, I feel I learned the most from the first six months I spent in LA, putting myself in sessions or writing by myself every day and learning from other great songwriters.”

As with many of the observations Spreckley shared with us during our conversation, there’s an emphasis on combination. Rather than seeing one single element as the key ingredient to sustained success, he sees how different pieces all need to come together.

This is definitely the case with formal musical education and the learning experiences that happen outside of the academic setting.

For Spreckley at least, having both under his belt has been extremely important. 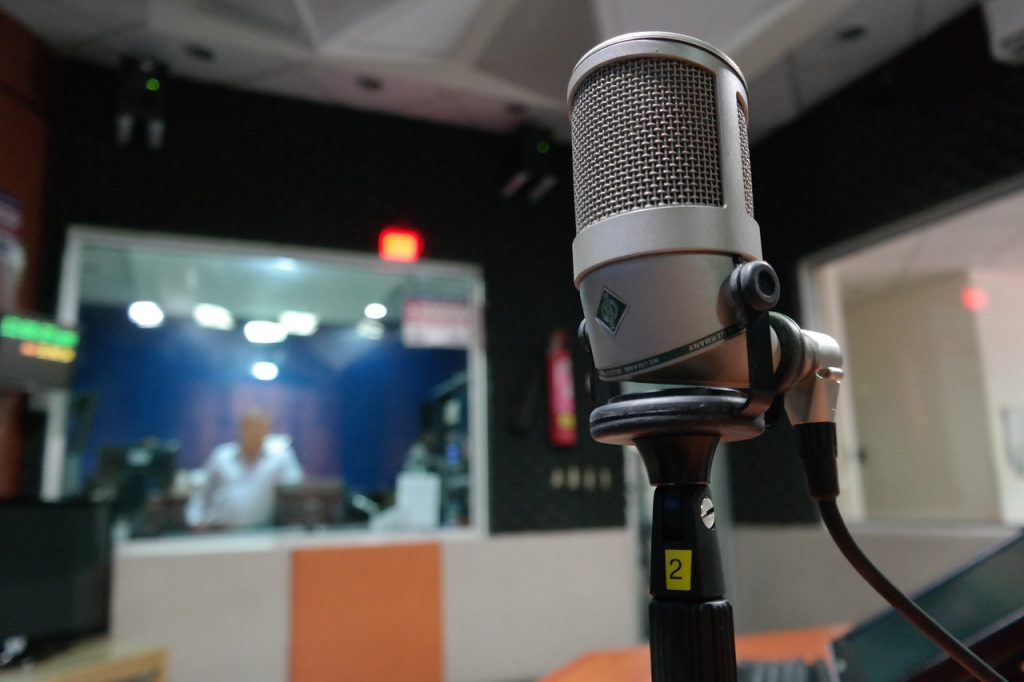 Networking in a crowded industry

Networking is a very big topic, and if you find yourself talking to someone about how best to get a career started, any kind of career, networking is definitely going to come up.

But networking itself has changed a great deal, and that has more than a little to do with the rise of social media and instantaneous communication.

Still, Spreckley felt that networking didn’t come very naturally to come, despite his clear talent. He wasn’t going around to various industry conventions and handing out business cards or stopping by parties filled with movers and shakers.

Rather, it was a network of friends and alumni and good honest work that led to him getting some serious attention from industry big wigs.

“Through Berklee [College of Music] alumni, I booked writing sessions and got my name out there. Luckily, a couple of A&R’s kept hearing my name on these songs they liked and started asking “who’s this guy?” So at that point, I had enough leverage to get a good manager, and from then on, it was a lot easier to network.”

If there’s a lesson here, it’s that networking really doesn’t need to be just one thing anymore. As a working musician, your conception of an ideal networking scenario might be very different from somebody else’s.

Right and wrong in networking are about what works for you. For example, if you find that posting a lot of your work to social media doesn’t seem to be generating any significant buzz, then you might try reaching out to other artists in your area and becoming a part of a larger musical community.

In any case, however, it’s very important to share your work, if only to get feedback communicating that you should take another look at your recording process.

No one ever said that becoming a successful musician or songwriter is easy, and being prepared to try and try and try again is just part of what you’ve signed up for.

If you stay committed to your work and take criticism with grace, it just might pay off for you in the long run.

On playing well with others

Collaboration is another area where the general public’s perception of the music industry differs quite a bit from the reality of things.

Let’s put it this way. Take a moment to picture a big pop star. It could be someone who’s working today or an artist who was big forty years ago.

No matter who you have in mind right now, we can just about guarantee that they either didn’t write all of their own songs.

Now, this fact used to be a point of great contention. In fact, when it came to pop groups like The Monkees, it was even a source of controversy and backlash.

But really, there’s nothing wrong with this approach to collaborative music-making. In fact, it has proven to be an incredibly successful approach.

What this means for a contemporary songwriter like Spreckley is that collaboration is an absolute necessity. Let’s hear what he had to say on the topic.

“Collaboration is everything. These days it’s very rare for a song to be written all by one person. Working in teams helps you evolve, see other ideas differently, and hopefully collaborate to make something magical. I’m a big advocate for it and most of my cuts with BTS, Ava Max, etc. would not have happened without collaboration.”

For any aspiring songwriters out there, this is an idea you’ll just need to get used to. Collaboration doesn’t mean that you won’t get the credit you deserve or that your ideas will all be mangled by the time the red light goes on.

But it does mean that you need to be comfortable with the process of working intently with others. You need to be open to the ideas of others and be ready to make changes that will benefit the song and make it more appealing and accessible to audiences.

Writing, editing, and knowing when to stop

Lastly, when does a professional songwriter like Spreckley know when to stop working on a particular song?

Well, like many creative endeavors, it comes down to balancing the ‘open’ creative stage and the ‘closed’ creative stage, as John Cleese has described it in the past.

Coming up with fresh ideas organically is one thing, but going back to them and making them feasible is a very different exercise, as Spreckley explained.

“I just say and write whatever comes to mind and get it down on paper. Then I’ll come back to it later and use my ‘editing brain’ that you get from stepping away from a song and seeing it from a new perspective. However, I feel that most of my favorite songs have been songs I have written in thirty minutes to an hour and never edited! It all depends on the song.”

This is yet another aspect of the creative process where it’s vital to understand yourself and what works best for you.

No matter what stage your career is in, take the time to observe your own process and when it results in some form of success.

Gaining an audience and working with big stars might be the end goal for many, but real success starts when you’re satisfied with your own work.

Space Saving Ideas for Houses: All You Need to Know
NEW MUSIC: NYC’s The Pretty Reckless share new video for their single “25”