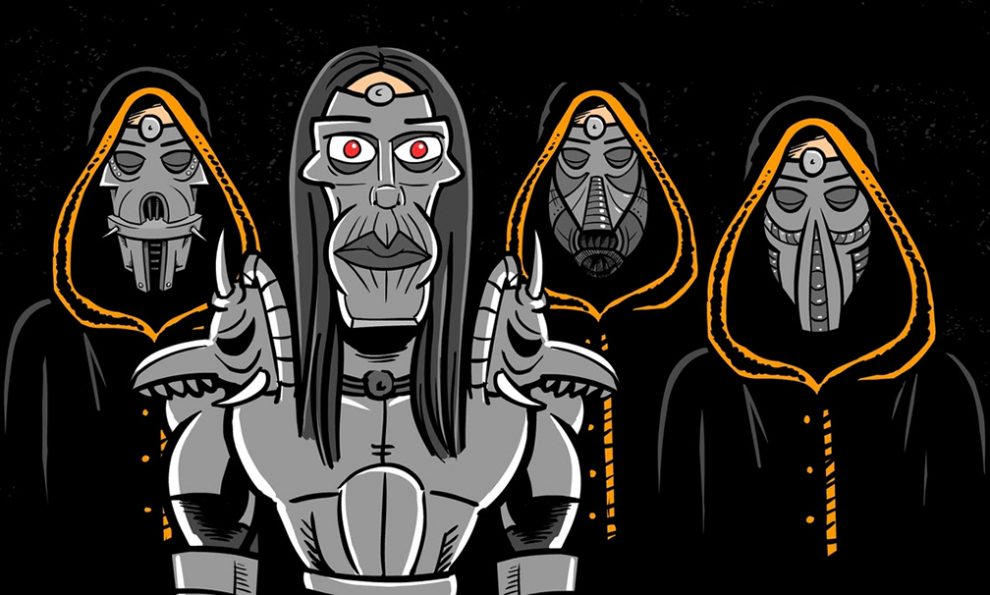 Labeling their songs as messages, each “message” brings observations of modern-day society from vocalist/prophet Zac Red. Following up the success of the band’s first message, “You’ll Never Make It”, which has received almost 2 million views, the second message “Animals” dwells on the basic question if there is any difference between man and animal, and how the conclusion to that question may change our perception of reality.

The video, created by the legendary Balazs Grof, gives your second look at the animated visages of the mysterious band members, Zac Red, D. Vine, Unknown, and Al Mytee, plus some special cameos including Megadeth bassist David Ellefson, and his EMP LABEL GROUP/Ellefson cohort Thom Hazaert.