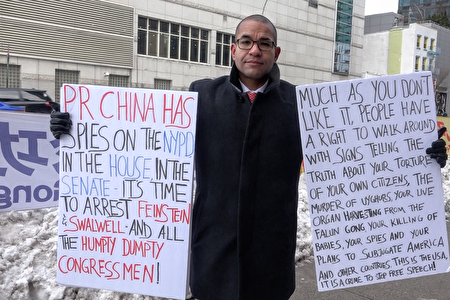 This year I hooked up with Daby Carreras, whom I first met in 2017 at the Trump Tower. With me that day was Joseph Goldstein of the New York Times, who certainly knew of Daby as the NYT had written about Daby, but never met him. Joseph was glad to have had an introduction, and volunteered the statement that the NYT had in fact never met him. No surprise. They could have called him and talked to him but they never did, they just wrote about him. And about lots of other people whom they do not really know.

I can say with pride that I know Daby, and off the subject of politics for a second one thing we have in common is stamps. He collected tens of thousands in his early years, and he brought the whole collection to me to sort out. He is keeping certain sets, which will reflect the culture and history of about 200 nations, the rest he will give to children so they too can enjoy seeing the history of the world as printed on postage stamps.

He is also giving away clothing and food, at a small park he runs at 2015 Lexington Avenue in Spanish Harlem, every 1st/3rd Sunday of the month from 2-4 pm.

The problems of the world are a lot larger than what can be solved by one man in a park, and he spends most of his time addressing larger issues.

About which he spoke at length on the west side, just near the Hudson River, as a film crew from NTD TV videod the event. Edwin Huang and Oliver Trey from NTD TV/Epoch Times joined us at the PR Chinese Consulate, at which site I have been with him in the past, along with the NTD/ET crew.

Daby sees that the Communist Chinese Party is not just a threat to the US, but to the People’s Republic of China as well, where they have taken over; citizens are not just spied on and tortured, they are killed. Recently a number of dissidents from the Cantonese speaking island of Hong Kong were arrested and taken away to the PRC. Who knows where they are, and where some of the doctors are who blew the whistle on the CCP virus.

There is a loud silence on their fate coming from Cantonese speaking Priscilla Chan, who is featured in videos telling us how much she cares for everyone and cries a lot. Not a single cry is heard for the latest victims of the PCC. She may be busy counting her money, and that of her husband, Jeff Zuckerman.

But Daby’s cries are heard, he is not too busy to count money, even though, as a money manager, that is what he is paid to do.

Daby noted that one thing that the PRC may be coming after is the US 10 year Treasury bond, which would not be attractive if the US military is weakened under a Biden presidency; which many people fear, but not Daby and I, as the Constitution provides for Congress to accept or decline the decision of the US electors. Given that the election is rife with fraud, whether or not
the NYT bothers to publish the facts about such fraud, the obligation placed upon the legislators by the Constitution is to challenge the electors (among then Bill and Hillary Clinton). Once a single challenger does their job in either house, that house must then allow the delegates, not the  reps, but just the delegates in each house, to then pick the president. Thus the Constitution has provided a way to beat a foreign government meddling in a US election.

Which is what many suspect has happened, and that suspicion is not limited to republicans; one poll noted that 40% of democrats believe that there was election fraud with the Dominion voting machines. How many of them want to have an unfair election? How many would want Joe Biden, who boasted on camera about coming to Washington to be a political whore, to be selected by a foreign power when another man was democratically elected?

Such a question is whispered in silence, with lots of other questions that some dare not ask.

But some dare ask them, shouting them out for the world to hear, at the door of the consulate of the nation that sprung on us this virus, which has foisted upon us more merchandise we never wanted to buy, such as masks.

Against such, how are people to fight?

And empowerment is what Daby is about. As an American, he is looking to empower Americans, and so he and I are working on a project to bring jobs back to the United States. Not shown in the final edit of the NTD TV/Epoch Times videos is my assertion to all Americans that this is what they must do. Just before I tore up the PR China flag and threw it in the trash, I gave the solution.

Some say this is an act of war, and I am not contradicting that. It might serve to note that just days before our protest at the consulate, someone had written the word “WOLVERINES” on the consulate sign – and also on the side of the New York Times building. What does this furry mammal have to do with a battlefield?

It is the mascot of the American Resistance Movement (ARM), which got its inspiration from the 1984 film Red Dawn (remade in 2012). In that story, a high school insurgent group takes to the woods after the US is invaded by communists and fights back, writing “WOLVERINES” on the sites that it attacks.

Thus letting the friend and foe understand that Americans are fighting back.

And they are. Led by the likes of Daby Carreras, who will be talking to Wall Street firms about manufacturing in the US. Joining him will be millions of Americans. And, as in the film, there will be enemies and collaborators, all trying to keep Americans from having jobs, all trying to make the poor poorer and more miserable.

But not all agree; and dangerously, some of those not in agreement, as was once told me by a former PR Chinese agent, are in the FBI, the Senate and the House. People like Robert Mueller make moves to keep people like David Isaamov out of jail – Isaamov was convicted of possessing child porn and bestiality, in fact his stash is the largest in the world – while reps make moves to protect PR China while employing PRC spies. Recently Eric Swalwell, a Californian democrat congressmen, refused to answer questions about whether he had slept with Fang Fang, saying that it was a matter of national security. It is. And as such, he ought to answer the question and resign his place on the House Intelligence Committee. It is a matter of common sense.

And the entire brigade of Humpty Dumpty congressmen – 30 or more democrats including Adam Schiff, Judy Chu, Carolyn Maloney and Maxine Waters, ought to resign from the House. The Humpty Dumpty Institute, of which they are congressional board members, is headed by Jeffrey Epstein’s brother, as I noted on the Frank Report in my 22 September 2019 article – and also has PRC agents on board. Few degrees of separation from Ghislaine Maxwell; and no answers about any of this, my calls to their offices were ignored by staffers, one of whom refused to give her name.

Don’t expect any of them to agree with any move on my part to bring back jobs; don’t expect them to work with Daby or his crew on Wall Street to help the American economy. In fact, I expect every one of them to be an outright traitor and collaborator, funded by the enemy, outright fiends who, like Nancy Pelosi, will reach into their expensive fridges and eat their expensive brands of ice cream while Americans starve.

That is why we must all fight, protest, boycott and lobby businesses to get jobs and money back in the US.