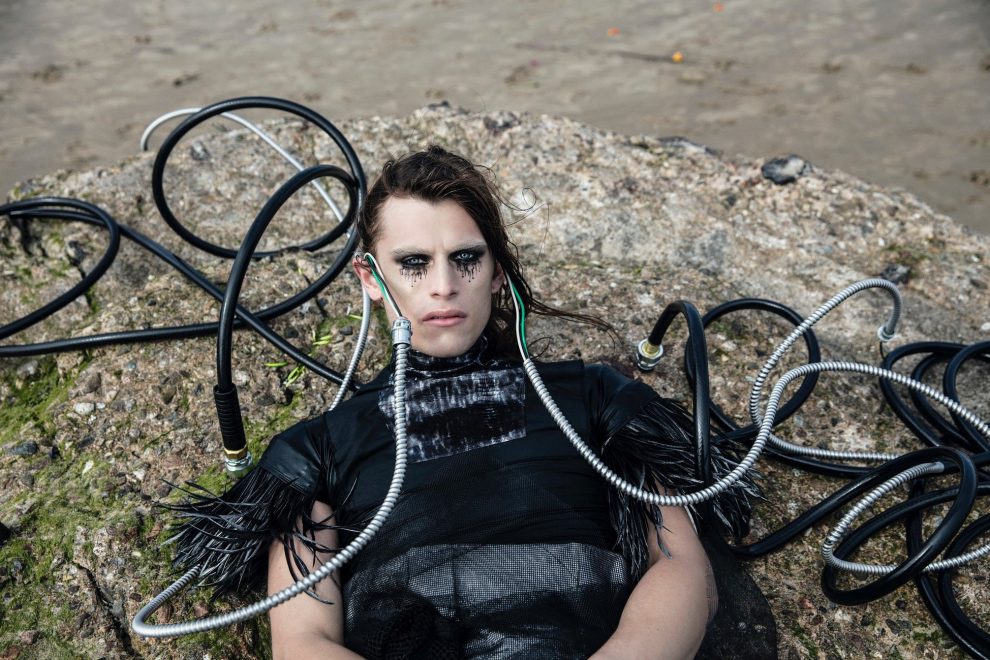 The one-year anniversary of Harry Hains’s death is coming up this week on January 7th. Harry was a gender-fluid visionary artist and actor best known for American Horror Story and The OA, and while Harry is no longer here, his vision of a label-less world with no boundaries between each other lives on through his music, art, and the passionate desire of his family, friends, and the ever-growing circle of support that is committed to sharing Harry’s wish for our world. Harry’s personal story, his impact on his family, and his important message resonate across many interconnected issues that are driving conversations across our culture right now – equality, systemic injustice, LGBTQ and human rights, the drug epidemic and addiction, and mental health.

Harry’s family released ANTIBOY’s album A Glitch In Paradise last month on Dec 4 (Harry’s birthday.) The album was released with a series of stunning visuals that included animation from Harry’s brother, 3D artist Sam Hains. The video for latest single “Dream,” which represents a celebration of differences, featured transgender model/activist Andreja Pejic and was directed by Charlie Chops (who has worked with Rihanna – Savage x Fenty, Kim Petras, Marina and The Diamonds, Grimes).

Visa: What No One Is Talking About
Daby Carreras – and an American Resistance Movement – Stands up to Communist China