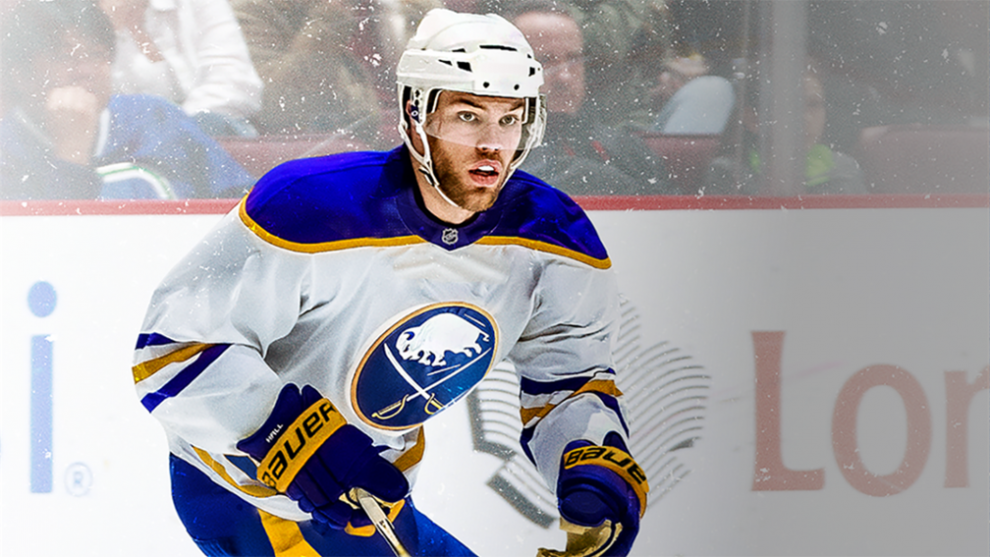 Oh how the world, and the hockey world, has changed so dramatically since the NHL and the Buffalo Sabres shut down last march as the pandemic took center stage in every aspect of our lives.

The National Hockey League, amazingly, managed to restart its season, stage an expanded playoff season inside a bubble, and crown a Stanley Cup champion, the Tampa Bay Lightning, in a season that extended almost into the fall.

And now, here we are, setting to start the season at Key Bank Center this Thursday, a truncated 56 game schedule, which initially will be played with no fans inside the home venue, although that might change at some point depending on the speed of the pandemic’s abatement.

There will be different divisional structures, with all teams playing within their own divisions only, and that means that Buffalo will be seeing a lot of the likes of Pittsburgh, Philadelphia, Washington, Boston, New Jersey and both New York teams. There will be 16 teams in the playoffs, so a finish in the top four within this group can get them there.

Can they do it?

It is the one word permeating through the organization, from ownership, to the pressure put forth by new General Manager Kevyn Adams and Sabres coach Ralph Krueger to produce now, to many of the core players, none more than captain Jack Eichel, who has repeatedly lamented the endless losing.

Add to this the organizational success of the Buffalo Bills, division champions and legitimate Super Bowl contenders, and everyone within the Sabres is following the fortunes of the Bills. Coach Krueger ends many of his press briefings with “Go Bills”, and in fact, adapted last Saturday’s training camp schedule so that all those interested could watch the NFL Wild Card playoff game that afternoon [rior to the team scrimmage later that evening.

The one season divisional realignment looks daunting at first, but the Sabres have powerful new assets to move them up the power rankings this season. New acquisitions Taylor Hall and Eric Staal add immediate star power and experience to a lineup in desperate need of that kind of support. Add players such as Cody Eakin and Dylan Cozens up the middle, Cozens coming off of a stellar World Juniors performance for Team Canada, and the team begins to make up for the loss of Ryan O’Reilly and the underperformance of Casey Mittelstadt.

What are the wild cards in this lineup?

Jeff Skinner’s miserable performance last season was a crushing disappointment, after a career year in 2018-2019 which earned him a boxcar contract. Skinner’s return to form and potential is key to the success of the Sabres

On defense, Rasmus Ristolainen’s rumored trade became a nonissue over time, and all eyes will be on him and veteran Jake McCabe to see how they match the expectations of a top-two defense. Rasmus Dahlin’s progress will be important. Can he meet the expectations of an overall top pick, and add to his offensive prowess on the blue line?

Goaltending remains a problem, with Adams sticking to his roster of Carter Hutton and Linus Ullmark, both of who underperformed last season. Hutton had an opportunity last year to establish himself as the proven starter but failed to meet that bar. Preseason prognostications do not augur well for this year. The penalty kill last year was also subpar, and the addition of Tobias Rieder may help in that department. Should this tandem regain their expected form, the Sabres might be able to “steal” games and keep them in the playoff hunt.

As to the competition…

The Philadelphia Flyers and the Washington Capitals look to be the class of this division. The Flyers roll out two first class top lines with Claude Giroux leading the pack, and netminder Carter Hart in the Vezina stratosphere. The Capitals lead with Alexander Ovechkin, who could be a 50 goal threat even in this shortened season. The addition of defenseman Zdeno Chara immediately puts them in the hunt for winning the division.

The rebuilding New York Rangers make for good speculation towards a playoff spot, with overall first round pick Alex Lafreniere being the most watched player.

The New York Islanders’ deep run in the playoffs last season could end being an outlier, as their lack of deep talent and lack of depth on defense could cost them. Ditto for the Pittsburgh Penguins, whose leading superstars Evgeni Malkin and Sidney Crosby headline a roster that all of a sudden looks old and on its last legs.

That leaves the Boston Bruins, who will suffer bigly with the losses of Zdeno Chara and Torey Krug on the blue line. Add to this they start the season with two of their top forwards pout with injuries. This could be a long, long season for last year’s Presidents Trophy winners.

The last variable… Covid. This past weekend the Dallas Stars had to close their practice facility and postpone three games due to an outbreak on the team which affected six players. The Los Angeles Kings, Pittsburgh Penguins and Columbus Blue Jackets followed with sudden practice cancellations.

“It wasn’t a matter of if, it was when,” said Sabres coach Ralph Krueger. “It was a question of who and there’s no guarantees with this virus but we’re going to continue to stay on the very distinctive path that we’re on right now. This helps to confirm it for the players. You can just never let the guard down against the Covid or it will smack you.” Krueger added that the team has been very serious in addressing rules and protocols regarding the pandemic. He and all the coaches will be wearing masks behind the bench.

As to when players and staff might be getting the vaccine, Krueger responded, “We haven’t had much of an internal discussion as to vaccines, only to say that all of us are in line and will be notified when it’s our turn.” That statement put to rest any speculation that NHL players might be betting prioritized for vaccinations as the ongoing rollout of shots is excruciatingly slow.

It all starts this Thursday when the Washington Capitals come to town. The schedule will go bang bang fast, with many teams scheduled for back to back games, a feel not unlike baseball homestands. The lower bowl at Key Bank Center will be draped in advertisements, and game day ops staff will have the music bumps cranked off.

“It will be a season like no other,” mused Sabres captain Jack Eichel. Fasten your seatbelts. Hockey is back.

Taro will certainly be first in line for his very own Fan Cutout.  For a cost of $60, fans can have their own cutout placed in the Key Bank Center seats with placement in the 200 or 300 levels, and take possession of their cutout at the conclusion of the season. A portion of the proceeds from sales will benefit the Buffalo Sabres Foundation.