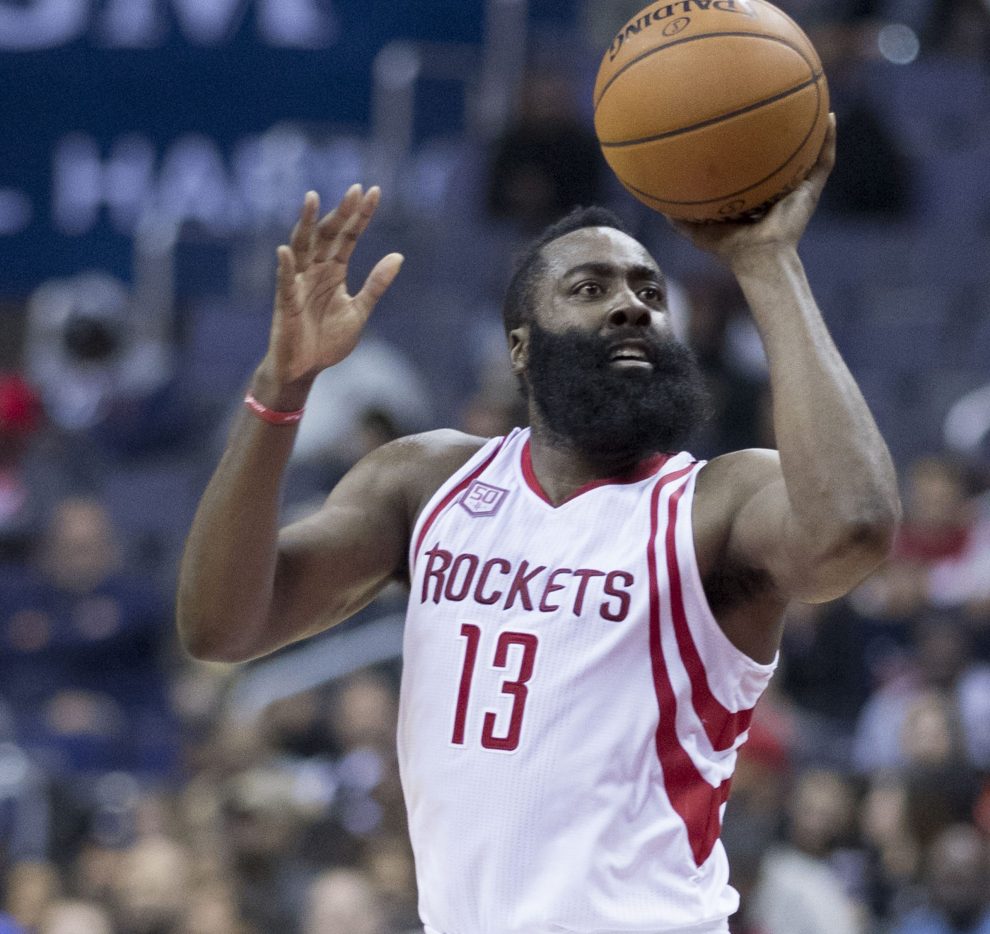 Before we even get into this article, we appreciate that some of you will have found its title ridiculous. James Harden has been the top scorer in the NBA for the past three seasons in a row. Any team in the competition would be happy to have him, and the Houston Rockets have been fighting to hold onto him since the moment they signed him to a contract nine years ago. The idea that the Brooklyn Nets might not have got a good deal by winning the race to prize him away from the Rockets may seem laughable to you but bear with us. There are pros and cons to every deal, and while you might still conclude that the Nets have done a great piece of business by the time you’re done reading, it might not be as clear a picture as you initially believed.

The first thing we should note is that James Harden has been waiting for this moment for a very long time, and he finally got his way. We might have to wait until his career is over to hear the real reasons he was so set on leaving. Some people say that it was political. Others say that it’s a purely sporting decision. Perhaps it’s a bit of both. Harden himself has said as little as possible other than confirming that he wanted a trade and promising that he’d remain professional until the day that trade arrived. Whether he kept that promise or not is debatable, but it’s fair to say that things were at breaking point by the time he got his trade. A team can only keep an unhappy player for so long, and an unhappy player – even a great one, as Harden obviously is – won’t retain the necessary mindset to play at their best level indefinitely. In the end, the Rockets may have clung on to their man for too long, but what’s done is done.

As for the Brooklyn Nets, they must feel like they’ve won the lottery. Everybody wanted Harden, but they’re the ones who were holding the lucky ticket when the numbers were called out. Perhaps it would be more accurate to say that they feel like they’ve won the “Basketball Star” online slots game. You only pay once for a lottery ticket, and then you either win or lose. With online slots, you pay for your chances over and over again until they finally come good – and make no mistake, the Nets will be paying for this. Harden didn’t arrive cheaply, and a huge chunk of the Nets’ salary budget is now spoken for and will remain spoken for as long as their new star player is in town. That’s the thing about online slots. You’re on top of the world when everything goes your way and you win, but the act of winning sometimes makes you forget how much you’ve already spent.

The deal that took Harden to the Nets is complicated and will have far-reaching implications for several of the NBA’s biggest teams. The team that will take the heaviest hit is undoubtedly the Rockets, who were already in the middle of a difficult rebuilding phase right up until the point that Harden left – a fact the player himself made clear by remarking that his now-former side “just aren’t good enough” to win the championship this year. That rebuilding process will now be prolonged – but they’ll get some help with it. Aside from bringing in Dante Exum, Rodions Kurucs, and Victor Oladipo as part of the deal, they also have four unprotected first-round picks and another four unprotected first-round pick swaps for the next few years. They might be rebuilding, but they now find themselves with a fine set of tools for doing so.

Through various knock-on consequences of the Harden trade agreement, the Cavaliers have picked up Taurean Prince and Jarrett Allen, and the Pacers now have Caris LeVert and a 2023 second-round pick that used to belong to the Rockets. All the Nets have is James Harden. Many of you will point out that James Harden just so happens to be all they need, but Harden is 31 years old. We know that athletes in various sports are playing for longer than they used to, but athletes remaining in peak physical condition beyond their mid-30s is still the exception rather than the rule. Harden is still at his peak, but science tells us that he’s probably approaching the end of it. This is very much a “right now” move for the Nets. It might even be a move that gets them a championship or two. However, it is not a move that’s been made with the future in mind – and the assets they’ve left in the Rockets’ hands may prove to be worth more than Harden in the long term.

This isn’t an attempt to pour cold water on the deal. The Nets now have James Harden, Kyle Irving, and Kevin Durant. No team or coach in the right mind would ever turn down the possibility of putting those three players together if it were offered to them, and the odds have shifted in favor of them winning the Eastern Conference for obvious reasons. Most reliable sources concur that Brooklyn was where Harden wanted to go, so the man got his first choice, and the team got their longed-for asset. The question of how Harden’s style of play will gel with Durrant’s is there to be answered, but it’s a fun problem to have. If the Nets don’t walk away as NBA Champions this year or next year, they’ll be disappointed – and that’s a testimony to where the Nets now stand in the pecking order.

Longer-term, though, it could turn out to be a Pyrrhic victory. The Rockets have been given so much compensation in so many different ways in return for Harden that they could almost build a new empire – and there’s no reason to believe that they won’t. Some of the team’s fans – and probably a few of the players, too – had become bored of talking about Harden and were looking forward to seeing the back of them so they could prove that there was always more to the Houston Rockets than just the things Harden brought to the table. They now have that chance. It might not pay off this year, and it may not pay off next year either, but the Rockets will benefit from this in a big way.

As for the rest of us as basketball fans – what are we going to talk about now that Harden’s finally been traded, and there are no more rumors to discuss? Keep your eyes peeled for the next scandal!