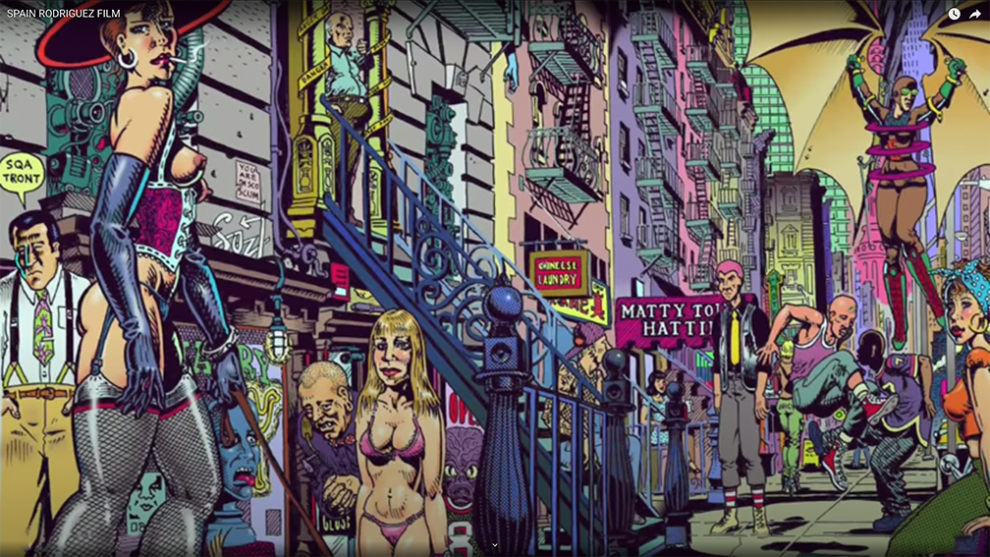 A new documentary called BAD ATTITUDE: The Art of Spain Rodriguez, will be having its World Premiere at the 2021 Slamdance Film Festival next month! Buffalo native Spain Rodriguez is a celebrity in the world of comic books, as he helped push the underground comic scene in Buffalo, and NYC throughout the 60s/70s. The documentary is directed by Emmy-nominated filmmaker (and wife of Spain), Susan Stern.

From the propaganda comics of WWII, to the underground comics breakthrough in 1960s New York and San Francisco, to the graphic novels of today, Bad Attitude is an enthralling history of comics and a rousing call to art and activism. Featuring a roster of friends and family, Bad Attitude dives deep into Spain’s life with insight from comics luminaries R. Crumb, Art Spiegelman, Trina Robbins, Aline Kominsky-Crumb, and Ed Piskor, and features animation by Spain’s daughter, the New York-based artist, Nora Rodriguez.