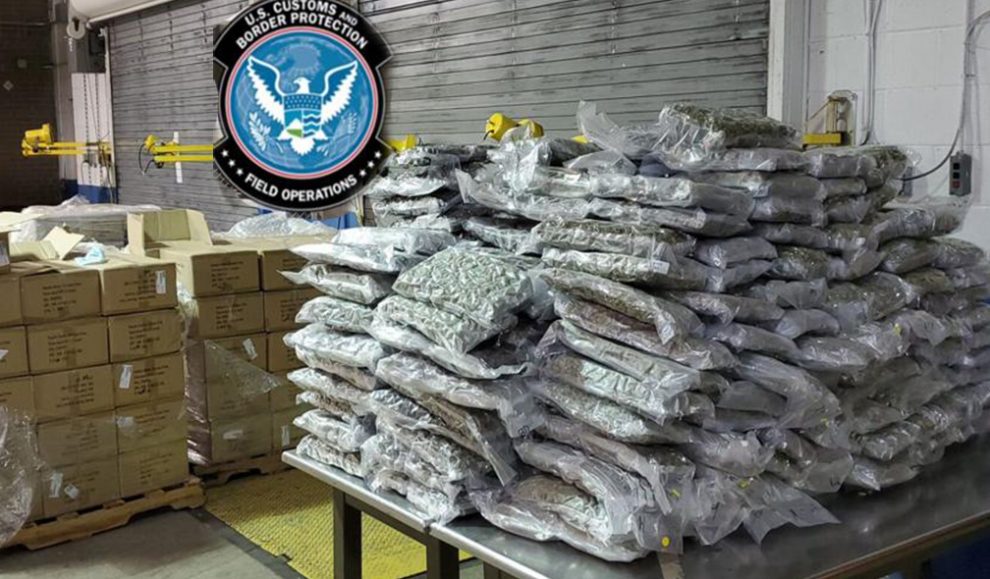 Just think, in a year this marijuana might be legal. Not today though. According to a Buffalo News report the shipment in the tractor-trailer was listed as “phone accessories.” but when U.S. Customs and Border Protection officers examined the pallets inside a tractor-trailer stopped Wednesday at the Lewiston-Queenston Bridge they found 840 vacuum-sealed packages of marijuana.

The seized weed weighed nearly a half-ton – 936 pounds – and has an estimated street value of $1.9 million. No arrests were announced in connection with the seizure.