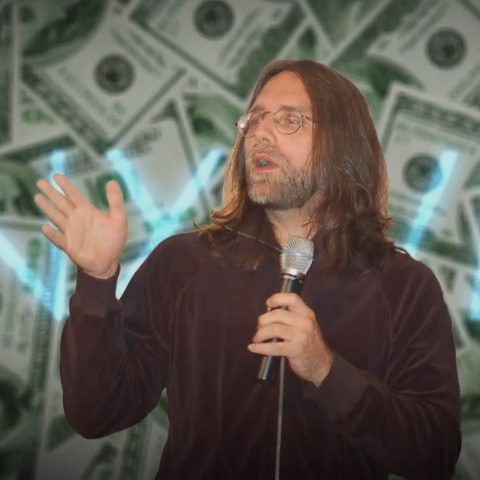 “Keith Raniere is a god-like figure to members of his mysterious organization, NXIVM. Using his powers of persuasion along with classic multilevel marketing techniques, he amasses thousands of followers—many of them rich and famous—and hundreds of millions of dollars in contributions. But what many in the group don’t know is that for Raniere, NXIVM is essentially a front for sex trafficking and horrific abuse. Ultimately they learn a painful truth: their purported “self-help” group was mainly helping Raniere.”

The episode is set up by American Greed narrator Stacy Keach like this:

“…Keith Raniere is Vanguard…A god-like figure to his followers who funnel millions to his self-help group, Nxivm. But as former insiders now reveal, he uses it to fuel his most dangerous appetites.”

Watch preview clips of the upcoming Nxivm American Greed episode below. We’ve also posted some screenshots after the videos.

CNBC: “Referred to as ‘Vanguard’ by his followers and ‘the smartest man in the world’ by himself, Keith Raniere attracted many members to his purported self-help consortium, NXIVM. However, what was thought to help people achieve higher consciousness for Raniere only resulted in abuse, sex trafficking, and conspiracy.”

Clip 2: How the Bronfman Sisters became involved with Keith Raniere and NXIVM

CNBC: “Keith Raniere is a god-like figure to members of his mysterious organization, NXIVM. Using his powers of persuasion, he amasses thousands of followers—many of them rich and famous—and hundreds of millions of dollars in contributions…but is NXIVM all that it seems?”

CNBC: “NXIVM is a mysterious organization run by Keith Raniere – but many group members don’t know that it’s essentially a front for sex trafficking and horrific abuse. Ultimately, they learn a painful truth: their purported ‘self-help”‘group was mainly helping Raniere all along.”

Some screenshots from the NXIVM American Greed episode

American Greed goes inside the dark side of the American Dream – where money seduces, power corrupts, and smooth criminals will stop at nothing to get rich. Their complex scams leave victim’s lives in shambles. Each episode is a deep dive into the minds and actions of heartless crooks who live lives most people can only dream of. But how many luxury homes and exotic cars does it take to justify these white-collar crimes? Ultimately, for the crooks, the dream turns into a nightmare when their shady plans unravel. American Greed follows the money through the eyes of the criminals, the victims, and the investigators who bring these scammers to justice.