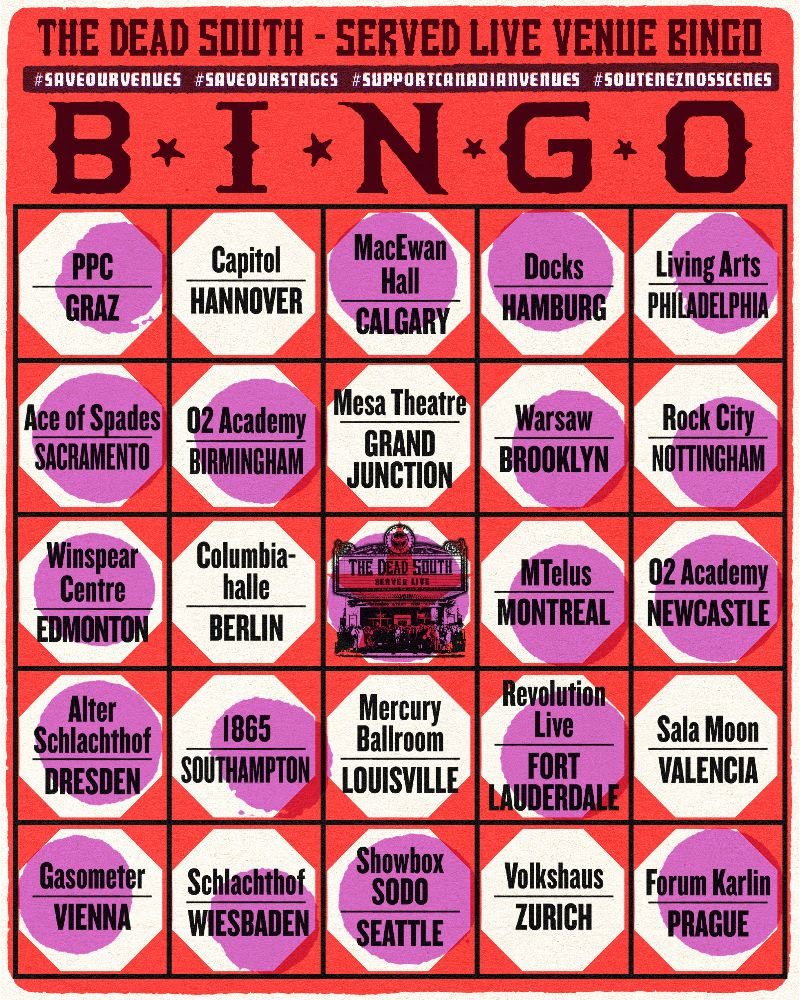 The Dead South announce Served Live Venue Bingo, a creative fundraiser that shines the light on venues around the world to promote and support the work being done to stabilize the live music industry during the pandemic – and beyond – by three organizations: NIVA (#SaveOurStages, USA), Music Venue Trust (#SaveOurVenues, UK) and CIVC (#SupportCanadianVenues, Canada).

For a band that has made its name on the road, show after show, Served Live Venue Bingo aims to give back to those whose livelihoods are connected to touring, and those who have been instrumental in helping The Dead South at every step along their way. Served Live Venue Bingo will take place online, worldwide, on February 20, 2021. For details and to play, click HERE.

Served Live, The Dead South’s new live album, is out Friday, January 29. The album, recorded in iconic venues in the USA, Canada and UK on a tour that has now been postponed to 2021-2022, is a complete set list experience. The liner notes thank the band’s tireless road crew, from tour manager to sound tech, merch team, drivers and more. As told to The Bluegrass Situation, Nate Hilts shares, “It’s been tough not being able to do what we love. Playing live shows is a part of who we are and it has been ingrained in us to work hard and put on a great show night after night, and we miss the hell out of it! Putting out a live record is the next best thing to keeping these feelings alive and strong. We hope this live album brings people great feelings and sparks memories of unforgettable nights with us.”

Listen to “The Recap” from Served Live here.