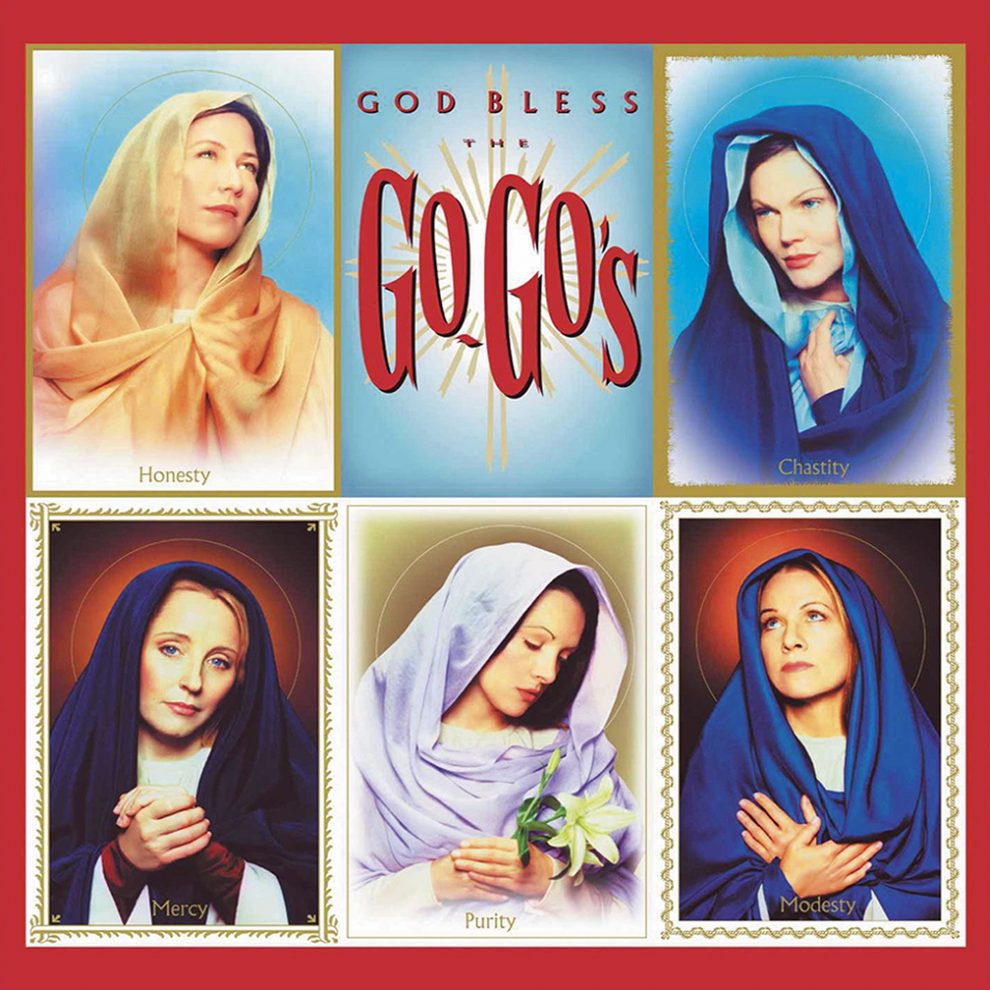 The Go-Go’s’ critically acclaimed 2001 reunion album, God Bless The Go-Go’s, celebrates its 20th anniversary and will be reissued on CD, vinyl and digital formats via Eagle Records. This is the first time the original album version of God Bless The Go-Go’s will be available on LP and is pressed on 140gram, blue colored vinyl. The deluxe CD and digital versions feature new cover art and includes the bonus tracks “I Think I Need Sleep” and “King of Confusion.” Pre-order here.

Featuring Charlotte Caffey (lead guitar, keyboards, vocals), Belinda Carlisle (lead vocals), Gina Schock (drums, percussion, vocals), Kathy Valentine (bass guitar, vocals) and Jane Wiedlin (guitar, vocals), God Bless The Go-Go’s was the band’s first studio album in 17 years following 1984’s Talk Show and reached No. 57 on the Billboard 200 and No. 17 on the Top Internet Albums chart. The album was produced by Paul Kolderie and Sean Slade (Radiohead, Hole) and features Green Day’s Billie Joe Armstrong on the single “Unforgiven,” Rame Jaffee (The Wallflowers and Foo Fighters) on “Here You Are,” as well as Roger Manning (Jellyfish. Imperial Drag and The Moog Cookbook) on the track “Daisy Chain.” Upon its original release, it was hailed by Uncut magazine for its “sheer, punchy exuberance” while Billboard was impressed with its “deliriously buoyant, unadulterated adult-made pop.”

The Alison Ellwood-directed THE GO-GO’S documentary, which first premiered at the prestigious Sundance Film Festival, aired over the summer on Showtime to rave reviews, achieved a 97% rating on Rotten Tomatoes and won a 2020 Critics Choice Award for “Best Music Documentary” in addition to receiving the honor of “Most Compelling Living Subjects in a Documentary.”

With their roots in the L.A. punk scene, the candid and archive-rich documentary assesses the group’s place in music history this serious appraisal of their story is the first to set the record straight about their historical ascent to global stardom.  A major highlight of the film focuses on their collaborative efforts in writing a new song, the female empowerment anthem “Club Zero,” which became the first Go-Go’s single in nearly 20 years and hit the Top 10 on the Rock Digital Song Sales chart.