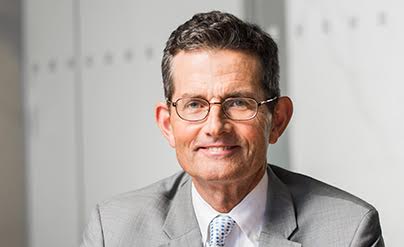 As part of an investigation into the US criminal justice system and why this nation produces the largest number of citizens in the world who are in prisons, Artvoice is publishing/republishing articles by various writers and experts.

The following is by the distinguished attorney, former prosecutor, and former judge, John Gleeson.

His legal career includes his work as:

A grand jury presentation can consist entirely of information that would be inadmissible at trial.

A prosecutor may knowingly use illegally-obtained evidence to obtain an indictment.

And if she has evidence in her possession that substantially exculpates the target, she may withhold it from the grand jury.

The grand jury presentation need only establish probable cause to believe the target committed the crime. If 11 of the 23 grand jurors are unconvinced that even that low threshold of probable cause has been met, an indictment can still be obtained. And, of course, it’s all ex-parte, [the defendant is not present] so no one is even there to question the prosecutor’s presentation.

What accounts for all this?

Why do our Supreme Court decisions and federal rules establish a charging process that guarantees that imperfect, ill-advised criminal charges can make it through if the prosecutor presses them?

The answer is simple: because of trials.

Those imperfect, ill-advised charges will come out in the wash when they are subjected to the cleansing effects of a criminal trial in open court.

Indeed, when prosecutors know that such charges will go to trial, where they must be proved beyond a reasonable doubt to the satisfaction of a unanimous jury based on admissible evidence that is subject to vigorous challenge by defense counsel to whom exculpatory evidence must be disclosed, they are not likely to bring them in the first place.

One of the most important issues in criminal justice today is the vanishing trial. Once the centerpiece of our criminal justice ecosystem, the trial is now spotted so infrequently that if we don’t do something to bring it back, we will need to rethink many other features of our system that contribute to fair and just results only when trials occur in meaningful numbers.

The first task in solving a problem is identifying its causes.

Mandatory minimum sentencing provisions have played an important role in reducing our trial rate from more than 20% thirty years ago to 3% today.

Instead of using those blunt instruments for their intended purpose — to impose harsher punishments on a select group of the most culpable defendants — the Department of Justice got in the habit long ago of using them broadly to strong-arm guilty pleas, and to punish those who have the temerity to exercise their right to trial.

In too many cases, excessive trial penalties are the result of judges having internalized a cultural norm that when defendants “roll the dice” by “demanding” a trial, they either win big or lose big. The same judges who will go along with a plea bargain that compromises a severe Guidelines range are too reticent to stray very far from the sentencing range after trial.

Putting the government to its proof is a constitutional right, enshrined in the Sixth Amendment; no one should be required to gamble with years and often decades of their liberty to exercise it.

There is also an “innocence problem,” that is, the fact that prosecutors have become so empowered to enlarge the delta between the sentencing outcome if the defendant pleads guilty and the outcome if he goes to trial and loses that even innocent defendants now plead guilty.

But there’s an even larger hypocrisy problem.

Our Constitution claims to protect the guilty as well, affording them a presumption of innocence and protecting them from punishment unless the government can prove them guilty beyond a reasonable doubt. A system characterized by extravagant trial penalties produces guilty pleas in cases where the government cannot satisfy that burden, hollowing out those protections and producing effects no less pernicious than innocents pleading guilty.

The solutions may be from the sweeping (ban those mandatory minimums) to the technical (eliminate the motion requirement for the third “acceptance” point), and include suggested modifications to the “relevant conduct” principle at the heart of the Guidelines, pre-plea disclosure requirements, “second looks” at lengthy sentences, and judicial oversight of plea discussions.

There is no such thing as a perfect criminal justice system. But a healthy one is constantly introspective, never complacent, always searching for injustices within, and determined to address them.

The sentencing reform movement a generation ago disempowered judges and empowered prosecutors. Federal prosecutors have used that power to make the trial penalty too severe, and the dramatic diminution in the federal trial rate is the result.

Our system is too opaque and too severe, and everyone in it – judges, prosecutors, and defense attorneys — is losing the edge that trials once gave them. Most important of all, a system without a critical mass of trials cannot deliver on our constitutional promises.

Here’s hoping that we correct this problem before it is too late.