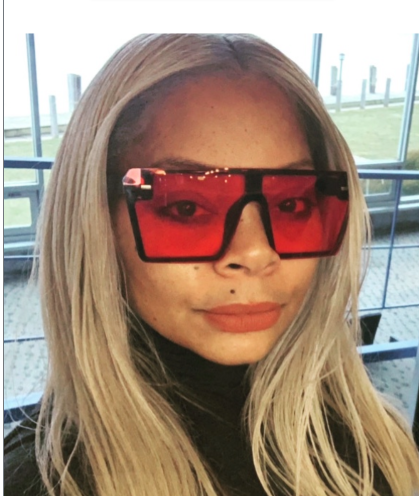 Dear Auntie: What should I get my man for Valentine’s Day? I know all the obvious things. I want to do something different. Sonia from North Buffalo

Dear Sonia: Due to the pandemic, there aren’t many choices for dining out. I’m aware that Buffalo lifted certain bans. Good luck trying to get a reservation this late in the game. Perhaps you can cook him dinner…to start. If you can’t cook, I suggest you get a cookbook. Something simple. There are several options via Kindle and Amazon. You can also go on @cookingwithjai on Instagram. She has a wonderful page full of recipes. There is also a cookbook that sells out each restock. Pick a meal and stick to the recipe. If he’s into smell goods, I may suggest the sensual cologne hand-made by Chris Classic called “Savoir Faire.” I have ALL of the scents. They make great gifts. Although delivery before V day is unlikely, it’s still an option. These scents are curated in Atlanta by hand. This is not a “everyone will have it” scent. It’s a “everyone wants to know what this is” scent. You can order from www.savoirfaire.store; the starter 3 pack is still available. Lingerie seems to be the go-to option. I disagree. Sex should not be given as a gift. That suggests you don’t like or love your fella. Sex should be given freely. The best gift you can give a man that acts right and doesn’t embarrass you online or in private …. loyalty, reciprocity and anything else he wants. If he’s handled you properly, loved you properly, touched you properly, he should be able to get whatever he wants on V day and each day. Don’t wait until a holiday (fake or not) to show you care.

Dear Auntie: Do you think ghosting is wrong? I’ve told this chick a million times about the same things. I feel I shouldn’t have to explain s*** to her anymore. I’m tired of this. She gone say it was because of Valentine’s Day and I’m broke or something. I’m not broke. She could have had anything she wanted, but she been on my nerves. There’s nobody else. I just don’t want her, and I don’t want to wait til this weekend. I don’t even care if she flip out. I don’t want her no more. It’s to the point where her voice is aggravating to me. What you think I should do? I’m from Buffalo

Dear from Buffalo: You probably think I’m going to tell you ghosting is wrong. It’s not. If you have told a person several times about the same issue and it’s not progressing, leave them alone. People respect you less and less when you don’t stand on what you say. Then they say we ghosted, when the reality is we just left you. We didn’t feel like having the same conversation about the same things. It’s pointless. If you’re going to do that BECAUSE of what this weekend is, tell her up front. This way it doesn’t lend to a story that you were cheating or fiscally irresponsible. When you tell her it’s not working, stand on it. Block her number. Remove her from all media. Change locks and anything else she may have access to. It will get torn up. There is no need to argue or play who was right and wrong. You don’t want her, let her be with someone else. I commend you. A lot of men would have kept her and just cheated. If it’s to the point where her voice is aggravating you, it’s time to go. Peace is more important than a piece. Don’t jump into anything else either. That’s the thing people wait for. They have a hard time believing that you’re not with anybody else and STILL don’t want them. Let her be the perfect match for somebody else. Clearly it’s not you.