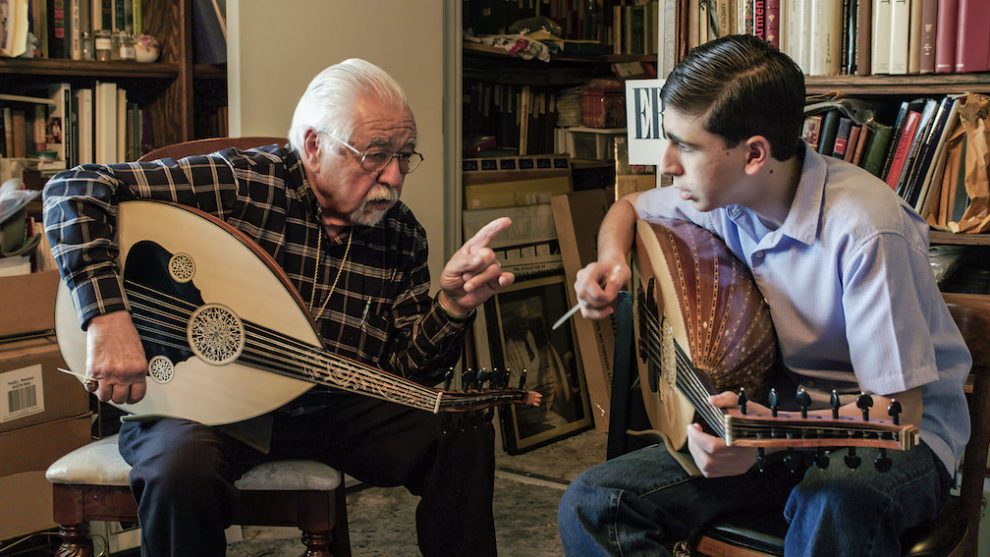 Generations of Americans of Armenian descent have had to reckon with the aftermath of a genocide that nearly annihilated their people. Their stories have a new urgency in light of the recent war that broke out between Azerbaijan, backed by Turkey, and the Armenians in the contested region of Nagorno-Karabakh, also known as Artsakh. The complex issues that have caused lasting trauma and led to the renewed violence today are illuminated in a pair of moving, deeply personal documentary films coming soon to the Western New York and Southern Ontario areas.

“100 Years from Home,” directed by Jared White and produced by Lilit Pilikian, airs on PBS station WNED Buffalo Toronto Public Media on Tuesday, March 9 at 8:00 p.m. ET. “What Will Become of Us,” directed by Stephanie Ayanian and Joseph Myers, follows directly after at 9:30 p.m. ET. Both films will be making their premieres in Buffalo, N.Y. and Toronto, Canada.

Toronto is home to one of the largest Armenian communities in the world. In October 2020, large groups in Buffalo and Toronto demonstrated to raise awareness for the Armenians of Artsakh in response to the recent violence in the region which resulted in thousands of deaths.

“100 Years from Home” is a vivid portrait of an American woman grappling with questions about cultural identity, intergenerational trauma, family, survival, and finding her place in her community and the world. The film was nominated for “Best Documentary” at the 2019 Arpa International Film Festival in Hollywood, Calif. where it premiered to a sold-out screening.

The picture follows Pilikian’s journey as she searches for her great-grandparents’ house in modern-day Turkey, which they were forced to abandon over a century ago during the Armenian Genocide in the Turkish Ottoman Empire that killed over 1.5 million Armenians during and after World War I.

Armenian Genocide Remembrance Day on April 24 will commemorate the 106th anniversary of the atrocity.

“What Will Become of Us” is a forward-looking feature documentary produced for public television distribution that speaks to the many immigrant communities who have experienced trauma. Today, often unrecognized, these tragic events create a burden for the younger generation, discouraging them from taking up their culture. “What Will Become of Us” follows six Armenian-Americans – famous and otherwise – as they navigate this solemn centennial and strive to forge identities for the next hundred years.

“Genocide always casts a long shadow. The greatest challenge for any community that has gone through a genocide is to be able to come out of that shadow,” said Columbia University scholar Khatchig Mouradian in an affecting segment of the film.

Early in the film, Karine Shamlian looks through family photographs with her grandmother, 108-year-old genocide survivor Asdghig Alemian Tetezian, who bears witness to the horrors she personally witnessed as a young girl.

To bring their story to life, Ayanian collaborated with long-time filmmaking partner Joseph Myers. Myers, being of Jewish decent, had an immediate connection to the story. The film premiered in late March 2020 through Detroit Public Television and is now being distributed on PBS stations across the United States. Ayanian, whose grandparents survived the Genocide, said, “My desire as a filmmaker is to make their sacrifices count.”

In “100 Years from Home,” the blueprint for the long-lost house was passed down from generation-to-generation until finally ending up in the hands of Pilikian. On the eve of the 100th anniversary of the Genocide, Pilikian embarked on an emotional journey to Armenia and Turkey in search of the house with her filmmaker husband Jared White.

The harrowing-yet-hopeful documentary was produced by the duo and directed by White, a non-Armenian who offers a unique outsider’s perspective on the subject.

“My culture and identity is something I’ve always struggled with, and it’s probably something most people don’t even know about,” said Pilikian. “Jared and I were able to tell the ‘100 Years from Home’ story in a way that allows people who aren’t Armenian into this world.”

Born in Los Angeles, which is home to one of the largest Armenian populations in the world, Pilikian never felt fully at home as an Armenian or as an American. Her struggles are common among American-born children of immigrants.

Turkey’s continued denial of the Armenian Genocide adds to the grief, and its lasting impact on the descendants of survivors is a sentiment that is shared from various sources throughout both films. This state of affairs caused apprehension for Pilikian to enter Turkey, where hatred of Armenians is still very common today. The two films shed light on the United States’ role in providing humanitarian relief during the Genocide, followed by a century of virtual silence on the matter until the U.S. Congress passed resolutions recognizing it at the end of 2019.

While these films deal with weighty issues, in the end, the stories are hopeful. Pilikian comes away from the experience with a much stronger sense of herself and her heritage. “Confronting these issues that I often avoided while growing up was difficult for me, but ultimately cathartic. I became more comfortable in my own skin, in my own story,” said Pilikian. “I realized I’m not alone in this.”

Jared White, Director & Co-Producer (100 Years from Home): Jared White is a writer and director from Los Angeles who makes films with a focus on empathy and the fight for justice. He started the production company Squared Pictures with his wife and frequent collaborator Lilit Pilikian. His work has premiered at highly regarded film festivals, been featured on top web platforms and received national television exposure.

Lilit Pilikian, Producer & Subject (100 Years from Home): Lilit Pilikian is an Armenian-American born and raised in Los Angeles. As an Industrial Designer, she’s primarily worked in consumer electronics, most recently on high tech toys at Mattel. She’s also worked in User Experience as part of the Innovation team at Sony Pictures Home Entertainment, and as a production designer on a host of film sets. Follow her film work with her husband and collaborator Jared White at SquaredPictures.com.

Stephanie Ayanian, Co-Director & Producer (What Will Become of Us): Stephanie Ayanian is a producer/director from the Philadelphia region. Her film “Kinderwald” screened on the closing night of the Slamdance Film Festival in 2014 and was an Official Selection of the Munich International, Seattle International, and Napa Valley film festivals. Previously, Ayanian worked as a senior producer/director for Penn State Public Broadcasting where she earned the American Association of Engineering Societies Award for Journalism while producing national television documentaries and international streaming series.

Joseph Myers, Co-Director & Producer (What Will Become of Us): Joseph Myers is a documentary film director and cinematographer. His nationally broadcast documentaries include “Telling Amy’s Story,” “A Road to Independence,” “The Grange Fair: An American Tradition,” and “World on Trial” (episodes 1 and 2). Joe’s work has been seen on PBS, WORLD, NETA, APT, and the Discovery Networks among others and earned prominent awards. Some honors include Mid-Atlantic Chapter National Academy of Television Arts and Sciences Emmy awards, the Silver Screen Award, a CINE Golden Eagle, and prominent festival awards including Bare Bones, and Action on Film. Joe is a 2008 fellow of the CPB/PBS Producer’s Academy.