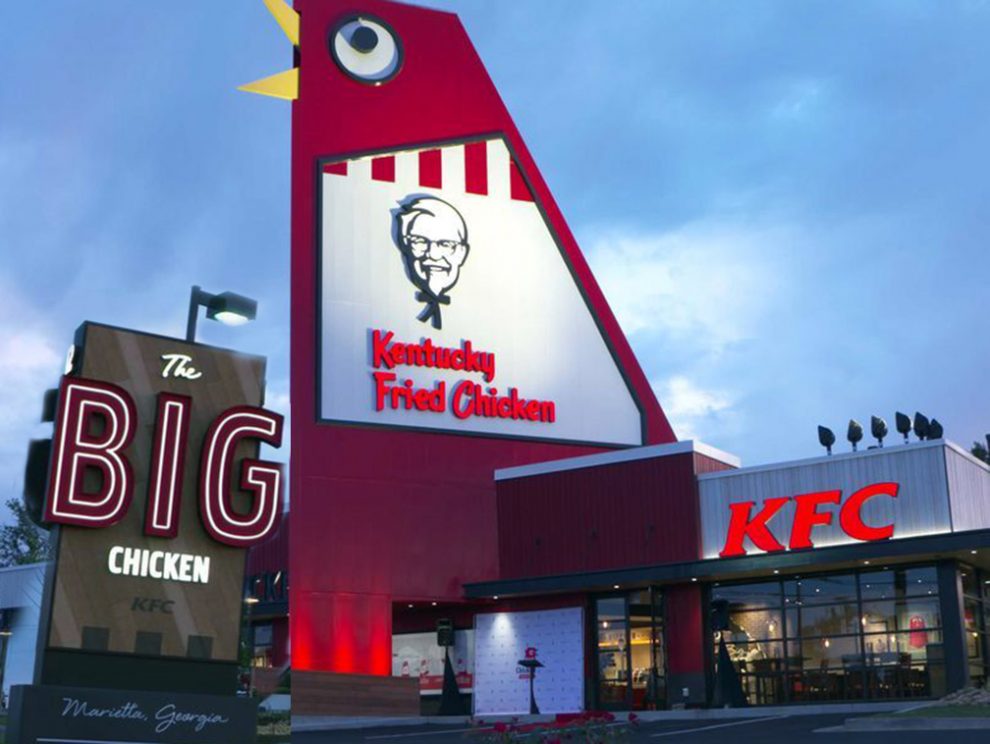 When I first moved to Georgia I received a quick education on a different way of life. As an icebreaker for my first day of teaching at Kennesaw State University I asked “why did I see so many Confederate flags when I went for a jog through my neighborhood?” and learned, “my uncle says there wasn’t a lawful surrender, so he still flies his because we’re still at war.”

I remember the first time I heard about the Big Chicken. It was part of directions I received so many times, “if you see the Big Chicken you’ve gone too far,” or “turn left at the Big Chicken.” But it all made sense when I drove up on Cobb Parkway, the Kentucky Fried Chicken was a 40-foot-tall red chicken.

There were more Peachtree streets in Atlanta than a person could count, and directions in Marietta did not make sense, but the Big Chicken was a landmark I could work with. It is an understatement to say people do things differently in Georgia.

The election for Governor in 2018 was exhausting and cringe-worthy; Brian Kemp ran an ad that featured him pointing a shotgun at a teenager who presumably wanted to date one of his daughters and I must have suffered that sight 10,000 times. Dating his daughter would require “a healthy appreciation for the second amendment…” even though he didn’t practice basic gun safety when pointing the weapon at the child. The race for the Republican nomination featured many guns and explosions. The best I could tell was they were trying to out-crazy each other; pointing a shotgun at a teenager sure seemed insane to me.

It would come as no surprise that I support Stacey Abrams. She did not point guns at teenagers; she champions free and fair elections. Many of the people where I lived supported her, she beat Kemp in Cobb County by 30,000 votes, but it gets tricky. Kemp was Secretary of State and running the election he was in.

I was interviewed for a New York Times piece to describe my experience of voter suppression. When I voted early it was incredible, it took hours to vote, and it was a surprisingly hot and humid day. Emergency medical treatment was summoned twice, people had collapsed of heat exhaustion while waiting, and I truly would not have believed what was happening if I did not see it with my own eyes.

The demographics were clear, and Kemp had a vested interest in making it more difficult for the voters where I lived to exercise their right to vote because we supported his opponent.

Increased turnout was expected, but instead of increasing polling locations, in areas with high concentrations of liberal and minority voters polling sites were closed. Kemp was able to make the exceptionally long line by overseeing the combination of reduced polling locations with fewer voting machines, reduced early voting access, and understaffing liberal-area polling locations. The bottleneck was completely avoidable, the suppression was intentional or complete incompetence.

Georgia Republicans have now proven themselves to be the big chickens. They cannot win a fair fight so they are investing in every strategy they can to limit access to the democratic franchise of voting. Republicans have had years to think about adjusting their platform to appeal to minority voters, but they have decided they would rather stifle their voices.

I watched two people collapse of heat exhaustion while they waited to vote and I saw people get bottled water from their cars to help those standing in line treat symptoms of dehydration. I heard paramedics tell a woman, “we really would like to get you checked out at the hospital,” her blood pressure was low, but she responded “not until after she voted.” I remember the triumphant fist in the air after she had succeeded in making her voice heard.

Now, thanks to the Georgia Republican state legislature, their new voter suppression law, giving water to a voter who is in line in Georgia is a felony. Less dramatic but more anti-democracy measures include a sharp reduction in dropboxes and several other limitations on voting clearly designed to impact districts that tend to vote Democrat. The few window-dressing assists to voters in the 98-page law are meant to give Republicans rhetorical cover. It is heinous corruption and the goal is clear; Republicans have decided they only way they can win is to discourage and suppress the people’s vote. This round of Jim Crow will give the Chickens sweeping powers to reject and throw away votes, and other states with Republican-controlled legislatures and governors are following suit with the Brennan Center reporting more than 350 such bills in 47 states.

The only fix is federal, the For the People Act, and we will see if it becomes law. It is the natural sequelae to the 1965 Voting Rights Act and is needed. Now.

I received messages and threats after the New York Times story was published in 2018. People accused me of everything from being a liar to being a race traitor. They posted fake reviews calling me a bad professor and contacted the department where I taught. But I will still speak out and I hope all patriotic Americans join me in condemning these big chickens. The repeated efforts to undermine black votes and black voices is disgusting and we need to make sure the racist strategies are punished, but, sadly, for the moment Georgia’s big chickens are getting away with it.