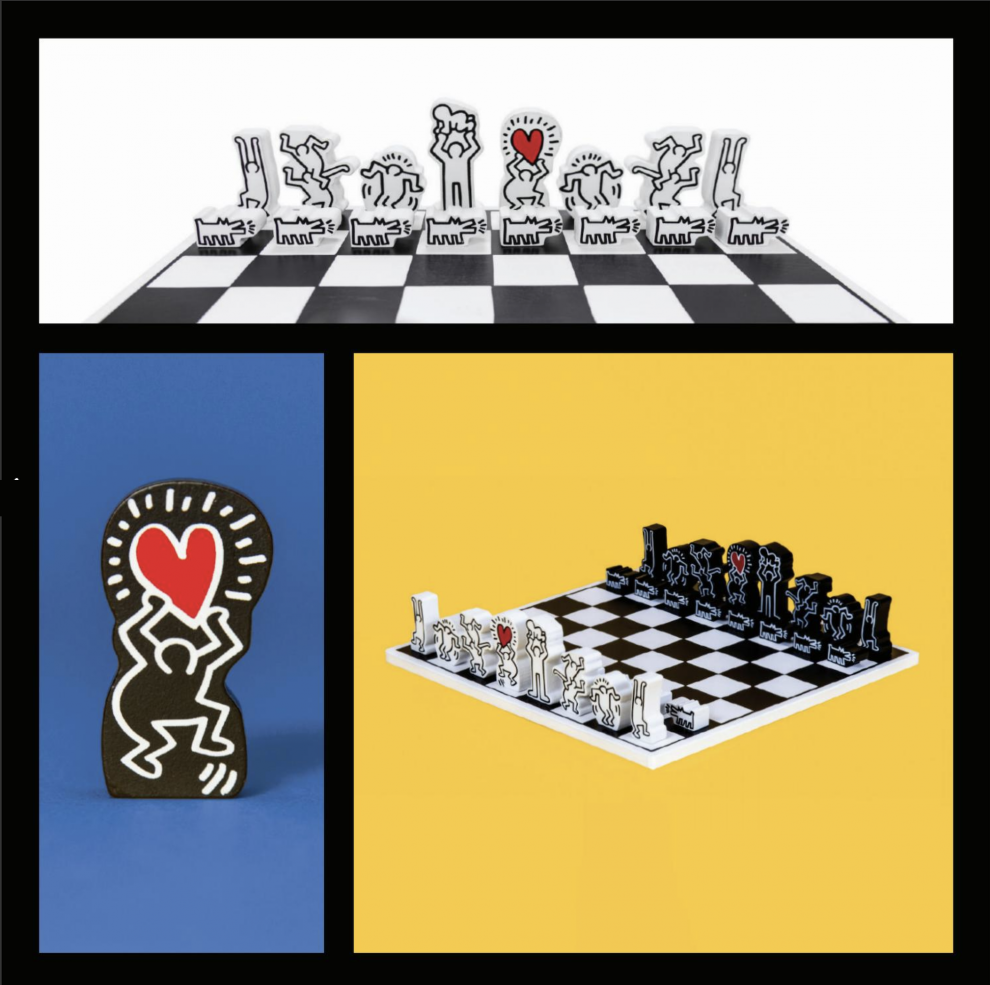 There is a special exhibition at the World Chess Hall of Fame in St. Louis, MO – Keith Haring: Radiant Gambit, on display through May 16. The exhibition features 130 works by world-renowned artist Haring, known for his art that proliferated in the New York subway system during the early 1980s. The display includes a never-before-seen private collection of Haring’s works and photographs of the artist.

Two artists – LA2 (Angel Ortiz) who befriended Haring as a teen and collaborated with the artist for six years, and Thierry Noir, credited as the first artist to paint on the Berlin Wall – have hand-painted chess sets in this show, as well as Sickboy and Darren John, two UK-based street artists. Two commercially manufactured posthumous chess sets featuring Haring’s artwork are also on display.

Four St. Louis local artists – Dail Chambers, Stan Chisholm, Edo Rosenblith, and Peat EYEZ Wollaeger – contributed to the exhibition, taking inspiration from the art and life of Keith Haring and the game of chess to create a diverse array of artwork, ranging from murals to an illuminated chess set.