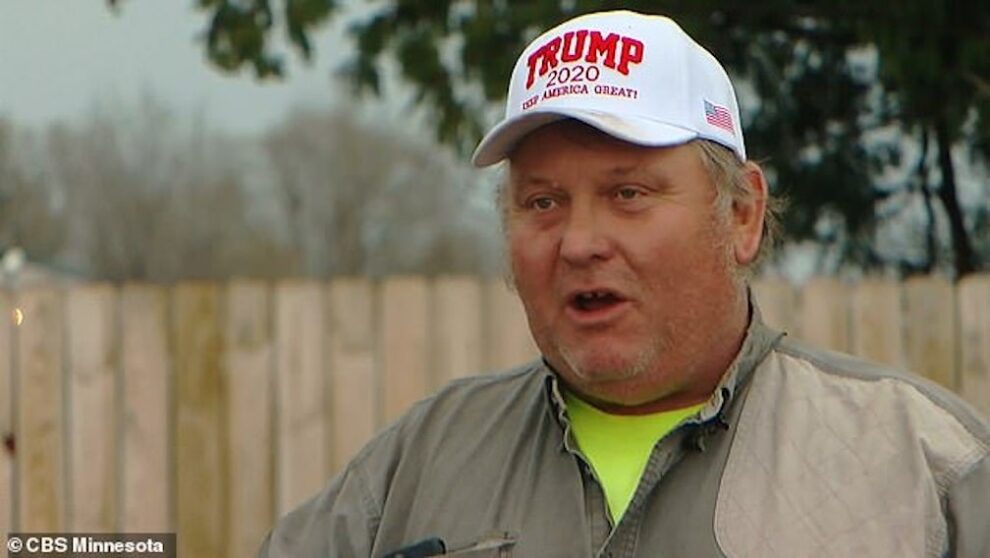 Johnson told viewers Donald Trump IS STILL PRESIDENT and his vice president is John F. Kennedy, Jr., who died in a tragic plane accident in 1999 at the age of 38.

JFK, Jr. being alive is one of the QAnon cult’s beliefs.

Over a thousand people showed up for the flag raising, which Johnson is being fined for every day because it far exceeds the city’s code. Johnson also told us there is a big QAnon party in the works for when they add Donald Trump’s head to Mount Rushmore… happening very soon if you didn’t know.NEWSMAX is owned by Trump pal Chris Ruddy and the newscaster interviewing this bozo never mentioned that JFK Jr. was dead. They just don’t care if they’re nurturing lunatics.

BLUE JAYS BACK IN BUFFALO
NEW ART: “Artists Up Front” project at Burchfield-Penney