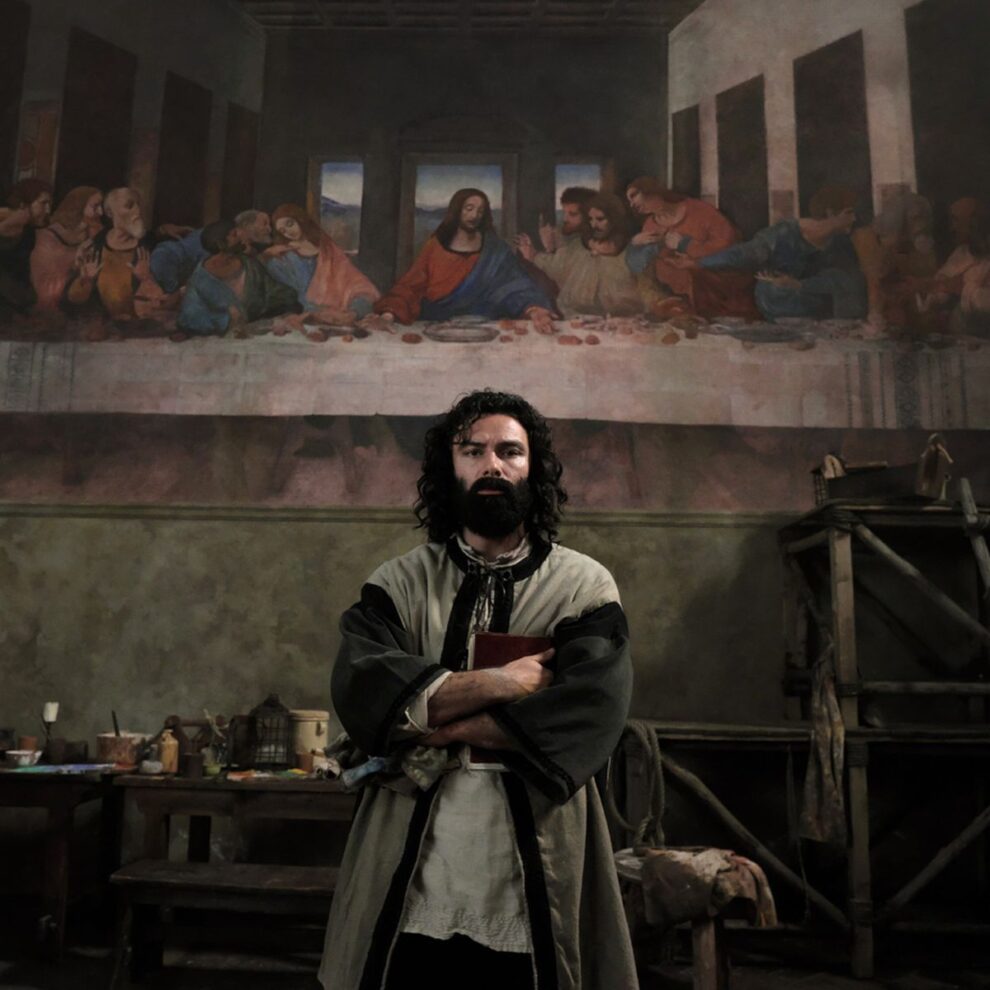 Leonardo da Vinci is one of the greatest men who ever lived. We know that’s a bold statement to open an article with, but we stand by it. The Italian polymath was a genius by anybody’s standards, and while he’s best known for his Renaissance-era works of art, he was so much more than just an artist. In fact, da Vinci didn’t even enjoy being described as an artist. He was more interested in maths, science, and medicine than he was in art. He just happened to be very good at painting and wasn’t opposed to the idea of earning money that way.

The works of art created by da Vinci during his lifetime are world-famous. The most obvious example is, of course, the “Mona Lisa,” but there’s also “the Last Supper,” “The Virgin of the Rocks,” “Salvator Mundi,” and “Vitruvian Man.” Many of those works of art have even found their way to online slots websites. Check out Rose Slots NZ, and you’ll see online slots with names like “Da Vinci Diamonds” and “Da Vinci Treasure.” It’s difficult to imagine any other artist having their work used as the basis for someone to make an online slots game. We have no idea whether the man himself would have approved of his work being used in such a way, but then we don’t know how he felt about a lot of things. Strangely, for a man so famous, we know very little about da Vinci as a human being at all.

There’s a new television show – available for streaming right now – that’s trying to fill in the blanks by giving us a fictionalised account of da Vinci’s personal life. The series, appropriately titled “Leonardo,” stars Aidan Turner of “Poldark” fame in the lead role. It first became available on Amazon Prime on April 16th, which has given viewers and reviewers enough time to watch and digest the entire series. They’ve since started giving their views on it, and to say that the reception has been polarising would be an understatement. Most of the negative reaction stems from an extremely important aspect of the plot: da Vinci, as played by Turner, is homosexual. In interviews, Turner has repeatedly defended this aspect of the plot and stated there’s definitive evidence that shows da Vinci was gay. The reality may be a little difficult.

In truth, it appears that da Vinci was appalled by the very concept of sex. He once wrote that the act of procreation was disgusting and went on to say that his intellectual passions drove out any idea of sensuality. To make the point even clearer, he said in a separate letter that anyone incapable of curbing their “lustful desires” was no better than an animal. There’s no romantic poetry attributed to da Vinci, nor any evidence that he ever had a sexual relationship of any kind with anybody. Giorgio Vasari, da Vinci’s contemporary biographer, doesn’t make any reference to da Vinci’s sexuality in any of his works. Many modern historians and biographers believe he was entirely asexual. There are doubts, though. He was accused of sodomy in 1476, although the charge never went any further than the initial accusation. There’s also a perceived erotic tone to some of his later paintings, most notably “Saint John the Baptist.” There’s certainly room for conjecture, but nothing definitive. For the makers of “Leonardo” to decide da Vinci was homosexual is a bold choice, and unsurprisingly hasn’t been popular with everybody.

Even without the controversy about da Vinci’s sexuality, some reviewers feel the show simply isn’t very good. “Insipid” isn’t a word any TV writer would want to see used in connection with anything they’ve created, but that’s how the Guardian describes “Leonardo.” That’s actually one of the kinder words used in the review. Although Turner receives some light praise for his “intense” performance, the show is described as “cringe-inducing,” “terrible,” and “woeful,” with the performers looking “stricken with horror” about having to be involved in the production at all. To make matters worse, the producers made the bizarre decision to present the series as a murder mystery. Da Vinci achieved many wonderful things during his lifetime – arguably far more than anyone would be able to fit into the running time of the average series or television show – but much of it is left out. Instead, the writers of “Leonardo” have da Vinci preparing to stand trial for the murder of his friend Caterina de Cremona. In real life, da Vinci had no such friend and was never charged with any murder.

We can understand the use of artistic license, but the idea of inventing a murder charge and directing it at one of the most famous and accomplished men ever to have lived is a strange one. Given that the series is presented as a biopic, there will doubtless be viewers who assume everything they see on screen is real. Indeed, the phrase “was Leonardo da Vinci charged with murder” now turns up as a predictive search if you start typing it into Google. The inclusion of this story element – which doesn’t tell us anything new about da Vinci or shed any light on his life – derails the entire show.

Even with all of this said, though, there are still viewers who’ve enjoyed it. It’s currently rated 6.9 out of 10 at IMDB, and Google reviews tend to alternate between four stars and five. This might be yet another example of a television show being far more popular with the general public than it has been with critics and reviewers. The general consensus among the people paid to express their opinions, though, is that it’s a dud. You’re still free to make your own mind up, though. If the idea of watching Leonardo da Vinci attempt to defend himself against a murder charge that never existed while having homosexual relationships that probably never happened, you may do so at your leisure.

Ultimately, the thoughts of critics don’t appear to matter. The show has already been confirmed as returning for a second season, with Aidan Turner still in the role. Who knows what da Vinci will get up to next time? A bank heist, perhaps? In a strange way, we can’t wait to find out!