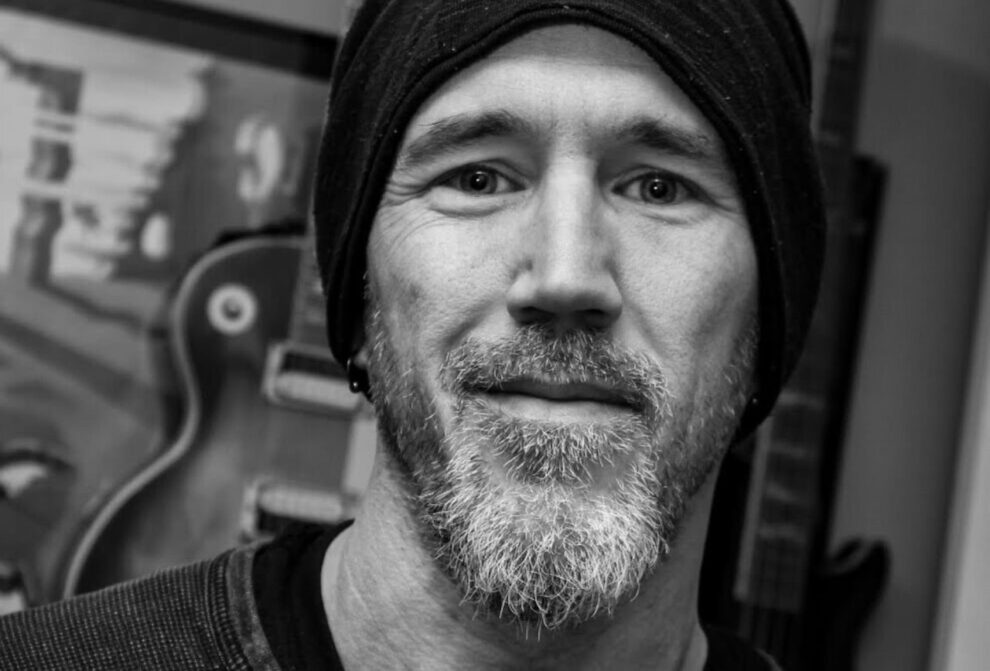 Today we’re joined by James David Redding III. James is a sound expert with nearly 20 years of experience in audio post production. He and his team won a 2021 Golden Reel Award for Outstanding Achievement in Sound Editing with The Queen’s Gambit. You can hear more of James’ work in the Oscar-nominated feature Carol, FX’s series The Americans, and in the award-winning documentary MLK/FBI. James has worked as an ADR recordist, foley recordist, SFX editor, sound supervisor, re-recording mixer and sound designer over the course of his career so far. He’s a true expert in all things sound and we’re excited to hear from him!

Tell us a bit about yourself. What was your first job in sound design and how did you decide to pursue your craft professionally?

My name is James David Redding III and I am a sound designer, sound editor, and re-recording mixer with 20 plus years of experience.

My first official job was at Sync Sound Inc in New York City. Owned by audio post-production veterans Ken Hahn and Bill Marino. Under their guidance, with a great crew of staff audio professionals, I had the chance to make sound design for projects ranging from documentaries, like The Rolling Stones: Tip of the Tongue, episodic television series such as The Americans and 30 Rock, and some great feature films.

While studying audio at Ithaca College, I saw a Luc Besson film, The Fifth Element. The sound in that film just mesmerized me and I realized I wanted to do sound for picture. I was afforded the opportunity to do an internship in Los Angeles under Dane A. Davis, at the time he was working on The Matrix and I learned so much while working with him. He remains a great inspiration and friend to this day.

Who are some of your favorite long term collaborators?

Well, I have worked with Ken Hahn and Tony Pipitone as sound collaborators since my first day on the job at Sync Sound and have continued working with them throughout my career, even after going freelance. Over the years I have worked with many other great sound crews… Leslie Shatz, Eliza Paley, Tony Volante, Damian Volpe, and Mary Ellen Porto. I am lucky that I have gotten to work with some of the best in the industry.

Producers and directors that I have always enjoyed working with over the years include Joel Fields, Joe Weisberg, Dan Sackheim, Chris Long, and David Woods from The Americans. I’ve worked with Tom Fontana, Irene Burns and Aaron Seliquini on numerous projects, from Oz to the recent City on a Hill for Showtime. Being able to stretch my comedy work with Tina Fey, Robert Carlock, Jeff Richmond and Dara Scnapper is always a blast.

Working with directors like Todd Haynes, Frank Coraci, Brian Shoaf, and Bill Condon on feature films is just inspirational and helps make me want to strive to do better and better work on every project.

What scene was the most fun to work on for MLK/FBI?

Fun and MLK/FBI… things I wouldn’t normally put together, but it did present some interesting challenges. Between archival footage that we have seen, recreations and visual effects, and trying to keep it all within the same audio realm was a process I thoroughly enjoyed tackling. We had these shots of the wiretap recorder’s meter bouncing and we needed to create some nondescript sounds that were believable to go along with it. We ended up mangling some audio recordings through Audio Ease’s Speakerphone, which was fun. Also for the visual effects with the microfiche, typewriter, and photocopier I had to create a sense of weight and danger, while not being “heavy-handed”. I always enjoy those challenges. With all of my projects, I try to clear my head of audio preconceptions and approach them uniquely with a fresh sound palette.

What gear do you tend to use, especially in the production of The Americans?

Along with Avid Pro Tools, my other constant go to tool was my Zoom recorder for The Americans. We were always trying to establish locations and give them unique sonic qualities. I live in suburban New Jersey and I work in New York City a lot so I would record everything in between for the show. My commuter bus ride into the city helped with a scene on an airport bus ride. The tone of my own house was one of the layers of the “Jennings’” house.

I wish I had some of the tools I have recently acquired, such as Krotos’ Weaponizer and Igniter. I would have enjoyed using them during the many gun shoot outs and car chases. I am finding them really helpful on my current project, City on a Hill.

Since I didn’t have those tools at the time of The Americans, I relied on my terabytes of sound effects organized with Soundminer and some great plugins. I like having a chance to explore plugins to their fullest, sometimes using them for other experiences than they were intended. Sometimes I would use a guitar amp simulator to add overdrive distortion to a sound that I had already pushed to feedback through a reverb to create a sense of chaos, overwhelming the scene, as though a character is being pushed to the edge.

Who are some of your influences?

My earliest influence, though I didn’t know it at the time, was Ben Burtt. Obvious, right? I think he is a lot of my generation’s influence. When I started really taking sound seriously for a career, in college when I really started on my path, Julia Evershade, John Fasal, and Mark Mangini, hugely propelled me in my thinking with their work on The Fifth Element. At the time, I wasn’t aware how influential they would be on my career trajectory. When I was lucky enough to work

with Julia and John, at Danetracks, I remember thanking them and trying to impress upon them how much of an impression they had on my work.

Dane Davis was also a huge influence on me. Working with him at Danetracks was such a great experience. Dane’s view on sound design and pushing limits has helped me to push myself while working on projects. His guidance that early in my career has made me want to be a better sound designer and has given me a model for the type of mentor I want to be when working with younger sound professionals.

Ken Hahn, Bill Marino, Tony Pipitone, and Grant Maxwell, at my first job at Sync Sound, were so influential in my career. They supported my learning on the job, taught me so many techniques of the trade – in both mixing and constructing soundtracks. They gave me a chance. I probably would have bowed out a long time ago if it wasn’t for their support.

What is your dream project? Dream collaborators?

Dream project… that is always one of the toughest questions. Probably because I don’t ever want to stop dreaming. I just like working in audio no matter the genre or format. I would probably lean towards sci-fi/fantasy if I had to choose something to work on for the rest of my career. Honestly, I would say a dream project would be a fully collaborative one where we could explore different avenues for the soundtrack. These days it sometimes feels like you don’t ever have enough time to fully play with ideas, let them gestate and grow.

As for collaborators I would love to work with the folks at Skywalker Sound again. I had the chance to finish a mix on that campus with Steve Boeddeker, who was great to work with, and I would like that opportunity to do so again. Being on that campus was just a creative high for me. Very inspiring atmosphere and great people.

You can learn more about James at his website: http://jdr3productions.com. Keep up with James and his career on social media at @jdr3productions on Facebook and Instagram, @jamesdave3 on Twitter, and at James David Redding III on LinkedIn. Thanks for reading!