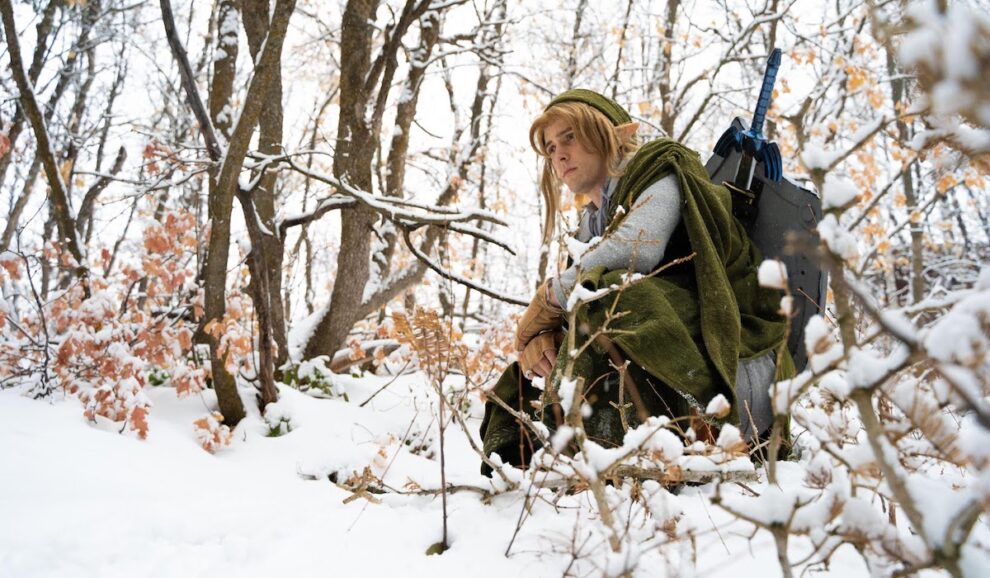 As an avid cosplayer and streamer, Wes Johnson is working on providing an innovative experience for his viewers. Best known for his fun renditions of popular characters, like Legend of Zelda’s Link, and his upbeat personality, Wes is utilizing what he learned at Smosh Games in his own personal endeavors. That means creating a more personable experience on his Twitch and YouTube accounts.

Wes is also utilizing these new opportunities to pursue the things that are most important to him, like raising money for great causes like St. Jude Children’s Research Hospital. But how did he get started on this journey? Here’s how Wes Johnson went from being a gamer, to Smosh, to Wes_IRL.

Turning Gaming Into a Career

After spending his formative years playing video games, Wes went on to channel that passion by turning it into a career. Before he could do that, he spent 10 years in Los Angeles working on video production skills, both on and off the camera. His first breakthrough coming when he joined the cast of the Smosh Games as an editor.

In addition to acting as an on-camera personality, at Smosh Wes learned:

Using the experience he gained from Smosh, Wes started streaming on Twitch under the name, Wes_IRL. When Wes would eventually leave Smosh in 2018 he would set out on his own with his IRL Bros channel on YouTube, and Wes_IRL channel on Twitch respectively.

While his new channel started with video games, Johnson has branched out to running Dungeons and Dragons campaigns as well, affording Wes the opportunity to engage his storytelling skills while helping everyone see the magic and creativity in playing D&D with friends in real life and online.

When Wes was growing up, his grandfather stepped in to serve as a father figure and provided endless support. As he belted out tunes, read stories, and made up funny voices, his grandfather inspired the creativity that saw Wes originally pursue opportunities in voice acting.

Beyond his grandfather’s influence, Johnson is inspired to use his endeavors to help others. He’s especially passionate about lifting charities designed to help children to make their future look much brighter. He uses his streams to drive attention toward those charities and encourages his viewers to donate to their causes.

Creativity is at the heart of all Wes does and his favorite work so far is his Yeet 4 Initiative show. This endeavor focuses on the creation and playthrough of imaginative Dungeons and Dragons campaigns.

As the dungeon master, he guides the group through their experience and creates the storyline in real-time. To do that effectively, he has compiled more than 500 pages of content, including tons of lore for their world.

In addition to his Dungeons and Dragons content, he’s always focusing on writing new scripts for stories he wants to tell. He also spends time LARPing with his community on Twitch to get the creative juices flowing, in addition to spending quality time with friends.

Wes happily serves as an inspiration to aspiring cosplayers and streamers. As for advice, he encourages them to just get out there and have a great time. Urging them to work with what they have and not worry about going for the biggest, most expensive costumes or setups.

Instead, just hit the ground running and see what evolves from what you have. Then, as you continue, there will be opportunities to upgrade to better things and bigger goals. But remember cosplaying is supposed to be fun, so stick to your passions more so than worrying about trying to compete with others.

Beginning cosplayers can make their costumes out of found objects, for example, until they can afford much pricier pieces.

New streamers, on the other hand, need a basic webcam, a standalone microphone, and a computer that can run video games if they have aspirations of playing on Twitch. If they cannot afford a gaming computer right off the bat, Wes suggests starting on consoles instead.

In the end, it all comes down to creativity. As streamers and cosplayers get started, they will attract the most attention by standing out from the crowd. They should think about their strengths and how they can use them to create costumes and content that they’re passionate about.

Where to Catch Wes Johnson Next

Wes is building up his IRL bros channel on YouTube with regular video releases. On Fridays, you can catch Wes streaming his live Dungeons and Dragons campaigns on the Wes_IRL Twitch channel. Yeet4Initiative is always welcoming of new members of the community and serves as a great starting point for anybody curious about role-playing.