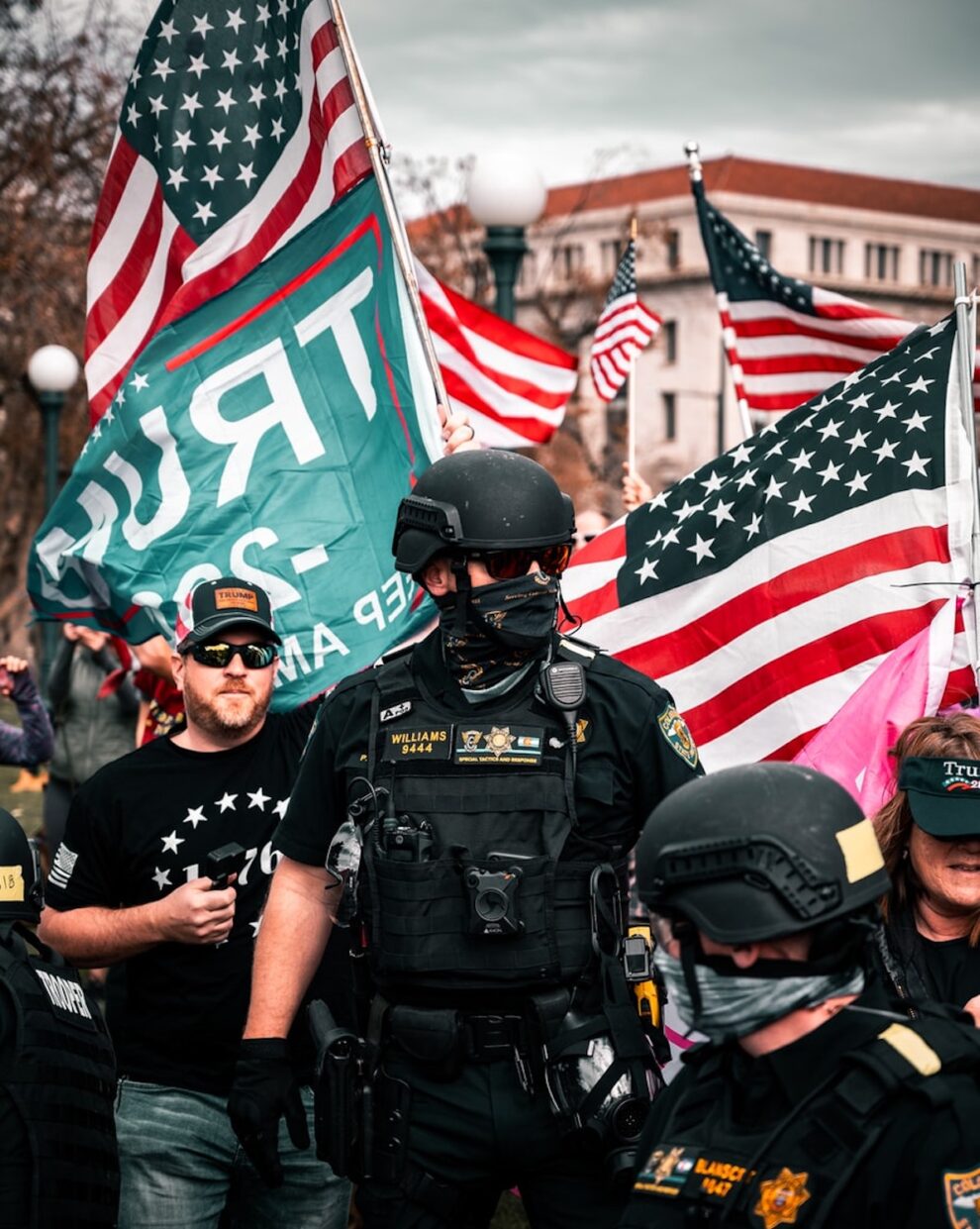 In Myanmar, rioters gave license to the military government of Myanmar to escalate the use of brutal crackdowns on all activists, up to and including the use of lethal force that left dozens dead over just one weekend in mid-March.

In the US, of course, rioters breached all security and overran the US Capitol on 6 January this year. In what must be a delicious irony to Venezuelan autocrat Nicolas Maduro—whose country exploded with riots against his leadership, giving then-White House occupant Trump many chances to criticize Maduro—the Venezuelan strongman got his chance to issue a public statement of great concern that the US was experiencing riots.

What is the difference between a riot and a protest? What about demonstrations? A vigil? Civil resistance?

Rioters break things and generally try to avoid consequences to themselves.

A protest may degenerate into a riot, as we have seen many times in the US over the past year. That can happen when the organizers of the protest do not have an announced code of conduct and are not reminding participants of that code.

A demonstration, a rally, a permitted walk or march, or a vigil are all generally intended to publicly show advocacy for or against a policy—public, corporate, or institutional—and to remain legal. These actions are clearly protected by the US Bill of Rights though many other nations have no such protections.

Civil resistance, also known as nonviolent resistance or civil disobedience, is a concept with an evolving definition. For many decades in the world of activism we understood that civil disobedience meant engaging in nonviolent actions that risked consequences that included arrest, and sometimes physical harm, and even loss of employment for some.

Now, however, scholars have conflated all of it into the lump term, civil resistance. This is unfortunately imprecise in the real world where activists think in terms of consequences, of families, of personal impacts, not merely analysis in an academic journal article. In the past, academics studying these social practices used a far more specific bundling term, nonviolent action. We all understood that a candlelight vigil held in a city park, a petition signed to call on authorities to fix an injustice, or a sit-in that results in arrest—all were simply nonviolent actions.

Nota bene: In our old set of definitions, the transition from protest to resistance was often highly culturally, ethnically, religiously, and racially dependent. The same act done by a Euro American and African American might be protest and resistance, respectively. The selective under-policing of people in the dominant culture vs over-policing of everyone else can produce knowledge by peoples of color, for instance, that the consequences of doing things that appear to be legal may have very negatively consequential outcomes and therefore are acts of resistance, not mere protest.

In some countries it’s even more bizarre. I know a journalist who was arrested and tried and convicted during that country’s failed Arab Spring for “Insulting the King.” She only stood in that country’s crowds to report on it and was recognized as media and snatched up, making mere reportage an act of resistance. Cultural cues, cultural knowledge, are important to those who want to successfully choose whether or not to commit resistance or remain simply protesting.

But enough quibbles about terminology. Let’s switch to a different disagreement, about rioting, resistance, justification, and effectiveness.

Those who seem attracted to rioting or tend to support those who riot are fond of quoting Dr. Martin Luther King, Jr., our premier US apostle of nonviolence, as labeling the riot as the expression of the voiceless, the historically ignored.

Let me say as I’ve always said, and I will always continue to say, that riots are socially destructive and self-defeating. … But in the final analysis, a riot is the language of the unheard.

So, obviously, MLK was calling for riots, right? Um…no. He was explaining them, foregrounding his explanation with a clear-as-a-bell caveat that riots are self-defeating.

How I wish that activists who are full of righteous anger and passionate idealism would actually notice the outcomes of rioting, all of which are indeed self-defeating, in Myanmar, in Venezuela, in Colombia, in Iran, in American cities or indeed anywhere.

What MLK did for a decade (1955-1965) was nonviolent resistance with a clear code of conduct and many trainings, provided foremost by Reverend James Lawson. That decade saw many gains, including passage of federal laws (Civil Rights Act of 1964, Voting Rights Act of 1965, and others), as well as successes in federal court rulings all the way to the Supremes.

Then came the understandable riots and armed self-defense and white America reacted as expected, out of fear. Pretty much all legal and social gains screeched to a halt.

As MLK explained, even understandable and justifiable actions may also be ineffective. This is worth remembering. Nonviolent discipline is hard.

It is not fair to expect oppressed people to answer violence with nonviolence, but it’s what actually works far more often.

If it were fair, we wouldn’t need to be in the streets in the first place.

Dr. Tom H. Hastings is Coördinator of Conflict Resolution BA/BS degree programs and certificates at Portland State University, PeaceVoice Director, and on occasion an expert witness for the defense of civil resisters in court.