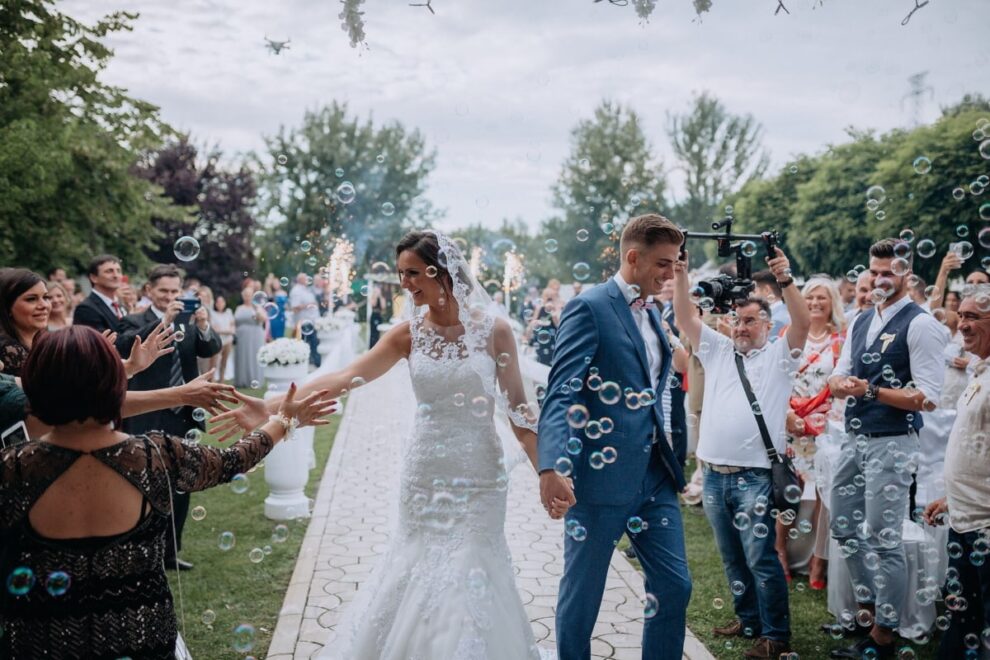 A lot of people wonder where the glorious tradition of a Russian wedding came from? Why should the bride be wearing a white dress? What does a bridal veil mean? The history of wedding customs and marriage in Russia takes origins from the time of Ancient Rus’.

Rules of the Russian Wedding Celebration

Before trying to find Russian brides, you should know these essential facts about nuptials in Russia. The wedding is a real first family celebration. Today there are no certain rules for celebrating this day. Depending on preferences, circumstances,  social situation, and financial opportunities, each couple chooses the option that suits them the best. Some like modest gatherings in a narrow family circle; others dream of going somewhere off the beaten track, where they will be alone, while others plan a magnificent celebration with a hundred guests, disco, fireworks, and limousines.

In the old days, the wedding was most often held very noisily, residents of the entire village were guests there, and the celebration lasted several days. The wedding resembled a real theatrical spectacle, each action of which was filled with a certain meaning, and the deviation from the accepted order was considered a bad sign.

Looking for a bride ended with engagement when the fathers of the groom and bride put the hands of the newlyweds in each other and hit them with a glove. Sometimes during this ritual, parents beat a cake with a cake or broke the cake in half, which symbolized the inviolability of collusion. After that, the wedding could no longer be canceled.

Also, the future wife had to prepare a dowry. It was diverse and depended on family status:

The tradition of matchmaking is still alive today, but in some families, it has become too modern and the parents of the groom and bride simply dine together and discuss the details of the upcoming feast. In others, parents and relatives of the groom come to the bride’s house and arrange a merry feast.

Then there was the bachelorette party, the culmination of which was the ritual of loss of beauty (“will”). Performing a lengthy song, friends removed from the bride a headband worn during the betrothal and flew a maiden plait, taking out the “will” from it – a tape that symbolized maiden beauty and freedom.

As a rule, the “will” was transferred to the younger sister of the bride, but if she has not such, then to an unmarried friend. After this ritual, the bride, surrounded by friends, went to a hot steam bath.

But the bachelor party was not so fun. The groom was alone in the steam bath and needed to keep quiet all night.

Then happened what is called today’s “dower.” Bridesmaids do not let the groom into the house until he gives them presents and fulfills certain tasks (competitions, games). When the groom gives the money – the entrance is free.

A wedding ceremony followed after this. Arriving from the church to the groom’s house, the guests took places at the wedding tables. Relatives were seated in two rows (on the one hand – men, on the other – women).

The main feast (red table) began the next day. And on the third day, the newlyweds came to the house of the bride’s parents. The mother-in-law met the son-in-law with pancakes, and he presented her with a gift.

As you can see, some fragments of the wedding celebration have survived to this day. Of course, all existing modern rites differ from the ancient ones and are not observed so strictly. Nevertheless, russian wedding traditions are not forgotten. They continue to live and pass on from generation to generation. Thus, the old Russian wedding rites are a unique phenomenon in the cradle of world history and culture.

Is It Better to Be a Full-Time Artist or Keep It as a Hobby?
NEW MUSIC: LA dream-pop trio Tashaki Miyaki release new video ‘WASTING TIME”