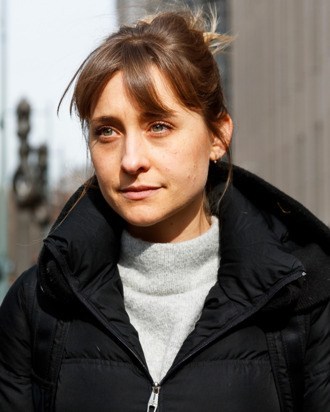 Allison Mack’s attorneys have filed a sentencing memorandum with the US District Court for the Eastern District of New York asking Judge Nicholas G. Garaufis to give the former actress probation instead of incarceration.

Lawyers William F. McGovern and Sean S. Buckley argue in the memorandum that the former actress deserves probation because she has “turned her life around,” and is “free of the twisting influence of Keith Raniere.”

Mack is scheduled to be sentenced on June 30 at 11 am.

The government earlier this week submitted a sentencing memorandum which recommended a downward departure from her federal sentencing guidelines of 14.5-17 years based on her cooperation with the government.

Mack accepted a plea deal on two counts – racketeering and racketeering conspiracy in 2019. The carry maximum penalties of 20 years each.

Mack’s sentencing memorandum was filed on June 25, 2021, shortly before the midnight deadline.

Mack has been subject to home detention at her parents’ home in Los Alamitos, California, since shortly after her arrest in April 2018, more than three years ago.

Her attorneys wrote, “Because of the intervention by the victims of Nxivm and DOS, law enforcement, and this Court, in the last three years Allison Mack has turned her life around and earnestly dedicated herself to rehabilitation, renunciation of Keith Raniere and those who supported him, and making amends.”

Family First for Mack Ahead of ‘Cult’

Mack’s attorneys reveal her family have been supportive and her mother, brother and sister are quoted in the memorandum.

The memorandum reads, “Where once Raniere commanded Ms. Mack’s complete devotion and fealty to the exclusion of all others, Ms. Mack has now reintegrated into the life of her family, seeking out and offering support in a way that would have been unthinkable three years ago.”

While her attorneys argue that Mack takes full responsibility for her actions, they reference the fact that Raniere held collateral over her – the most damning of which involved her family – coercing her to take some of the actions she undertook including the victimizing of Nicole and Jaye, who testified in the Raniere trial and were her ‘slaves’ in DOS, the secret sorority headed by Raniere..

According to FBI Special Agent Lever, on August 10, 2015, Mack sent an email to Raniere pledging her “full and complete life” to Raniere and identified “collateral” to “cement” this vow which included a letter regarding Mack’s mother and father that would “destroy their character” and a letter addressed to social services alleging abuse to Mack ‘s nephews.

In the sentencing memorandum Mack’s attorneys call NXIVM a cult and that she was the victim of “brainwashing,” supporting “Raniere’s sick fantasies and, to her unending regret, became a ‘master’ as well as Raniere’s ‘slave.’ The fact that Raniere was able to turn Ms. Mack into an agent of trauma is appalling, but consistent with the structure and function of cults like Nxivm.”

The memorandum states repeatedly that Mack has denounced Raniere and in one section they explain the reason she is divorcing fellow DOS member Nicki Clyne.

“In  December  2020, as part of her continuing  efforts to right her wrongs, Ms. Mack filed for divorce from longtime Nxivm and DOS member Nicki Clyne.

Citing Mack’s Presentencing Investigation Report [PSR] which states she married Clyne “at Raniere’s request in order to obtain a favorable immigration status for Ms. Clyne. [PSR ,r 210.}” Mack’s attorneys write, “The marriage represents another example of the now-incomprehensible lack of judgment Ms. Mack displayed during her time in DOS, and another action about which she is deeply remorseful. In addition to rectifying the fraud, Ms. Mack felt strongly about severing ties with Ms. Clyne because of Ms. Clyne’s continued outspoken support for Mr. Raniere, who Ms. Mack whole-heartedly rejects.”

Frank Report reached out to Nicki Clyne and Keith Raniere requesting comment on the allegations and are awaiting a response.

In the Mack memorandum we learn that Mack has been undergoing “difficult and invasive psychotherapy to unpack the trauma she suffered, and inflicted.”

We also learn that she has been working as a caterer, and that during the last three years on home detention, she got her associates degree from a local community college, where she got a 4.0 grade point average.

Her lawyers are ask for probation in part because she wants to continue college. She is now enrolled in a bachelors’ degree program at the University of California at Berkeley and if she gets probation is scheduled to graduate in Spring 2022 with a double major in Rhetoric and Psychology, they say.

Not in the Cult Anymore

Her lawyers also argue that Mack has undergone radical change. “Now that the blinders of the Nxivm cult have been removed, Ms. Mack recognizes that her actions were abhorrent. The Allison Mack of today barely recognizes who she was during those dark times.”

Suggesting that Mack endured “psychological trauma” of which she has emerged, they write, “Allison Mack of today does not recognize the Allison Mack of three years ago.”

Between the time she was arrested in April 2018 and the time she took a plea deal in April 2019, Mack stood strong in maintaining hers and Raniere’s innocence . The memorandum gives us evidence about what changed Mack’s mind – the discovery of the nude photos of Cami, a 15 year old Mexican girl, whose entire family were deeply involved in NXIVM.

“On March 13, 2019, the Government superseded its Indictment for a second time, charging Mr. Raniere with Sexual Exploitation of a Child and Possession of Child Pornography. These new charges, coupled with other information Ms. Mack found out through the discovery in this case, cemented Ms. Mack’ s emerging recognition of Raniere’s evil intentions and the extent to which she had been deceived and complicit in a criminal enterprise.”

In explaining why it took Mack almost a year to accept responsibility for her crimes and accept a plea deal, they write that she was “a shell of a human being…  It naturally took time for Ms. Mack’s psyche to adapt and come around to the truth that, for more than a decade, she had been following a false prophet who had abused dozens of women and, indeed, had abused her.”

The memorandum also discusses her efforts, once she realized Raniere’s evil, at cooperation with the government through “repeated, lengthy proffer sessions.”

“Ms. Mack told the Government everything she knew about Raniere, his co-conspirators, and the organization  he had created,” her lawyers wrote.

Among the arguments her attorneys marshal for probation are

Hopes for the Future

Her lawyers also argue that there is significant hope if she is allowed to be placed on probation.

“The world can be a better place for having her in it, they write, adding “she has come to the hard-won realization that her decade-plus in Nxivm was a grievous mistake that will haunt her for the rest of her life. However, Ms. Mack has not succumbed to self-pity as a result of this realization, but rather has taken numerous, concerted, and consistent steps towards bettering herself, repairing the relationships she destroyed, and making amends to those who she hurt.”

The memorandum concludes with the statement that:

“Allison Mack recognizes that she has committed grievous wrongs and that she has earned punishment. She cannot undo what has been done, and she will have to live with the regret for the rest of her life. But Ms. Mack still holds the potential to be valuable to society—as a family member, as a friend, as a helper to those in need and as a cautionary tale. Since her arrest more than three years ago, Ms. Mack has completely turned her life around and recommitted to the values she lost during her time in Nxivm. We respectfully request that the Court permit Ms. Mack to continue on this new path by imposing a sentence that does not require incarceration that would separate Ms. Mack from the family, friends, and educational opportunities that have put her on the path to once again become a valuable member of society.”

Letters of Support and Mack’s Statement

The memorandum also includes 15 letters of support from family, friends and teachers and ends with a letter from Mack herself which we will reprint in full in a subsequent post but which states in part:

“It is now of paramount importance to me to say, from the bottom of my heart, I am so sorry. I threw myself into the teachings of Keith Rainire with everything I had. I believed, whole-heartedly, that his mentorship was leading me to a better, more enlightened version of myself. I devoted my loyalty, my resources, and, ultimately, my life to him. This was the biggest mistake and greatest regret of my life.”