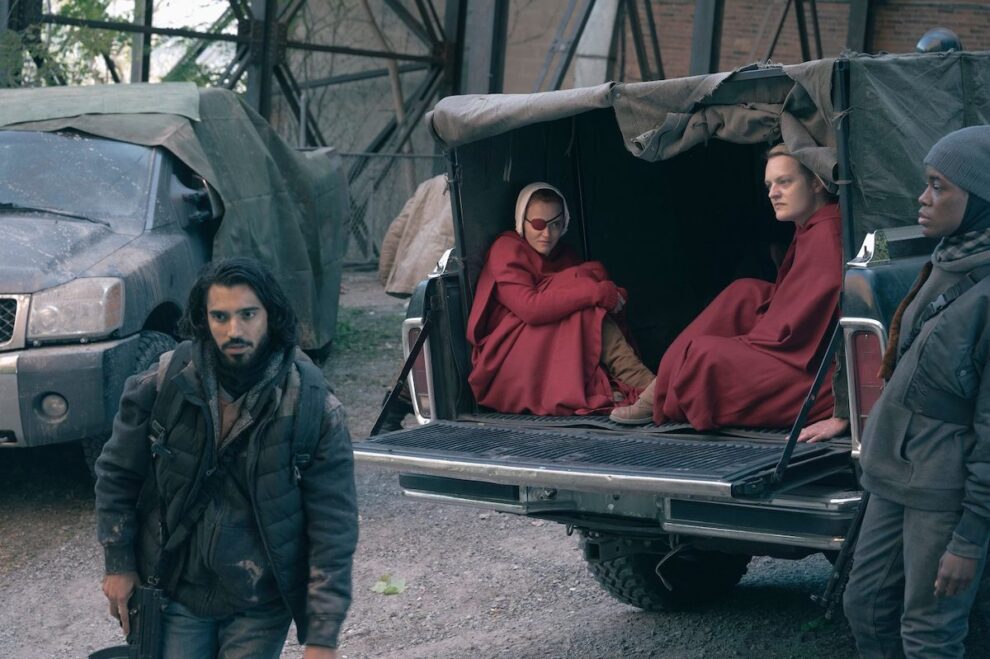 The Handmaid’s Tale – a grotesque novel about a fundamentalist takeover that turns part of America into a cruel theocracy called Gilead – rang a worldwide bell when published in 1985.

The vivid book by Canadian Margaret Atwood sold eight million copies and was made into a Hulu television series that won eight Emmys and two Golden Globes. It was a sensation.

In the fictional Gilead, women have no rights, can’t vote, can’t own property, must obey men – and their fingers are chopped off if they’re caught reading.

The book’s title is taken from the Bible (Genesis 30). When one of Jacob’s wives can’t bear children, she offers her handmaid Bilhah as a substitute to be impregnated by Jacob. In Gilead, some women are designated handmaids for fundamentalist leaders, whose wives hold them down while they’re penetrated.

This subjugation of women seemed real to millions of people because it reflects the Puritanical male supremacy of born-again churches. To oppose fundamentalist laws, some women protesters dressed as handmaids to picket Congress and state legislatures.

Why did the novel have such strong impact? Here’s my theory:

The danger of a fundamentalist theocracy was at a peak in 1985 when the book appeared. White evangelicals had just taken control of the Republican Party and elected Ronald Reagan twice. Big-money preachers were calling for “true believers” to dominate America as a “Christian nation.”

At that time, the ratio of Americans who called themselves born-again evangelicals was estimated as high as one-third. They had great political power. But something amazing happened. Religion collapsed in America so rapidly that sociologists are baffled by the swift transformation. Educated “mainline” faiths fell first, then fundamentalists followed.

The born-again Southern Baptist Convention lost two million members since 2006. Thousands of churches close each year. Young educated Americans especially renounce supernaturalism. A recent Gallup poll found that, for the first time, the share of Americans who belong to congregations has fallen below half. Fundamentalist power is fizzling. Only about 15 percent of Americans remain white evangelicals.

In other words, the possibility of a Gilead theocracy loomed more likely in 1985 than it does today. The warning story that gripped the world a generation ago has fallen victim to a profound cultural shift.

However, while shrinking, fundamentalists remain a hazard to America. Reports say they’re growing more fanatical as they slip. For example, what if they finally win their goal of re-criminalizing abortion, sending women, girls and doctors to prison – and sending other desperate females to back-alley butchers once again?

If that happens, The Handmaid’s Tale would come partly true.