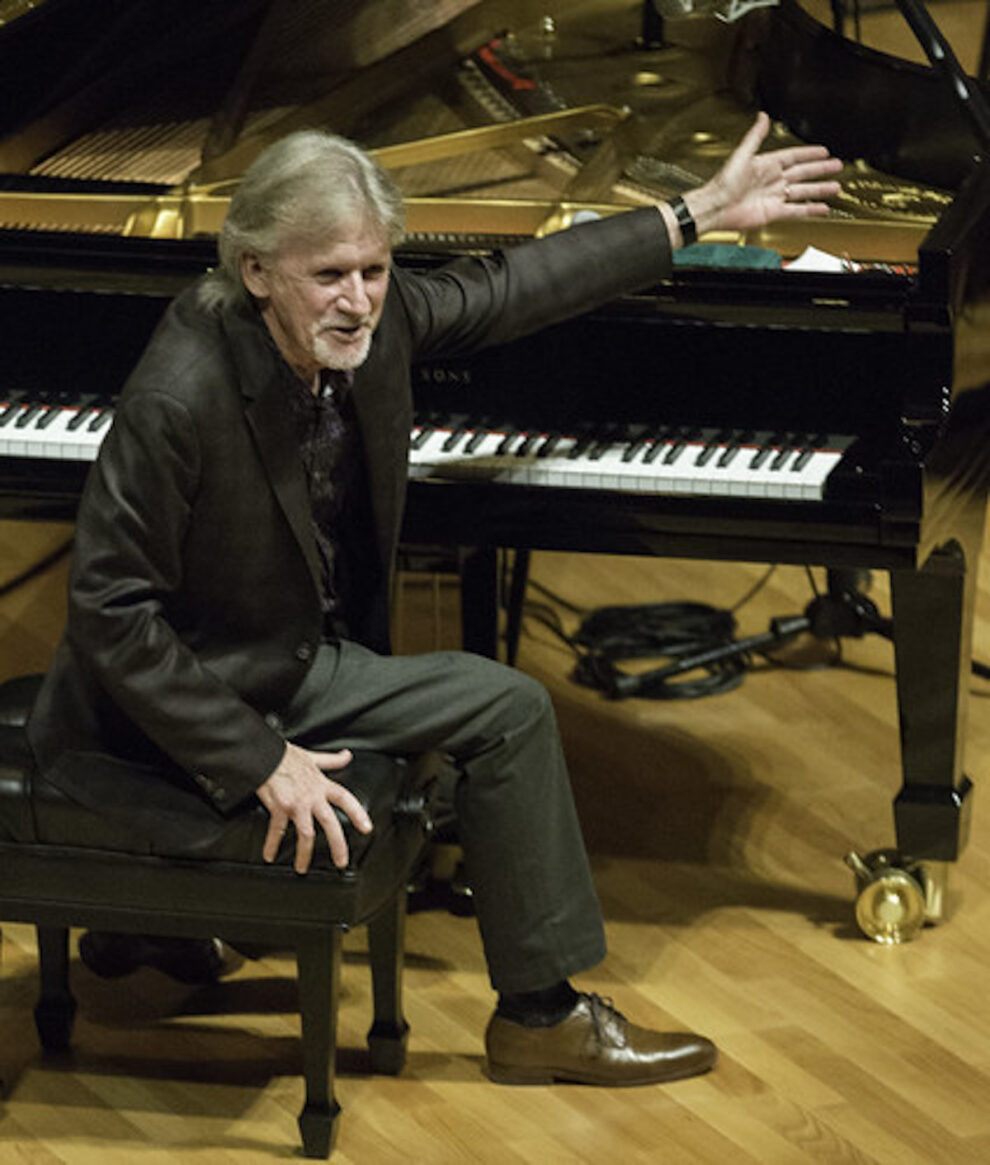 “Broadbent plays Brubeck” is a return to Alan Broadbent’s beginnings.

In 1961 when Alan was 14 he found Howard Brubeck’s transcriptions, in two volumes, of Dave Brubeck’s solo album “Brubeck plays Brubeck” in a music store in Auckland, New Zealand. By this time he was aware of Dave Brubeck as “Take 5” was the rage on the radio, even in the then remote corner of the world where Alan lived.

He had no idea how the music was supposed to be played, having no reference to Dave’s LP, which was impossible to find anyway. So being a good sight-reader, Alan began to play the pieces as written, without any knowledge of or feeling for jazz rhythm. From the first pages, beginning with “The Duke”, to the last, “Swing Bells”, Alan was enthralled with the harmony and melodies. He had never heard such rich and beautiful chord progressions before.

Alan has received 14 Grammy Award nominations and won 2 Grammy Awards for “Best Orchestral Arrangement Accompanying a Vocal”, one for Natalie Cole and one for Shirley Horn. He was nominated for “Best Improvised Jazz Solo” alongside Keith Jarrett, Herbie Hancock and Wayne Shorter.