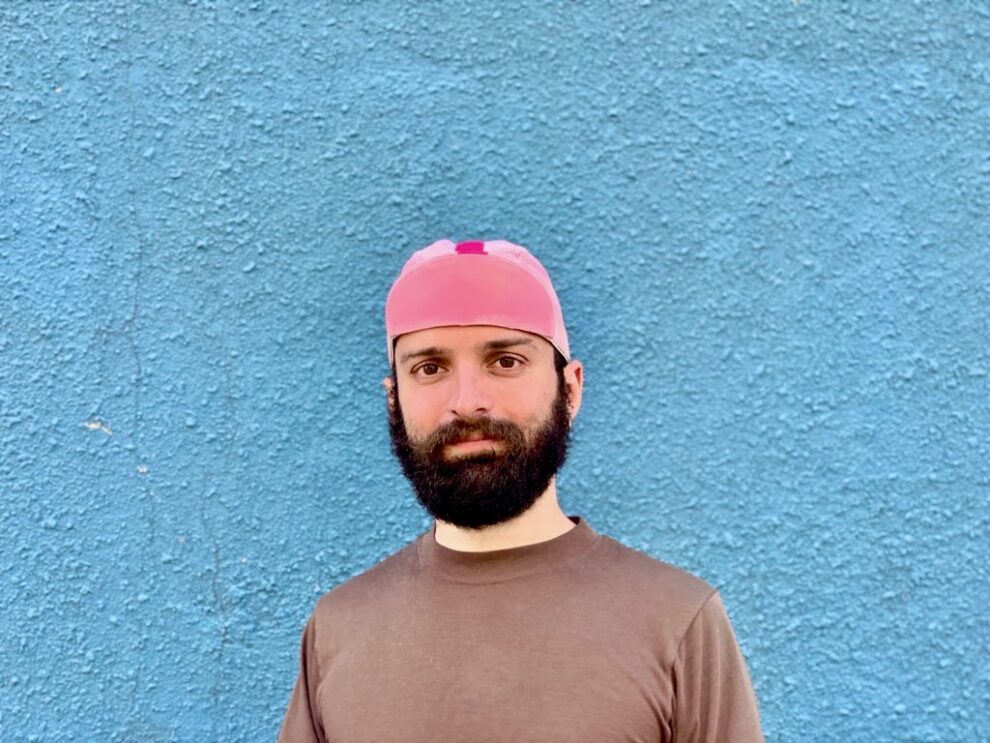 Click here to read our interview with Jeremy S. Bloom!

Today we are speaking to New York-based sound designer, Jeremy S. Bloom. This Emmy-nominated sound designer focuses on crafting immersive story-driven soundscapes for podcasts, interactive installations, films, and theatrical productions internationally. This interview captures Jeremy’s experience in creating the sound design for Hot White Heist, a comedy radio drama about a group of Queer contemporaries who attempt a heist to steal a hidden supply of sperm samples from the US government.

Jeremy is a sound designer at the WNYC podcast “Radiolab” and has produced sound for Google’s “Your Marketing Mix Tape” and Planet Word Museum’s immersive soundscape. In this interview, Jeremy provides a thorough view into the complex world of sound design and explains his love for pursuing sound throughout many different mediums.

Congrats on your film being chosen for this year’s Tribeca Festival! How did you get involved with the project?

Thanks so much! It’s so exciting that alternative audio-only projects like Hot White Heist have found their way into such a prestigious space.

Lorne Michaels’ production company Broadway Video initially approached me after hearing my sound design work on another prominent Queer podcast, “Nancy” from WNYC. I worked on all 100+ episodes of Nancy, and I also have experience working on feature films like “Hail Satan?” and immersive exhibits like the Statue of Liberty Museum. As an ambitious audio-only project, the Hot White Heist team knew that the sound design would benefit from someone with a varied range of audio storytelling experience.

As fans of “Nancy,” they knew my work and so here I am!  Joining early on Hot White Heist while the script was still under development was an incredible opportunity that allowed us to deeply integrate sound design and music cohesively into the heart of the story’s script. As a Queer person myself it’s deeply refreshing to work on a fun LGBTQ+ story that isn’t about coming of age or dating.

Can you tell us a bit about the film? What was your approach to sound and is there a specific scene or moment that was most enjoyable to work on?

Where can I start?! The story is about a group of Queer folks who plot to steal the Sperm of former US Presidents from a secret underground government bunker under the Seattle Space Needle to fund their separatist island eutopia. Adam Goldman, who wrote the series, claims it’s fiction… but I have yet to be fully convinced.

The cast including SNL’s Bowen Yang, Cynthia Nixon, Jane Lynch, and even Tony Kushner take us on a 6 part action-packed heist adventure with every plot twist imaginable. It has all the high-tech shenanigans, car chases, and intrigue of a James Bond film… but without the visuals. An action film told only through audio. As a sound designer, that provided me with an exceptionally fun challenge. How could I clearly depict every twist and turn of a heist film without any visual support?

That challenge is what guided the entire sound design approach. For every moment of the show, our audience depends on sound alone to clearly communicate exactly what is happening and where. Adam has a deep respect for sound and made the exciting choice to use sound design and music to support the story almost as much as dialog itself. This was no typical radio drama with the occasional door opening here, doorbell there, and coconut-shell horse clomping by.

He understands the power inherent in using audio to access an audience’s imagination. Every scene was like a little creative puzzle he gave me to unlock… drag bars, secret elevators, rooftops, moving trains, laser fields, facial scanners, a slow-motion car chase, and more.

I’m constantly learning new lessons about how to use only sound and music to depict complex topics in science from my colleagues at the show Radiolab, where I also work. All our producers are experts in this, but especially our host Jad Abumrad and head of sound design Dylan Keefe. Those same lessons of clarity, pacing, and interplay with dialog could be applied to the complex action sequences of Hot White Heist.

One particularly fun scene to build was the drag club where the heist crew finds their master of disguise. We surgically reconstructed an entire drag club environment from the ground up by asking our amazing Queer cast to improvise relatable conversations they themselves might have in an exclusively Queer space.

Gossip, call-outs to the performers, laughs, reactions, and more. Our editor Dan Timmons and I sifted through hours of material and found ways to place these little tidbits in conversation with one another.

As a teenager I read a lot of Tom Brown Jr, a wilderness tracker who talks a lot about how one event in a forest can set off a whole chain of reactions throughout. I try to treat the scenes I sound design in a similar way. How do one character’s actions affect the sonic environment around them?

Tell us a bit more about your dialogue with the director/leaders on this project?

Much like in a well-orchestrated heist, our producers Mark Valdez and Gaby Mezzcapa from Broadway Video have a real gift for assembling a well-cast team. This made every conversation exciting and collaborative because everyone could bring their unique expertise to the conversation.

Because I was brought on so early, a lot of our initial conversations focused on methodically plotting the way the show’s writing, score, and sound effects interact. Before we even started recording, we worked through the script moment-by-moment analyzing how these three elements talk to each other at nearly every line.

Audio dramas offer a lot more flexibility than film for elements to braid together in complex ways since there is no need to maintain picture sync. We were able to plot these complexities early on by using a shorthand notation similar to one I learned years ago from some veteran Broadway musical theatre mixers.

I have a life-long passion for heist stories which is shared by Alan, Adam, and the rest of the team. In this early phase we were also often batting references back and forth. We talked about classic moments like the laser dance in Ocean’s 12, legendary James Bond theme sequences, or hacking scenes in Italian Job.

Adam and Alan spoke to how we could leverage those references, and specifically the way they sound, to anchor the audience in something instantly familiar and then reimagine or subvert them in surprising ways. It’s a whole established sound design vocabulary we could launch from and play with.

Were there any unusual or interesting approaches, strategies or tactics you used in this film?

Inevitably such a creative and different story warranted the development of many unusual approaches. Foley played a key role in giving the sound design an organic naturalistic touch. While that’s certainly not unusual in the film world, the opportunity to hire a dedicated foley artist and facility on a podcast is rare.

Thankfully, we had the lucky chance to work with Joanna Fang, one of the very best foley artists I know! I learned from her incredible work that the approach for foley in audio drama can be quite different than in film. From spotting to performance to editing, we had to imagine from scratch how characters might be moving around as they speak. In film, foley artists primarily recreate the sound of an actor’s visual movements on screen, but here we had to dream it up from scratch, time it to the dialog, and consciously add the little inconsistencies that make human movement natural. Heels play prominently in the series so it was important we got it right!

The project also entirely redefined my relationship with temp music. Early in our drafts, we spent days focused exclusively on editing a temp score from vintage production libraries in great detail.  It was like a carefully constructed mashup of vintage heist music timed line-by-line to the dialog, carefully mapping out every musical interaction. While so often temp music is used with mixed success to hastily communicate tone or emotion, in this case we focused on using it to map form, structure, and comedic timing.

I think of it almost like a scaffolding on which the entire episode is built on. Once a structurally sound episode was built upon it, we could release the scaffolding and hand it off to our composer Charlie Rosen.  Charlie could then efficiently score in his own musical voice while maintaining the structural complexities we prototyped to maximize the interplay between spoken and musical storytelling.

What other projects are you working on currently?

I have some very exciting projects on the horizon including an absolutely brilliant feature music documentary. I just finished up some UI sound designs for Google, two interactive linguistics exhibits at The Planet Word Museum, and an immersive soundscape using electro-magnetic network sounds at the headquarters of Spectrum Cable.

I’ve also been recording a comprehensive sound library of all of New York City’s many waterways. Our city is an archipelago, but our 6th borough is often overlooked: The harbor! I’m really psyched to share these sounds with the broader audio community and have had some fantastic maritime adventures while recording it.

Keep up with Jeremy via his website: www.jeremyb.com. Thanks for reading!