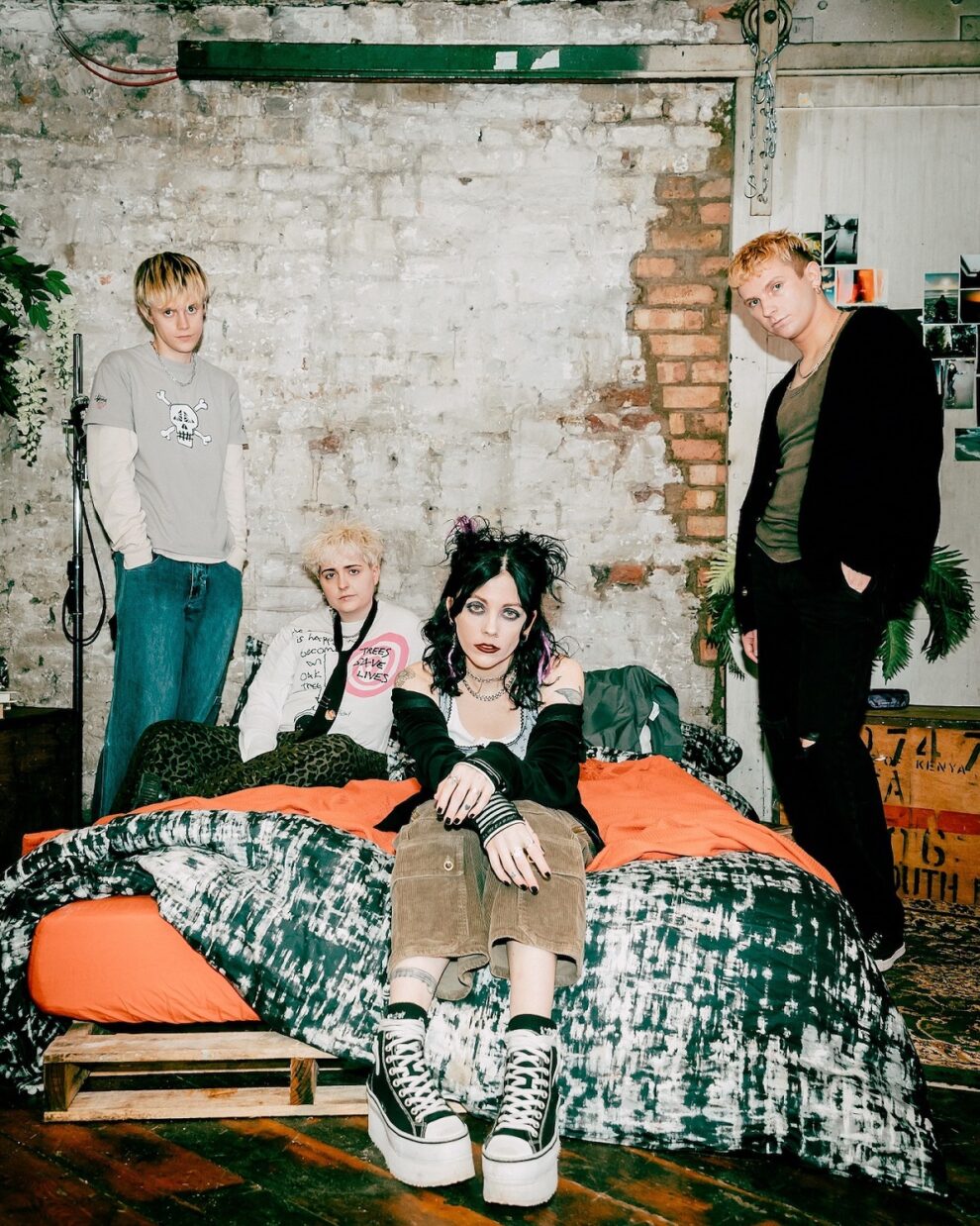 Pale Waves has teamed up with pop-punk veterans All Time Low and will appear as the featured artist on their upcoming single “PMA feat. Pale Waves” – out this Friday, July 30!

Led by emerging lesbian rock star singer Heather Baron-Gracie, Pale Waves made an immediate splash when they debuted on the music scene, hitting the Top 10 on UK Album Chart, winning the NME Under The Radar award, making the BBC Sound of 2018 shortlist, touring with fellow Dirty Hit label mates and mentors The 1975, as well as Muse and The Cure, and a string of key performances as Reading, Leeds, Lollapalooza, and SXSW.

Pale Waves recently released their sophomore album Who Am I? which hit #1 on the UK Indie chart upon release and #3 overall.