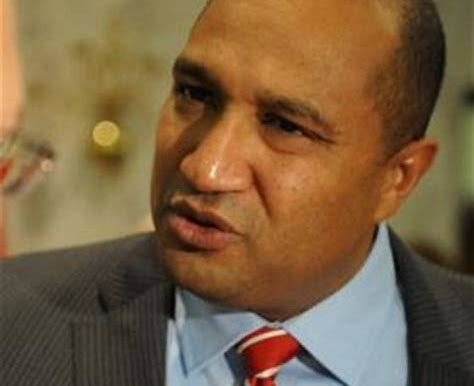 In Part 1 of this series, I pointed out how hypocritical I thought it was for P. David Soares, the Albany County District Attorney, to have announced last week that he was going to investigate whether New York State Governor Andrew M. Cuomo sexually assaulted and/or harassed one or more the women who have claimed that he did so.

Not only has Soares failed to prosecute any of the numerous corrupt elected officials who committed crimes while they were serving in office in Albany, NY during his 16+ year tenure, he has also allowed – and some would even say aided and abetted – the NXIVM/ESP sex cult/criminal enterprise throughout the entire time he’s been in office.

Had Soares simply done his job – and investigated any of the numerous complaints his office received about what was going on at NXIVM/ESP’s corporate headquarters at 455 New Karner Road –  it’s quite likely that Keith Raniere, one of the co-founders of NXIVM/ESP, would never have created Dominus Obsequious Sororium, the secret society that resulted in the branding of scores of women with Raniere’s initials: KAR.

And had Soares ever investigated the numerous illegal activities that NXIVM/ESP carried on in Albany County, it’s also quite likely that many people – including me – would not have had their lives so disrupted and shattered by the fraudulent and vexatious litigation that Raniere used to harass and silence anyone he perceived to be a threat to his criminal empire.

Initially, Soares may have been reluctant to investigate NXIVM/ESP because several of his family members – two sisters and a brother-in-law – had taken some of NXIVM/ESP’s training programs.

But Soares most certainly decided to leave the cult alone after he agreed to meet with Clare Bronfman – and other representatives from NXIVM/ESP – in 2007 to hear why they wanted him to indict me (The real purpose of the criminal action was to pressure me into settling a civil lawsuit that several prominent members of the NXIVM/ESP cult had previously initiated against me).

District Attorneys usually don’t sit in on such meetings – especially when there’s already an active civil lawsuit going on between the parties – but, then again, Soares is not your usual D.A. (Although he had served as an Assistant District Attorney for Albany County for several years before he ran for office, his official title of “Community Prosecutor” belies the fact that he rarely saw the inside of a courtroom before he was elected as Albany County District Attorney – and has rarely been inside one since he took office in 2005).

At the time he first met with Bronfman, Soares was totally dependent on the political funding that he received from the Working Families Party. In agreeing to meet with Bronfman, he had to be thinking just how much easier it would be for him if he had his own source of virtually unlimited funding for future campaigns.

After meeting with Bronfman and other representatives of the NXIVM/ESP sex cult, Soares cobbled together a one-count indictment against me based on claims from Bronfman that I had stolen money from one of the foundations they controlled. That indictment was thrown out shortly after the presiding judge held the first hearing in the case – and had an opportunity to review the “evidence” that Soares relied upon in seeking the indictment.

Although Raniere pressed Soares to re-indict me on some other charges, that never happened – at least not then. Raniere and Bronfman then hired Frank Parlato to, among other things, get me re-indicted – an assignment that he turned down after he and I met to discuss the merits of the claims against me.

Several years later, however, Soares would, once again, try to curry favor with Raniere and Bronfman by indicting me – and two other individuals – on charges that he knew were bogus.

In October 2013, NXIVM/ESP brought a civil lawsuit against me; former Time Union reporter James M. Odato, who had written numerous stories about the cult – including the award-winning series entitled “Secrets of NXIVM”; Suzanna Andrews, a freelance journalist who had written a story about the cult that was published in Vanity Fair – “The Heiresses and the Cult”; and Raniere’s former girlfriend Toni Natalie, who at that time was going by the name “Toni Foley”.

The essential charge in the lawsuit was that the four of us had illegally accessed the server which hosted NXIVM/ESP’s website – and that we had stolen information from it including a list of people who had taken its training courses.

That civil lawsuit was dismissed in September 2015 when, along with the attorneys representing Jim and Suzanna, I pointed out to the court that the lawsuit was filed after the applicable statute of limitations had passed. All the motions to dismiss were based upon documentation that had been provided by Kristin Keeffe who worked tirelessly – and many believe put her life at risk – to expose the fact that the civil lawsuit was based on a lie.

Apparently, Clare Bronfman had forgotten that she had testified in an unrelated case on  September 21, 2011 – a little more than two years before the civil lawsuit was filed – that NXIVM/ESP suspected one or more people had already accessed the same server. The dismissal of the civil lawsuit likely saved Bronfman from being charged with perjury – a crime that she has committed on several occasions.

But although the civil lawsuit went away, there were also related criminal charges that had been brought against me, John Tighe, and Toni (Barbara Bouchey was added to the criminal case when, several months after it had been initiated, she allegedly accessed the same server via someone else’s credentials).

As has previously been reported in the Frank Report, the criminal computer trespass charges were totally bogus – and only came about because of a clandestine operation involving P. David Soares; the O’Connell & Aronowitz law firm (which was NXIVM/ESP’s primary legal representative at the time); and Rodger Kirsopp, a Senior Investigator with the New York State Police.

As previously summarized in the Frank Report, the “key facts” regarding those charges were as follows:

– In mid-2011, one or more representatives of NXIVM filed a complaint with the Office of the Saratoga County District Attorney alleging that John, Toni, and I had accessed its server without authorization.

– In April 2012, Raniere, Bronfman and Nancy Salzman – filed a similar complaint with the New York State Police and Kirsopp was assigned as the lead investigator on the case.

– For the next eight months, Kirsopp worked closely with Saratoga County Assistant District Attorney Jesse Ashdown to put together a prosecutable case against John, Toni, and me.

– During the course of his investigation, Kirsopp received “evidence” of the alleged unauthorized computer accessing from Ben Myers and Steve Ose – both of whom had told him that they were independent contractors who provided IT services to NXIVM but who never told him that they were, in fact, hard-core, committed members of the cult.

– Throughout the investigation, Kirsopp had numerous meetings with – and numerous phone calls with – three attorneys from the O’Connell & Aronowitz law firm: i.e., Steve Coffey, Pam Nichols, and Mike McDermott (Both Coffey and McDermott previously worked in the Office of the Albany County District Attorney – and McDermott served as Soares’ Chief Assistant District Attorney just before he left to join the law firm).

– On August 29, 2012, Kirsopp met with then Saratoga County District Attorney James Murphy to discuss the status of the investigation. During their meeting, they contacted Darren Miller, an Assistant NYS Attorney General, to discuss the possibility of having the Office of the New York State Attorney General take the lead on the case.

– On December 13, 2012, Kirsopp was notified (a) that the Office of the New York State Attorney General had decided not to get involved in the case because it did not think it could be successfully prosecuted: and (b) that the Saratoga County District Attorney was also closing out the matter.

So, that’s the end of the story, right? After almost two years of investigation, both of the entities that had looked at the allegations – and all the “evidence” that Myers and Ose had provided to Kirsopp – decline to move forward. So, case closed – and let’s move on to investigate some real crimes, right?

Nope…that’s not how the game is played in Albany County.

On January 9, 2013 – less than a month after the original investigation seemingly came to end –  Kirsopp was contacted out of the blue by Albany County Assistant District Attorney David Rossi ( I told you in Part 1 to remember his name!).

Rossi told Kirsopp that he had been contacted by Mike McDermott about the alleged unauthorized accessing of NXIVM’s server – and that his boss, P. David Soares, would possibly be seeking to have a Special District Attorney appointed to prosecute criminal computer trespass charges against John, Toni and me (Rossi explained that they wanted to use a Special Prosecutor because the Office of the Albany County District Attorney had a conflict-of-interest – which presumably had to do with its failed attempt to prosecute me back in 2007).

Although Kirsopp knew that the NXIVM server was actually located in Saratoga County – which is why he had been working with the Office of the Saratoga County District Attorney on the case since April 2012 – he apparently raised no questions with Rossi as to how and why Albany County had decided to intervene in the case.

And so, a criminal investigation that had come to an end was suddenly revived because P. David Soares wanted to do another favor for his favorite sex cult – and for his former sidekick, Mike McDermott.

In the next segment of this series, I’ll explain what happened after P. David Soares decided to get involved in the alleged computer trespass matter even though Albany County had no jurisdictional basis for doing so.

In the meantime, I want to reiterate that this would be an excellent time for the federal law enforcement officials in the Northern District of New York to get off their collective asses – and open an investigation into P. David Soares (I know that’s not likely going to happen but now that Antoinette T. Bacon has taken over as the Acting U.S. Attorney for the NDNY – and Janeen DiGuiseppi is now serving as the Special Agent in Charge of the FBI’s office in Albany, NY – I thought I’d give them a shot at doing what’s right here).