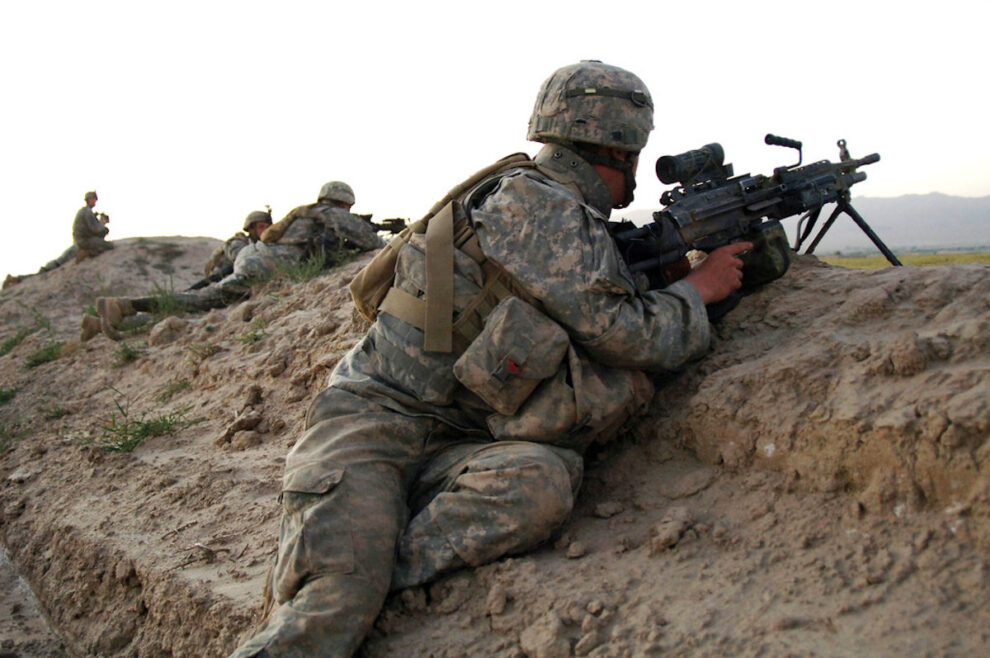 “There is no military solution to the conflict.” That was the conclusion reached by the Biden administration earlier this year, which set into motion the plans for the withdrawal of all U.S. troops from Afghanistan by the end of August. Nearing the termination of this process, in a few short days we witnessed the collapse of the Afghan government, the takeover by the Taliban, desperate Afghans trying to flee the country or seeking other sorts of protection, and international NGO workers holing up in safe places in the capital Kabul weighing their options. What went wrong?

While giving lip service to the idea that there was no military solution, the U.S. fought a 20-year war which directly killed approximately 241,000 people and cost a mindboggling $2.261 trillion.

Do we need more proof to see the failure of war?

“No military solution” has always been a very popular phrase used by U.S. civilian and military leaders in the context of justifying militarism and wars. Nixon and Kissinger used it. In 2007 General Petraeus used it in the context of him taking charge of a 140,000 troops strong force in Iraq. In 2014, President Obama stated, “American combat troops will not be returning to fight in Iraq, because there’s no American military solution to the larger crisis in Iraq,” using the same press briefing to justify his authorization of airstrikes to save lives.

The war in Afghanistan is the longest standing remnant of what started as the Global War on Terror. A war in which leaders constantly reassured the public that military force was necessary, while stating that there was no military solution.

A 2014 UN Security Council Resolution, for example, focusing on international collaboration to counter violent extremism with an emphasis on nonviolent alternative avenues for conflict prevention and resolution stated that, “terrorism will not be defeated by military force, law enforcement measures, and intelligence operations alone [my emphasis].” Not by military force alone. Let’s face it, when state leaders and generals hit the airwaves mostly unchallenged stating that there is no military solution to any given conflict, they are not seriously questioning the military approach.

Here’s the radically different approach, one that needs to be pursued in Afghanistan. Take the military option off the table. Demilitarize security and kick the door for peacebuilding wide open. Don’t fall back into the pattern of trying to address violence with bombs. At the top-level, diplomacy must prevail without the threat of war. Emergency humanitarian support needs to be provided when and where necessary. Peacebuilders on the ground in Afghanistan are calling on international partners to remain engaged and work with a complex security situation instead of falsely labeling actors as “good” and “bad,” to involve all who are part of the conflict, and to support locally led political and peace processes.

These are trying times for most Afghan people and those of the international community who have been engaged in humanitarian and peacebuilding work. The Taliban have a history of a brutal rule and committing atrocities against the Afghan people. They are not good for the Afghan people. Yet we need to remain steadfast in rejecting the expected calls to “get tough.” Those calls are merely a not-so-subtle way of saying it’s time to bomb and kill “the bad guys.”

Don’t blame what is happening now on the withdrawal of military forces that never should have been there. President Biden is right to pull out military forces occupying people who did not want to be occupied. Any sort of prolongation of the two-decade long occupation would not have changed a thing. Peacebuilding does, but there is no magic peace switch. This is where the Biden administration has a unique chance to change the course.

We must support peacebuilding efforts with the same rigor and resources applied to two decades of the military approaches. Let’s give the peacebuilders—locally and internationally—a chance to apply their tools, the resources they need, and the time processes of structural transformation take.

We must support the Afghan people who want to build their own democratic system and not ignore their agency during this crisis. There is a role for outsiders to support these processes in Afghanistan building on best practices of contemporary peacebuilding. The price tag, I can assure you, will only be a very tiny fraction of the hourly $32.08 million U.S. taxpayers are paying for total costs of war since 2001.

Patrick. T. Hiller, Ph.D., syndicated by PeaceVoice, is a Conflict Transformation scholar, professor, Advisory Board member of World Beyond War, served on the Governing Council of the International Peace Research Association (2012-2016), is a member of the Peace and Security Funders Group, and is Director of the War Prevention Initiative of the Jubitz Family Foundation.