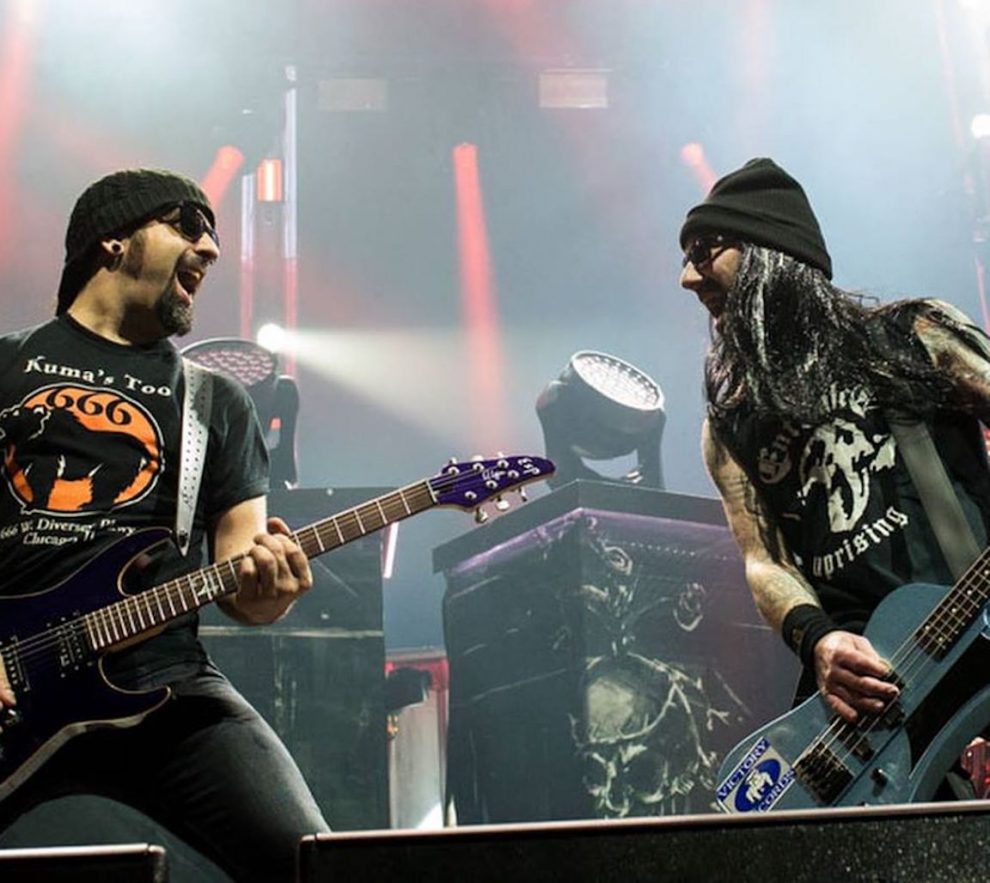 Volbeat’s latest single, “WAIT A MINUTE MY GIRL”  is currently #1 on the Mainstream Rock Songs chart. The Danish band’s latest single is their 8th to reach the top of the chart, racking up more #1 songs at this format than any other European artist (The Beatles had 20 #1 Billboard hits but that was before Mainstream Rock Songs Chart). The honor was previously held by U2, who’s record Volbeat tied last August when their single “Last Day Under The Sun” became their 7th number one on the chart.

VOLBEAT emerged from Copenhagen in 2001. Since then, they’ve tirelessly clawed their way to hard rock’s upper echelon with endless touring, including opening for Metallica, Motorhead and Slipknot, and a string of six full-length albums. Their 2010 album Beyond Hell/Above Heaven, which features hit singles “A Warrior’s Call” and “Heaven Nor Hell,” has received RIAA Gold Certification. 2013’s Outlaw Gentlemen & Shady Ladies, which includes the Grammy nominated “Room 24,” bowed at #9 on the Billboard Top 200 upon release, marking the highest U.S. chart entry for a Danish act since 1997. A distinction that Volbeat topped in 2016 when Seal The Deal & Let’s Boogie debuted at #4. The band also released Let’s Boogie! Live At Telia Parken, a concert film and album documenting their landmark 2017 Copenhagen show in front of 48,250 fans, the largest show a Danish band has ever performed in Denmark.

Bush, Obama and Trump all lied to the American people about the Afghan War
Kavinoky Theatre 2021-21 season