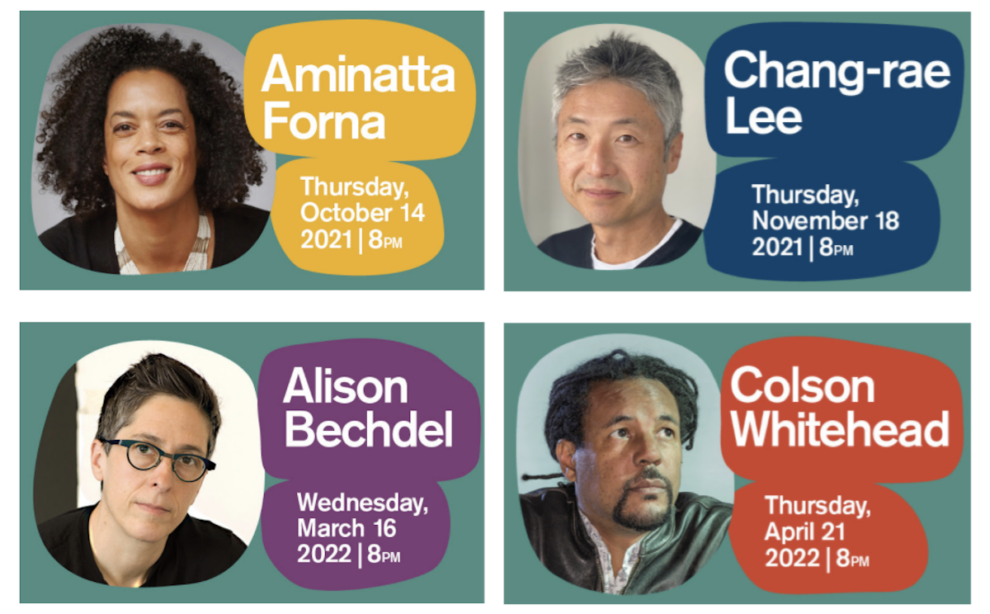 The season kicks off Oct. 14 with Aminatta Forna, author of six books including the novel “The Memory of Love,” winner of the Commonwealth Prize for Fiction and the recently released essay collection “The Window Seat: Notes from a Life in Motion.” Forna, who was born in Scotland, raised in Sierra Leone and Great Britain, and spent periods of her childhood in Iran, Thailand and Zambia, has been on Just Buffalo Artistic Director Barbara Cole’s radar for many years: “We’ve been excited about Forna’s work for a long time, and feel lucky to bring her to BABEL so soon after the release of her stunning new collection, which we’ve chosen as the featured book for her event.” Says the Washington Independent Review of Books of “The Window Seat,” “it may just be the perfect post-pandemic read, and Forna the ideal post-pandemic writer.”

On Nov. 18, the series continues with Chang-rae Lee, celebrated author of six novels including the PEN/Hemingway award-winning “Native Speaker” and Pulitzer Prize finalist “The Surrendered.” Lee, whose novels largely explore the Asian-American experience and themes of identity, was recognized in 2021 for a lifetime achievement in the Novel with an Award of Merit from the American Academy of Arts and Letters, as well as elected as a Member of the American Academy of Arts & Sciences. Lee’s newest novel, this year’s bestselling “My Year Abroad,” will be the featured book for his visit.

BABEL welcomes graphic novelist Alison Bechdel on March 16, 2022. Bechdel, an internationally beloved cartoonist whose eponymous “Bechdel test” has become a measure for gender bias in film, is the author of the graphic novels “Fun Home: A Family Tragicomic” and “Are You My Mother? A Comic Drama,” as well as the award-winning, self-syndicated comic series “Dykes to Watch Out For.” Bechdel’s newest book (as well as the featured book for her visit) is her 2021 graphic memoir “The Secret to Superhuman Strength.”

The season finale features a long-awaited appearance from Colson Whitehead on April 21, 2022. Originally scheduled as part of the Spring 2020 BABEL lineup, Cole says the bestelling author’s visit is well worth the wait: “If you’ve ever had the good fortune of hearing one of Whitehead’s readings, then you know how fierce and funny he is.” The featured book for Whitehead’s event is “The Underground Railroad,” which won both the Pulitzer Prize and National Book Award, and was adapted as a TV miniseries for HBO in 2021.

The new movie Bitchin’: The Sound And Fury Of Rick James is nothing but Clickbait
Goddess Statues: How to Find the Best of Them
Comment