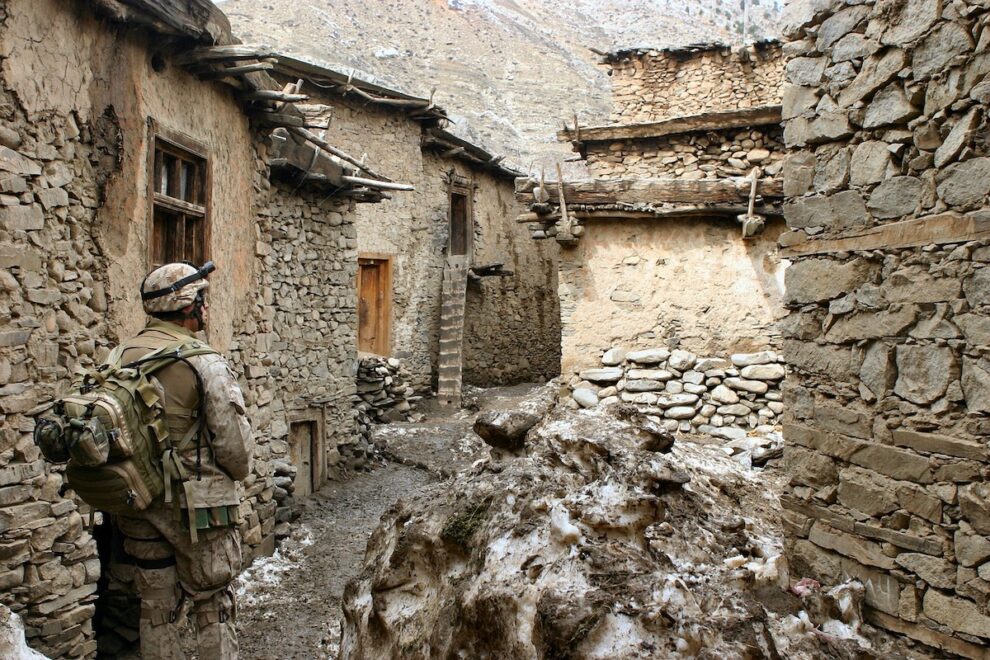 For years, military preparedness and war itself have been granted extensive support in the United States. At the current moment, public opinion is questioning whether this support has added to Americans’ security or placed it in greater danger. Indeed, the termination of a failed war in Afghanistan has brought into question, whether that war was wrong from the start.

Al Qaeda had provided shelter for those who had planned the attack on targets within the United States. They were a small group in a largely rural country which had fought off many powerful invaders, including the Soviet Union.  The larger population of Afghanistan was made of communities more identified with their tribes than with Afghanistan itself. A major governing force, the Taliban was deeply supported by Pakistan and was seen as an opposition to Soviet influence.  Within the Taliban’s sphere of influence, U.S. chose to aid a sect of warlords who would oppose Russian influence. After the United States initiated a war against Iran, the Taliban leadership offered opportunities to end the conflict in exchange for a guarantee of safety of the Taliban religious leader.  Taliban leaders also offered to help the United States locate Osama Bin Laden, as part of a deal to end the conflict.  These offers were rejected by Secretary of Defense, Rumsfeld and President Bush.  U.S. policy was guided by inadequate intelligence. It was also constrained by the assumptions that nations were comprised of elite leaders who were on our side either in a cold war against nation-states on the wrong side in a cold war against communism or in a declared war on terror. Nation-states were the recognized players.  Deals with them over economic use of their territory or military bases could be made without regard to the culture or to the voices of people who resided in these countries. Had intelligence sources been able to hear the voices of Afghan tribes, they would have become aware of how diverse the Taliban were.  Some Taliban were associated with Pashtun tribes crossing borders between Pakistan and Afghanistan. Some had leaders tied to Pakistani intelligence circles. Some Taliban groups had a non-confrontational goal of acting as a traditional government.  This group has consistently opposed Al Qaeda.  Others, were militant against the imposition of a government in Kabul brought there by a foreign power.

With the Soviet Union in retreat, the United States provided support to the Mujahadin warlords.  Their influence was strongly felt among a movement of Taliban sects which played no role in the terrorist attacks on the United States. The U.S. war on Afghanistan was aimed at supporting a government of our creation, a military force that we trained and supplied, and an endless series of bombing raids targeting Taliban forces. These raids resulted in large numbers of civilian casualties as collateral damage and great sympathy for a part of the Taliban message =– to get foreign military forces out of their country. The U.S. government supported a corrupt government in Kabul, tolerating the corruption while publicizing programs we had funded in the cities granting education and human rights to women.  The liberating consequences of this opening for the rights of women, however, were a product of western influences.  It was not shared by a majority of Afghan women who were faced with the world’s second high rate of infant mortality and hunger and subjected to the drone bombings killing or maiming their families