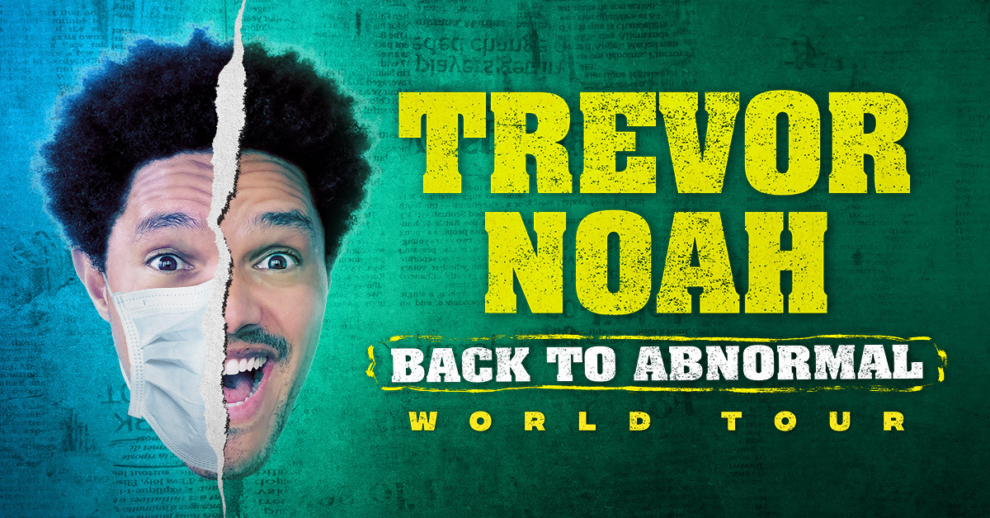 Produced by Live Nation, the Trevor Noah tour opened in London with two sold out shows at The O2 Arena and will continue with stops in Washington D.C., Houston, Chicago, Los Angeles, and more before the 2021 leg wraps up with two nights at San Francisco’s Chase Center on December 10th + December 11th. Due to overwhelming fan demand, 2022 dates have just been announced with 21 new shows including a night at New York’s iconic Madison Square Garden, stops in Baltimore, Indianapolis and more before ending internationally in Toronto’s Scotiabank Arena on October 1, 2022. General tickets for new dates go on sale Friday, October 1 at 10AM local time on LiveNation.com.

Noah’s critically-acclaimed late-night, The Daily Show with Trevor Noah recently returned to a brand new studio. The Emmy nominated show continues to engage with its fans by creating an interactive and robust social and digital experience including deep dive explainers, scripted and unscripted packages, as well as the show’s legendary biofilms on notable figures, and more. To date in 2021, The Daily Show is the #1 most-engaging late-night show with over 118M engagements, 2B views across platforms and 3.3B minutes consumed on YouTube.

The Benefits of Cloud Computing for Small Businesses
Are You Looking For A New Office Space? Here Are Some Tips
Comment