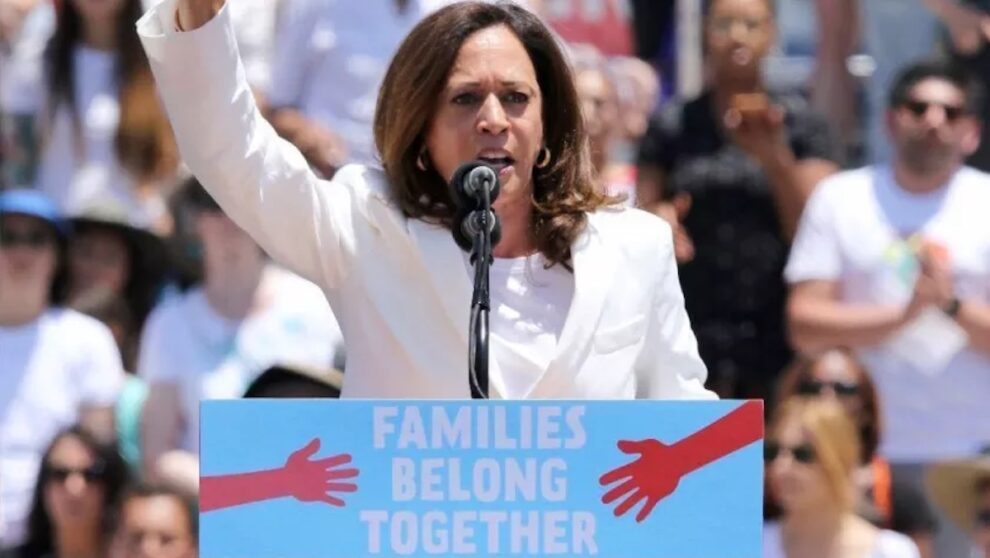 More than at any time in the recent past, Congress and the Biden administration have the means to open a path to citizenship to millions of undocumented residents who have been living in and contributing to, this nation for many years.

These residents include DACA recipients who were brought here as children; millions of individuals working in such essential fields as agriculture, health, construction; and people living in the U.S. under Temporary Protected Status for humanitarian reasons.

Because of obstructions and convolutions in the legislative process, however, the spotlight has now turned upon the vice-president as the key figure who must help make this change a reality.  Although recent polling has shown that over 69% of Americans favor opening a path to citizenship, the obstructive Senate filibuster rule has necessitated a supermajority of 60 votes to pass legislation of this nature.

Since that number of votes is out of reach, Senate Democrats proposed that the path to citizenship be included as part of the budget reconciliation process now being used to hammer out the second infrastructure package championed by the administration.  That process requires a 51-vote majority to pass.  But according to Senate rules, the inclusion of immigration reform in a budget has required approval by the Senate parliamentarian, an unelected Senate employee who serves in an advisory capacity.

The current parliamentarian, Elizabeth MacDonough, rejected the Democrats’ proposal, arguing that immigration reform had insufficient budgetary impact to be included in the infrastructure package.  Later, Ms. MacDonough rejected a second attempt to include immigration reform in the budget legislation, nixing a proposal to change a residency date for green card eligibility from 1972 to 2010 (i.e. making people eligible for green cards if they lived in the U.S. continuously since 2010).

That’s where Vice-President Harris comes in.

Ms. Harris can use her authority as presiding officer of the Senate to exercise her own judgment as to the appropriateness of including immigration reform in the budget reconciliation.  As 92 legal scholars recently affirmed, the vice-president can rely on the Senate parliamentarian for expert advice, but that, “the ultimate decision on a point of order lies with the Presiding Officer, subject to appeal to the full Senate.”  If she is challenged, a three-fifths vote of the Senate would be needed to overturn her decision.

In addition to the legal scholars, immigrant rights groups and other advocacy organizations are across the country, along with House progressives, are now calling upon the vice-president to include citizenship as a key part of budget reconciliation.

It’s time for the vice-president to step up on behalf of a just and necessary cause.

Too many times, the hopes for full citizenship – full membership and participation in American society – have been dashed for millions of people.  In the case of DACA recipients, outright hostility to the program has kept the lives of hundreds of thousands of young people in limbo, and the program itself was recently ruled unlawful by a federal judge in Texas, a ruling delivered in response to suits brought by Texas and eight other states.

It is no longer enough to cite the 30,000 DACA recipients who have continued to play critical roles in the pandemic as health care professionals, nor the millions of other immigrants who have played essential roles in feeding the nation, caring for its eldest and youngest members, and building and repairing its infrastructure – despite their lack of documentation.  Nor is it enough to cite endlessly the immense economic values that will accrue to our society from opening paths to citizenship.  There is a time when action, legislative action, is the only thing that will suffice.

That time is now.