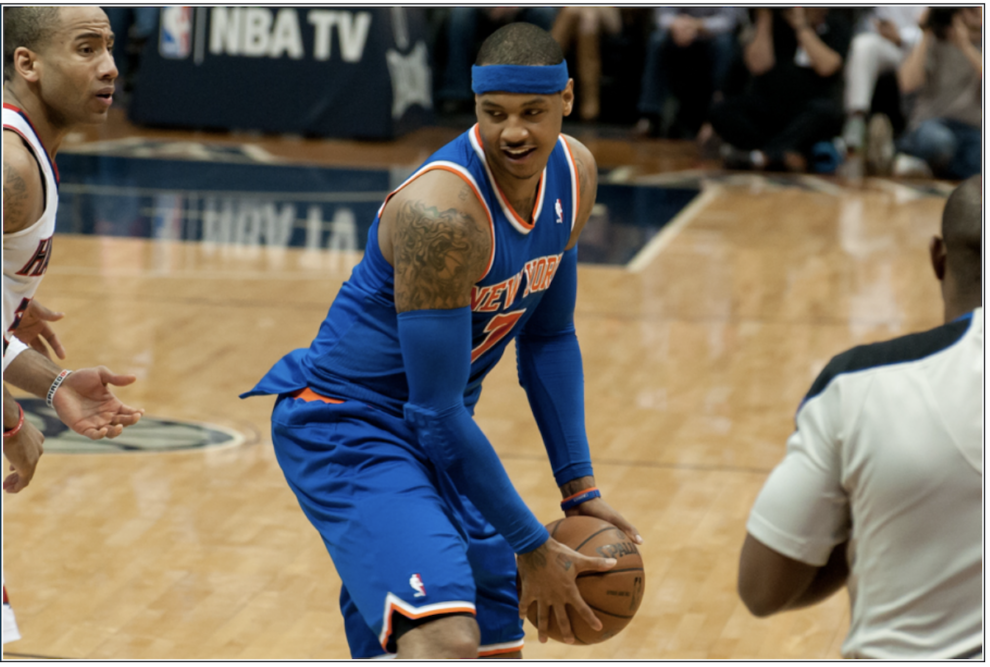 Knicks Can’t Keep Pace With Magic At The Garden

The New York Knicks dropped their first game of the young 2021-22 season on Sunday, falling to the Orlando Magic 110-104 at Madison Square Garden.

New York’s stingy defense had no answers for Terrence Ross or Cole Anthony — who led the Magic with 29 points. The duo combined for 51 points, and in total, six Orlando players reached double-digit points.

Anthony racked up 16 rebounds and eight assists in Orlando’s win. Rookie Jalen Suggs, the No. 5 selection of the 2021 draft, contributed 11 points and a trio of assists.

Orlando outscored New York 36-24 in the final frame to avoid the home-and-home sweep; the Knicks defeated the Magic 121-96 on Friday.

“Where do you want to begin? It’s a compilation of things,” head coach Tom Thibodeau said after the game, per Marc Berman of the New York Post. “We created a problem long before that, just understanding what goes into winning. We knew they would play with intensity and we didn’t. The fourth quarter has to be our best quarter and it wasn’t tonight.”

Despite the loss there were a few bright spots for Thibodeau’s squad.

Veteran point guard Derrick Rose turned in another strong performance, recording 23 points (he had 21 total points in the first two games) to go along with five rebounds and three assists.

Off-season free agent pickup Kemba Walker, who was used in a limited role on Sunday, shot 50 percent from the field (4-for-8) and had 10 points. The 31-year-old has recorded double-digit points in each of his first three games as a Knick.

New York is a 1.5-point underdog at BetMGM New York for Tuesday’s showdown against the Philadelphia 76ers (7:30 p.m. EST).

Robinson briefly headed to the locker room after injuring his ankle in the third quarter. But he returned soon after and finished with nine points and 12 rebounds in 32 minutes of game action.

After the game, Robinson said he “just tweaked it a little bit”, per Greg Joyce of the New York Post.

Robinson fractured his foot in last season’s Mar. 27 road game against the Milwaukee Bucks, and he was forced to miss the remainder of the regular season as well as the playoffs.

The Knicks sorely missed Robinson’s production in the postseason, as they were ousted by the No. 5 seed Atlanta Hawks in the opening round.

The loss to Orlando on Sunday didn’t hurt the Knicks in ESPN’s Week 2 NBA Power Rankings.

After placing 14th in last week’s rankings, the Knicks moved up to the No. 11 spot.

Six Eastern Conference teams were placed ahead of the Knicks in the power rankings, and two of them reside in the Atlantic Division: the Nets and No. 7 ranked 76ers.

Vs. 76ers: The Knicks will welcome the 2-1 76ers to Madison Square Garden on Tuesday before they visit the surprising Chicago Bulls (Thursday at 8:00 p.m. EST) at the United Center.

Philadelphia is a tough matchup for the Knicks. Joel Embiid and company swept Thibodeau’s group 3-0 in the season series a year ago, though two of those games were decided by single-digit points.

The Knicks’ defense may be able to limit Embiid’s damage in the paint, but they don’t have the answers for the superb outside shooting duo of Tobias Harris and Seth Curry. New York also doesn’t have the star power to keep up with Philly’s big stars.

At Bulls: The Knicks will then try to cool down the Bulls, one of the early pleasant surprises of 2021-22.

The Bulls don’t have the defenders to combat the Knicks’ top scorers. Thibodeau’s familiarity with Chicago — whom he coached from 2010-11 to 2014-15 — and New York’s superior bench should be more than enough for New York to leave with a valuable road win.

Is A Coal-Free Future Really Possible In The United States?
The Ambrose Papers Part 1: ‘Secrets and Lies’: TV Writer Chris Ambrose and the Connecticut Family Court Puts Children in Danger