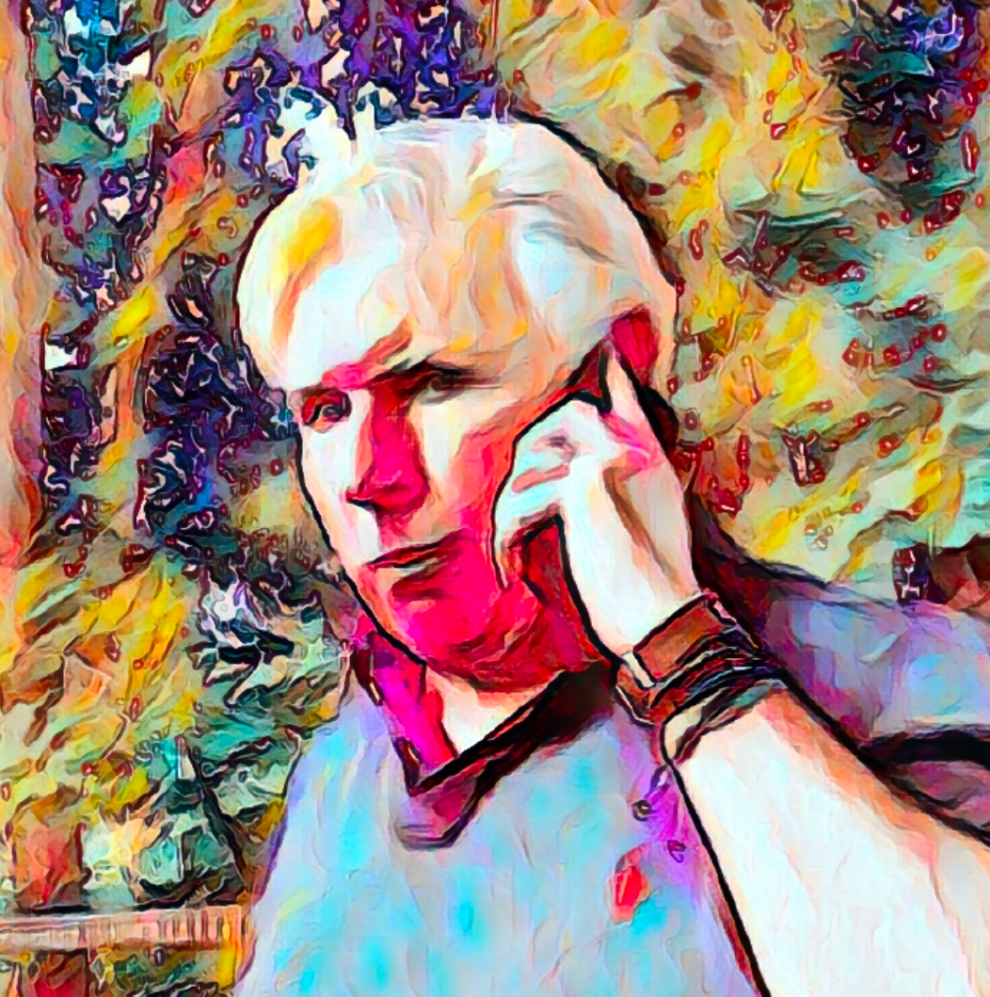 This is the story of former TV writer Chris Alwyn Ambrose, 59, and his efforts to divorce his wife, Karen Beth Riordan, 55, get permanent and exclusive custody of their children, Mia, 14, Matthew, 14 and Sawyer, 11, avoid alimony and child support and keep all the marital assets.

All three children want to live with their mother by their own accounts.

His career was shattered so he came back to Connecticut to live with his children and his wife and to arrange to divorce her. The reason his career was lost was that he was caught plagiarizing and fired from the TV show Instincts. His agents dropped him – for this is the one unforgivable offense for Hollywood writers – stealing intellectual property of others and calling it your own.

The mother, Karen, is an unimpeachable character. She is one of those rare souls in this world who is pure, who is honest, who never did a foul deed or commit a breach.  For 17 years she taught and was awarded teacher of the year for the Greenwich school district in 2003.

So Karen chose to adopt and her choice was, in keeping with her sterling character, to adopt three special needs children, the above named Mia, Matthew and Sawyer, three Hispanic children, when they were tiny infants, and she became their fulltime mother. She devoted 13 years, every day of her life during all those years, to raising her children. They were her life and she theirs.

Then Ambrose came home from California after being booted out of the industry he worked in — sent hat in hand home, and he succeeded in taking them away and subsuming all of the marital assets, and even Karen’s inheritance from her mother, which none of it was his.

Today she is not permitted to have contact with her children by order of Connecticut Family Court monsters, Judge Gerald Adelman and  Judge Jane Grossman: No contact with the children Karen alone raised.

Both of these judges allowed Ambrose to keep more than $2 million in joint marital assets, and keep Karen’s inheritance without requiring him to disclose where he put any of the money after, just prior to filing for divorce, he covertly transferred their assets into accounts he controlled. All except one a small stock account, which had both of their signatures on it, which he is trying to get control of now.

This is a story that may wind up as national news because it reveals some very interesting aspects of divorce and custody of children when it is decided by family court judges when one party has control of the money.

On July 19, 2019, Ambrose, represented by attorney Nancy Aldrich, brought an action for divorce against Karen, his wife of 14 years. At the time the family was living in Westport Connecticut. Soon after the mother and the children went to Narragansett, Rhode Island where they usually spent summers with her family. [There are no more summer vacations with the family since Ambrose has denied the children access to the mother’s side of the family.]

In September, Judge Rodriguez appointed attorney Jocelyn B. Hurwitz, of the law firm of Cohen and Wolf, as guardian ad litem for the children. Her retainer called for payment from the parents of $400 per hour. Because Karen was locked out of the marital assets [and even her own inheritance,] she was not able to pay her share. Ambrose began paying Hurwitz and the two Hurwitz and Ambrose got along famously.

Ambrose quickly understood how the bread was buttered in Connecticut Family Court and he buttered her richly, making it easy for Hurwitz to bill obscene amounts of money— so far more than $180,000 – to assist in determining what is best for the kids.

He knew that this $180,000 was far less than the more than one million he took from Karen’s share of the marital assets and if the guardian ad litem sided with him – in fact, if she would do as he bid her do – he could avoid child support and alimony too. That was worth hundreds of thousands.

With the help of the guardian ad litem, the well-paid wolf of Cohen and Wolf, the ravenous Jocelyn Hurwitz, a change of judges was effected and a friendly female Judge, Jane Grossman took over. The orders of Judge Eddie Rodriquez were cast aside.

Between Nancy Aldrich, Ambrose’s attorney, the wolf Hurwitz, the Ambrose-paid guardian ad litem, and an Ambrose-paid psychologist, the quack, Dr. Jessica Biren-Caverly, who after meeting with Karen for a few hours declared in her report that Karen had an unspecified personality disorder, Judge Grossman handed the children to their father – with a no contact order for the children with their mother.

By the way, did I mention that Ambrose paid for the report?

That’s all it took.

On April 24, 2020, [a day of infamy] the court granted Ambrose “temporary sole legal and physical custody” and ordered that, “the mother may not have any contact with the children, directly or via third parties. She is not to respond to any contact the children may initiate.”

That temporary custody is now 18 months and counting. But a strange thing happened. You might think that these young minds with their young hearts would forget their mother.

But somehow, worse luck for Ambrose — they haven’t.

Yet – no matter how many times the children beg their mother to rescue them, she may not, by order of the infamous Connecticut family court, have contact with the children, the ones she raised every day of their lives from their infancy to their early teens.

Until the day when Judge Jane Grossman stepped in.

Out of sight is not out of mind however for the children – though it has been 18 months without their mother.

For it wrung the hearts of these children. When they need the comfort of their mother, all Ambrose, in his deviant mind, can offer is loneliness. He moved them to a secluded home. He cut off all contact with the mother’s family and friends – the people they grew up with – for remember the father was always away in Los Angeles, while they grew up in Connecticut.

Sadness caused by the absence of love is the lot of these children. It must be clear to any thinking person that the father does not love them. He can’t love them, for if he loved them even slightly he would not fight to deprive them of their mother. He would fight to see she was in their lives.

This is Part 10 of the Ambrose Papers.

In case you doubt the children want to be with there mother, here is what Mia wrote [she is gifted poet]:

A place filled with thoughts,Thoughts of peace.Thoughts of hope.I am not alone there,She’s there.My mom,She walks me to the river,The river of laughs,When we were together,Together at the beach.Together throwing the ball for the dogs.I was happy with her,She made me feel safe,She’s my mom.I miss her everyday,But I hold onto the dream land I call home,In hopes of one day returning like Wendy toNeverland.

Here is another of her poems – that touches on her summers in Rhode Island – and her mother and her family – now lost to her.

Weight the reflection of the Narragansett ocean,

With seagulls in the air and a cool summer breeze.

Where I boogie board in the summer.

Where I see my family,

The bike moves down the street with a path,

to new places every turn.

Here is what Matthew wrote to his mother [if Judge Adelman reads this he will probably punish Karen for accepting the text].

Now just to see you one more time.

I don’t want to do anything.

I just want to see you.

If I had the choice of

spending my life here or

seeing you for one more

day and then I die, at least

I would die happy.

But nothing is killing me. It’s

Here is another text

I miss you so much.

I just want to see you again.

I miss you so much

I can’t feel my hands

Because I’m hyperventilating from crying

I love and miss you

I can’t stress enough how much I miss you. It is hurting

me. I just want this to end.

I can produce hundreds more of the same ilk – children crying for their mother, dying a little inside each day.  But don’t tell Judge Adelman or Judge Grossman. Don’t tell the rapacious wolf of Cohen and Wolf, Jocelyn Hurwitz.  Or Dr. Jessica Biren-Caverly.

They’ll just find a way to punish the mother and of course the children. Isn’t it bad enough? Ambrose took their cell phones, suspended their internet. Has no land line and keeps them from their family and their mother? He took the door knobs off their doors on Christmas day so they could not shut him out of their hurting hearts for even a minute.

Though two hospitals Yale New Haven and Children’s Hospital reported that the children claimed sexual abuse and should be tested and that two of the children have been cutting themselves, the wolf Hurwitz and the judge intervened and did not require the children to be tested for abuse.

They were returned to their father in the teeth of Department of Child and Family’s recommendation to the contrary.

Here is another text from Matthew to his missing mother

Matthew during the happy period of his life, when he lived with his mother.

to go home. Dad is saying

longer, which is literally

going to kill me. I miss you

I miss you so much.

I can’t take it anymore.

I miss you so much. I love

Now you have read what the children wrote, in our next post you will get to read what the hard hearted Judge Adelman wrote. I promise you will be shocked.