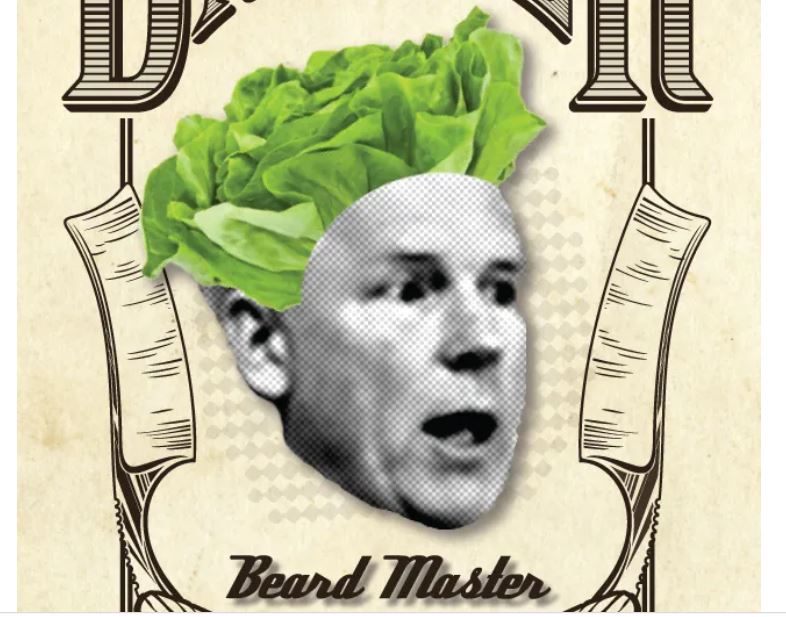 This is part #8 of the Ambrose Papers, the story of former TV screenwriter, lawyer, and make believe barber, Chris Ambrose, of how he got custody of three children and how their mother, Karen Riordan, was prevented from seeing them.

It provides a chance for us to tell a story with art, which enables us to realize the truth of what is a quiet, endless tragedy.

This is a story about Connecticut Family Court and three characters who make their living from it. Women who think that money does everything and wound up doing everything for money.

These are an example of the adage, “three women in a room,” making decisions effecting other people, without mercy, justice, or joy, without scrutiny.  Until Frank Report arrived to attempt to get justice for the defenseless and for the right to triumph finally.

The three women are Judge Jane Grossman, a family court judge, who ruled that children may not see the mother who raised them every day of their lives from infancy until her ruling on April 24, 2020, some 18 months ago, when the children were 13, 13 and 9.

Next, of the three female rogues, is a wolf in guardian clothing. Anyone who dares, with vain hope, to enter Connecticut Family Court ought to be afraid, unless they have money. She is the court-appointed guardian ad litem, Jocelyn Hurwitz, a lawyer with the law firm of Cohen and Wolf, the ravenous firm fit for the rapacious and monstrous.

She illustrates for the world, may her image be known throughout all time, that there is no torrent like greed.

Yes, she is a grim one, who fats the children to fatten her, and fats herself for the maggots.

This remarkable lady has billed an astonishing $180,000 to act in the best interest of the children as their court appointed guardian. She is far from done. As long as the dispute rages between the millionaire father [with the money] and the stay at home mother [who hasn’t a dime] but raised the children and wants their best interest, will fight to get them back where they want to be, the father will continue to pay the guardian to ward off the mother. At $400 per hour.

It’s fair to say the guardian is not the children’s guardian as much as Ambrose’s guardian, which is only fair since he pays her.

Which brings us to number three.

Any smart, money-driven guardian ad litem who wants to ensure her best interests, needs a good custody evaluator who will ensure the results that will lead to the most billings. Both must take care of their own best interests, for, after all, this is their living.

In this case there is only one way to go: recommend the father, who has the money and pays them.

I am referring to Dr. Jessica Biren-Caverly. Her slanted report [at $12,000] was used in the divorce trial of Ambrose and Riordan, which, along with her testimony [at $5,000], justified Judge Grossman’s decision to take the children away from their mother.

She is the third in the triangle. Paid by the father, whom she happened to decide was the right parent to be with the children. Just as he wanted.

Dr. Caverly slants the way the guardian leans, while pretending to be perpendicular.

I’m not saying these are born grifters…

I’m not saying they are vultures….

Perhaps you can find a better word to describe them, these two varmints, whose lamentable tyranny created the theft of happiness of three formerly happy children, while they profit.

Finally, this is a story about the devil’s agent, Chris Ambrose, former TV writer [fired for plagiarism], lawyer [inactive], millionaire [through the theft of his wife’s share of the marital assets], and make believe barber. Make believe because he trolls online, pretending to be a barber, to find men.

A little art work and a bit of background, like sherbet between courses. It sets the stage for our next series of posts, where we will get down to serious business, of proving corruption, conspiracy and fraud, crimes of passion and crimes of logic, as we dive into the bowels of Connecticut Family Court, as we examine for the public and help prepare law enforcement – let’s call it “a case in a box”– of what transpired here.

In our next post we will examine the role of Dr. Jessica Biren-Caverly in the divorce and custody dispute of Chris Ambrose and Karen Riordan.

In the meantime, let us not forget the children, of how their young hearts are cracked and the mother who aches with sorrow. May these children walk soon again with their mother, let them see the joyous inseparable unity. This concludes part #8 of the Ambrose Papers.